Eric Mangini is a former American college football player and football coach who last served the San Francisco 49ers' defensive coordinator. Earlier, he worked as a head coach for Cleveland Browns and New York Jets, having started his professional coaching career as an offensive assistant for Cleveland Browns in 1995. He currently serves as an NFL analyst for FOX Sports 1.

Eric Mangini was born to mother Nancy Mangini and father Carmine Mangini on January 19, 1971, in Hartford, Connecticut. His father also played football for his high school, Weaver High School, and was his inspiration to play during his childhood.

Eric's father passed away when he was 16. His father who formerly was a Navy member later worked in an electric company in Hartford. Carmine was a huge New York Giants fan who loved Bill Parcells and Bill Belichick.

He also has a brother named Kyle Mangini.

Mangini attended Wesleyan University in 1994 and graduated with a degree in political science and earned four varsity letters in football.

Eric Mangini Salary and Net worth

Eric Mangini, who currently works as an NFL analyst, reportedly earns about $200,000 from Fox Sports. He is living a comfortable life with his $1 million net worth mostly earned during his coaching career.

His salary while working as a head coach for New York Jets from 2006-08 was reported to be $2,500,000. He reportedly earned $5 million in 2 years. Moreover, his contract with Browns as a head coach was worth $7.8 million for two years with the average annual salary of $3.9 million.

In 2008, he bought a house in Morris County's Harding Township for $4 million.

Eric Mangini started his coaching career as an Offensive assistant for Cleveland Browns in 1995. He then joined the Baltimore Ravens in 1996 and moved to New York Jets as a defensive coordinator after working for a year.

Mangini remained with Jets for 2 years and joined New England Patriots as Defensive backs coach. Two years in the same position, he was then appointed as their Defensive coordinator.

He was then hired by New York Jets as their head coach- making him the youngest coach in NFL history at the age of 35. He was fired by Jets in 2008 and then accepted the offer of head coach from Cleveland Browns in 2009.

Eric Mangini is married to his wife Julie since June 9, 2001. The couple first met in Baltimore in 1996 and were introduced to each other by Chiefs personnel czar Scott Pioli. Some source claimed that Eric and his wife Julie are divorced now but no any confirmation has been made yet. 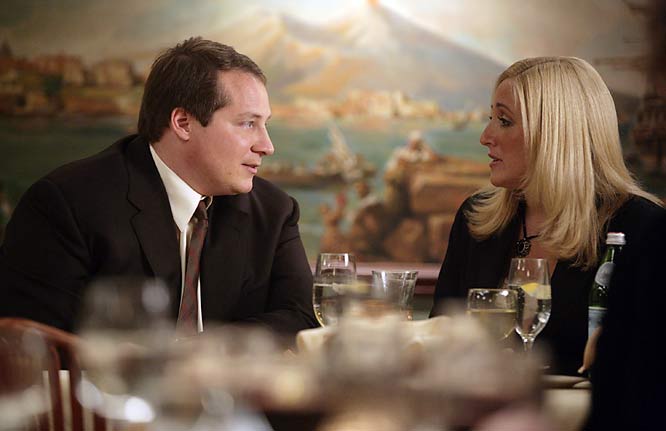 “Scott actually is responsible for me meeting Julie. On the relocation weekend to Baltimore ... Scott was friends with Mark (Shapiro). He was going out and he said, ‘Hey, do you want to come out? We’re going to meet my buddy’s sister and her girlfriends and, look, you can talk to any of the girls ... just don’t talk to my buddy’s sister.’ ”