Bill Parcells is a former American football player and coach. Since 2014, he is a courtesy consultant of the Cleveland Browns. He serves as an NFL analyst for ESPN. He played as an offseason and/or practice squad member for Detroit Lions and spent most of his career as the coach of many teams for 19 seasons. As an executive, he served to New York Jets (General Manager), Miami Dolphins (Executive Vice President of football operations), and Cleveland Browns (Courtesy consultant).

Bill Parcells got a divorce from his wife Judith Goss after 40 years of marriage in 2002. He has three daughters from her. He is reported to have a net worth of $25 million in 2022.

Bill Parcells is estimated to have the net worth of $25 million as of 2022, mostly earned through his career in NFL. Not to mention, Parcells earned a huge net worth during his coaching career. During his 19 years in NFL, he reportedly earned around $40 million in salary. In 2007, he signed a four-year, $16 million contract with Dolphins, that reportedly paid him $4 million as annual salary as an Executive vice president of football operations. 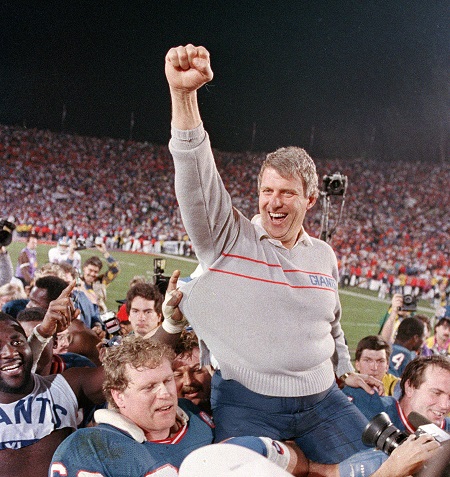 Parcells was a man behind the rise in the value of the teams he coached. The value of New England Patriots, New York Jets and Dallas Cowboys, after he coached, was increased by combined $300 million in combined. Currently, he serves as an NFL analyst for ESPN and his annual salary from the job is reported to be around $100,000. Additionally, he also works as a Courtesy consultant for Cleveland Browns through which he earns decent sums.

Parcells owns million dollar mansion on the Jersey Shore, New Jersey (NJ), US. Further, he also has a another lavish mansion in Saratoga Springs, New York (NY), US and an apartment in Jupiter, Florida.

Bill Parcells was married for 40 years to Judith Goss. The couple got married on March 3, 1962, but called off their relationship and got divorced in 2002. The divorce was finalized in January 2002.

The couple split in a mutual decision. They quietly agreed to an undisclosed property settlement in early December 2001. 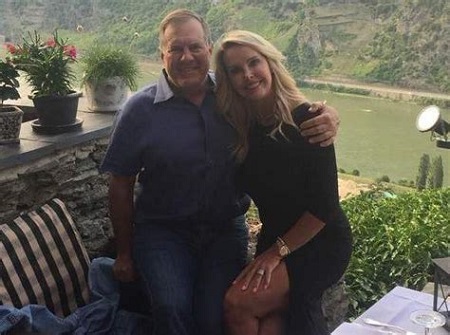 My wife and I have an amicable relationship. There’s nothing here. It’s over and it’s done with, and we have a good relationship.

Parcells said after the divorce.

He is philanthropic. Until now, he has worked for several charitable causes. His success story is worth to watch for the upcoming players and they can walk in his footsteps to get success. He is the perfect example of what a sportsperson should like.

Bill Parcells was born on August 22, 1941, in Englewood, New Jersey. He was born to Charles Parcells and Ida Parcells and has two brothers named Doug and Don Parcells. He holds an American nationality and his ethnicity is white. His birth sign is Leo.

Bill Parcells was born and raised in his hometown. His mother, Ida Parcells was a housewife. His father Charles Parcells played as a quarterback for the Georgetown University. He served to the FBI before being a lawyer for Uniroyal Tires.

He had huge interests in sports but his father wanted to make him a professional lawyer. Later on, he got transferred to Wichita State University where he received a degree in physical education.

Bill Parcells was drafted in the 7th round by Detroit Lions in 1964 but was released the same year without making a single appearance. He then thought to pursue his career in football as a coach. As a linebackers coach, he started his coaching career with Hastings.

Bill Parcells took retirement for the third time in 2007 but soon returned as the new Executive Vice President of Football Operations of Miami Dolphins. He quit his position at Dolphins in 2010. He was included into the Pro Football Hall of Fame in 2013.

In 2012, Parcells hinted the possibility of his return to coaching in an interview with Mike Tirico.

Since 2014, Parcells has been working as an analyst for ESPN.