Eric García Martret a.k.a. Eric García is a Spanish footballer who is currently signed to the English Premier League club Manchester City. An academic product of Barcelona, Garcia joined Manchester City in 2017 and with the team since then.

Signed to Premier League side, Manchester City, Eric Garcia currently earns  £12000 weekly i.e, £624,000 from the team. Furthermore, players such as Claudio Bravo, Kyle Walker, and Bernardo Silva. Besides, the footballers earn from the endorsement deals. However, Garcia has not disclosed his endorsement deals. 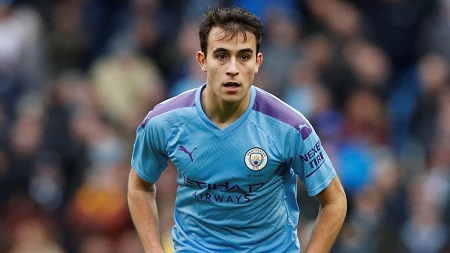 Eric Garcia during match SOURCE: AS English - Diario AS

His current market value is recorded at €6.30 million. Earlier, his market value was €7 million, which is his highest market value to date. As of 2020, his net worth is approximately $0.5 million.

Reportedly, Eric Garcia has been linked with a return and has agreed with personal terms to Barcelona. But, manager, Pep Guardiola is pretty sure that the central defender will stay at the Etihad.

The Blues are ready to give the 19-year-old defender a big pay increase and extended contract after his outstanding form since the restart.

Eric Garcia's Girlfriend: Is He Dating?

Neither married nor in a relationship, Eric Garcia is currently single. A matter of fact, the nineteen-year-old has maintained his love life pretty confidential. To date, there are no records of his past or present love affair or girlfriend. 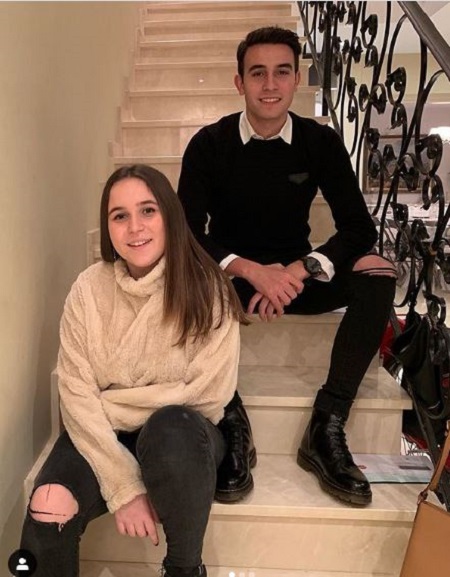 On the other hand, he is a career-oriented person. On his IG bio, he wrote, "There are no impossible dreams, for those who are not afraid to pursue them."

Started Football At The Age Of Eight

A product of La Masia, the Barcelona academy, Garcia joined Machester City in 2017. In 2018, during summer pre-season, he was called up by the first team. His debut for Manchester City came on 18 December 2018, starting in the EFL Cup quarter-final against Leicester City. Also, Garcia appeared in a center-back pairing with Nicolas Otamendi, with the match finishing 1-1, City winning the tie on penalties.

On 21st September 2019, he made his Premier League debut on as a 63rd-minute substitute for Nicolas Otamendi in an 8–0 victory against Watford. Moreover, García was in the starting eleven versus Arsenal for Manchester City's first match back after the Covid-19 pandemic break, with City scoring a 3-0 triumph, on 17th June 2020.