Emoni Bates is an American college basketball player for the Memphis Tigers of the American Athletic Conference. Emoni is one of the successful Basketball Players and was ranked on the list of those famous people born on January 28, 2004. He is one of the highest-ranked players in the 2021 class.

Emoni was born on 28th January 2004 in Ann Arbor, Michigan, given the nickname "The Next Kevin Durant" He was born at the University of Michigan hospital in Ann Arbor. Emoni started playing basketball at the age of three. He used to dribble around his house. He is a big fan of Kobe Bryant since his childhood.

Emoni's father, E.J. Bates, was a former professional basketball player who trained him with different drills, and the main behind his success is his father, who has trained him from a young age. Emoni went viral while he was in the seventh grade as a top prospect where one of his highlights reels on Youtube has struck one million-plus views. He joined the Lincoln High School in Ypsilanti, Michigan, won the state championship, and won the Gatorade National Player of the Year boy's award. He then moved to Ypsi prep High school for his final years, which his father created. 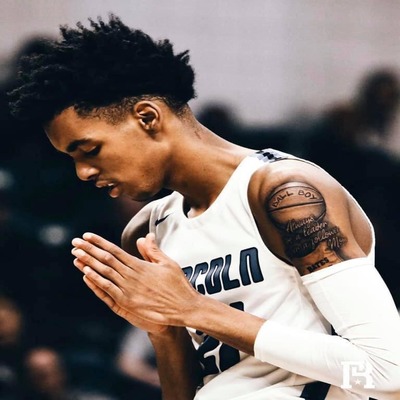 Emoni got recognized in the nation in early 2016 after an amazing match with the Toledo Wildcats AAU. At the Ypsilanti, he won the Michigan High School Athletic Association Southeastern Conference White Division title during his high school.

Later Bates was awarded the Association Press Division 1 Player of the Year and All-State first-team honors and was titled "best freshman to ever play in Michigan."

Emoni Bates Earnings and Net worth

Emoni's net worth is $1-$3 million. He has such an amount of wealth from his primary career as a Basketball Player, He is a young one and more of his years are yet to come for him. He has a great journey ahead, and his net worth will increase rapidly in the coming years. He earns $35,000 annually.

Who is Emoni Bates dating?

Emoni is private about his personal life and love life. He is young, and he has not been seen dating around with girls, and there is no information about him dating previously.

Emoni focuses on his career and is doing a great job. He has a lot of journeys ahead and is not that open about his love life. Clearly, he is single, and there is no information about him dating.

Emoni loves spending time with his family. His father, the former professional basketball player, is determined to improve in these coming years. Bates has a brother he adores a lot. His family has been his prime supporters. Bates is popular on Instagram. Despite the fact, he has posted only 2 posts, he has 408k followers, which is a great number. His Instagram account goes by emoni21.