Emil Krafth is a Swedish footballer who currently plays as a right-back for National Team of Sweden and Serie A club Bologna. The 23-year-old footballer has played for Lagans AIK, Osters IFand Helsingborgs IF etc. Since his tender age, he is a supporter of Manchester United.

Emil Krafth is the agent of Global Soccer Management.

Emil Krafth was born as Emil Henry Kristoffer Krafth on August 2, 1994, in Stockholm, Sweden. Regarding his nationality, he is Swedish. He grew up with his brother, Gustav Krafth and, sister, Alma Krafth.

Krafth current market value is estimated to be around £1.53m as of December 29, 2017. According to some sources, his gets paid around $1.07 million as a yearly salary from his current club. As per FIFA, his current wage  €36K which would make him earn around  €1.8 million in a year. 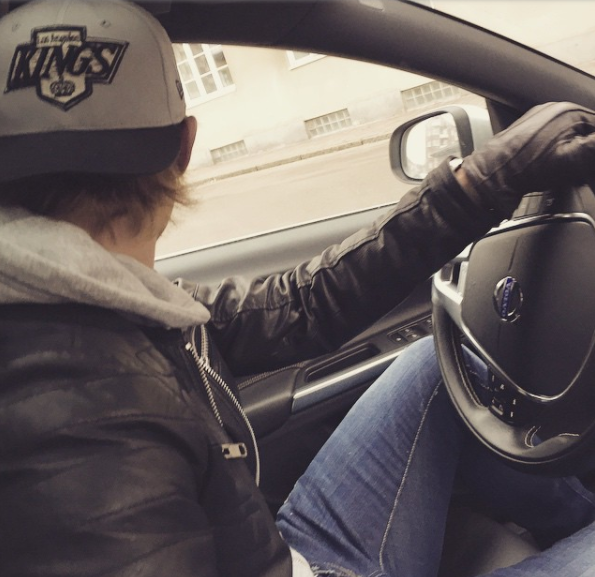 Till now, his exact net worth is in under review. Looking towards his progressive career, we can assume that his net worth is no less than in millions.

After a year in a youth team of Osters IF U-19, Krafth was promoted to a senior team in 2011. Before leaving the club, he played 24 matches.

At the age of 18, Emil Krafth earned his first international cap with the Sweden U-17 Squad under the coach Magnus Wikman.

After a couple of years in a youth team, Krafth made his international debut on January 17, 2014, under the coach Erik Hamren. He has been capped 11 times by the national team.

Krafth is covered by Ludwig Augustinsson, Martin Olsson and Andreas Granqvist in the international fields.

Emil Krafth is currently in a relationship with his beautiful girlfriend, Lina Lundqvist and they are living together in Bologna.

Emil Krafth is active on Instagram with 11.2K followers and often posts his partner's pictures. He has also enjoyed his vacation in world's expensive destination that includes Rome, Paris and, Thailand.