Eli Dasa started his career back in 2010 at the club Beitar Jerusalem, situated in Jerusalem, Israel. Israeli's right-back Eli Dasa also plays for his national team Israel. Besides the right-back position, he also plays from the right-wing and right-midfield positions. He has earned thirty-six international caps for his national team as of now. He has won the Israeli Premier League and Israeli Toto cup both twice.

Who is Eli Dasa? Bio and early information

Elazar Dasa, professionally known as Eli Dasa, was born on December 3, 1992. The twenty-nine-year-old is initially from an Ethiopian-Jewish family, from black ethnic history and holds Israel nationality. Eli Dasa was born in Netanya, Israel. He attended Israeli schools and completed his proper schooling in Israel because Eli was raised in Israel. Eli Dasa has one brother, Or Dasa, a footballer by profession and plays from the Portuguese club Arouca. He also played for the Israel U21 team.

Net Worth, Salary and Contract of Eli Dasa

Eli Dasa debuted as an experienced and skilled football player at Club Maccabi Tel Aviv in 2015; before club Vitesse, Eli has played for diverse clubs based in different global leagues. Eli's payment for playing professional football from the Vitesse club is £5,300 weekly and £275,600  yearly. 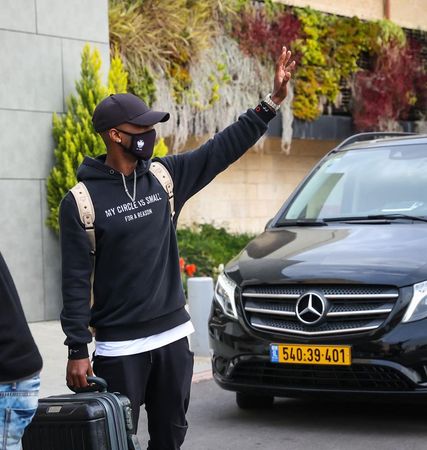 Eli also gains a reasonable sum of money from acceptance and commercial deals. Though he generates a good revenue from brand advertisement, he has never been revealed how much finances he produces from commercial agreements.

According to the transfer market, Eli has a current market worth €1.50m as of January 7, 2022, and Eli's contract with club Vitesse expires on June 30, 2022. Eli Dasa's net worth as of 2022 is approximately $3 million. According to the media, Eli has his home in Isarel and enjoys the magnificent things in life.

Who is Dasa dating?

Eli Dasa, an Israeli defender, is a superb and magnificent player who shares his personal information with his followers. Eli Dasa is currently in a relationship with an Israeli woman. Her name is Yarden, and she is a student of Law. When the love birds have free time, they enjoy journeying throughout the area. They are both happy in Isarel and spend higher grade time with one another. They are set to get married shortly as well.