Egypt Vs. Uruguay, kick off time, betting odds, possible line up, Players to Watch, along with the result 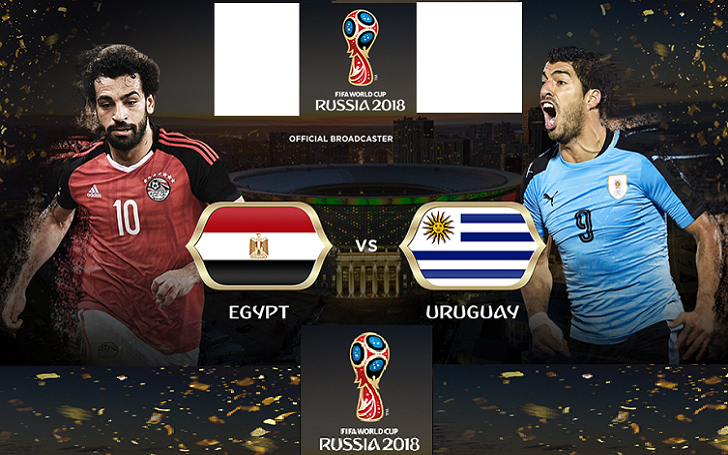 Yet another remarkable game that is lined up for 15th June in the ongoing FIFA World Cup 2018 in Russia is between Egypt and Uruguay. The Group A match between Uruguay and Egypt will be the first match of the day this Friday at Ekaterinburg Arena.

These two teams will enter the stadium with a mentality to win at 8 a.m. ET. Both the teams are looking to start their opening match with a win, so let's see what are the betting odds, possible line up, and the possible result will be like.

Before betting your money on any of these teams, you need to know what betting odds between these two teams are. As per stats from previous games, Uruguay so far is leading Egypt by one goal, and has -165 on the money line, meaning if you put $165 on the line, if victorious, you will win $100 extra from your bet.

As of 15th June, Egypt can be termed as an underdog with the winning odds of 1:1.6, but 0.6 statistically isn't a huge difference as we saw Russia which was one goal behind Saudi Arabia win the match with 5-0 goal difference. Hence, if you want to earn $165 dollars extra from investing $100, you should opt out for Egypt who is still looking for their first-ever world cup victory.

Egyptian star Mohamed Salah who was anticipated to be off the match after his UCL final injury is reported to play in the Group A opener. So, the Liverpool's player who carries the biggest weight in 2018 world cup with 171.3 M euros which in combined is larger than whole Egyptian team's value will be the star highlighting Egyptian side. 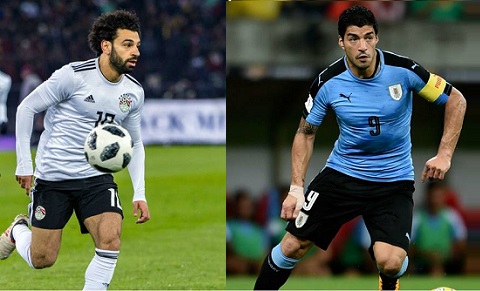 Salah, who scored 43 goals across all competitions for Liverpool this season, was injured against Real Madrid in the UEFA Champions League final.

Egypt, which is making its first appearance at the World Cup since 1990, will further be led experienced Argentine manager Hector Cuper, the Pharaohs seem more ready to make name for their country on the biggest stage of the sport.

Whereas Uruguay is looks filled with more stars and has a good record compared to Egypt. Uruguay, a team that reached World Cup semifinals in 2010 has won the 2011 Copa America and has qualified for three consecutive World Cups.

Players to watch this morning from Uruguayan squad are attacking duo in Luis Suarez and Edinson Cavani. Cavani scored 10 goals in qualifying for the 2018 World Cup, the most of any player in Copa Libertadores. Diego Godin from Atletico Madrid will be on the defensive line which makes it pretty hard for Egypt to breach the defensive line. 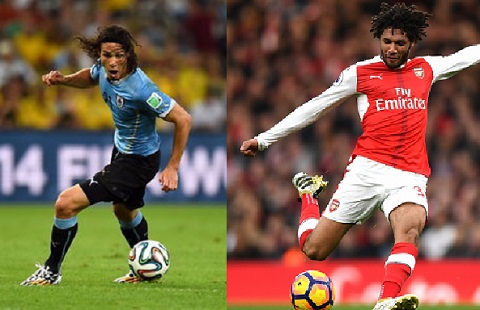 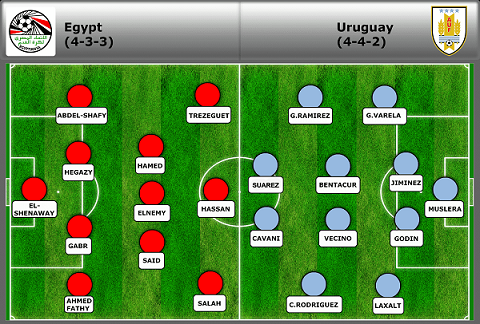 Possibly, the Uruguayan side will have a 4-2-2-2 formation with two strikers Cavani and Suarez. Whereas Egypt will be playing with 4-2-3-1 highlighting M Salah as its main playmaker and striker.

The result will be updated as soon as the match takes place, but looking at the team formation and betting odds Uruguay is anticipated to win today's match on 15th June 2018's W-cup Russia.

Egypt Vs Uruguay: Jose Gimenez scores the First goal for Uruguay and leads with 1-0 in the Final Moments of the Regular Time.