Edson Alvarez is a Mexican international soccer player who plays for  Ajax and the Mexico national team. He previously played for Club America from 2016–2019. The footballer can play right-back, center-back, or defensive midfielder.

Alvarez has been playing for the national team of Mexico since 2017. Before that, he also represented the youth teams in many games. The Mexican team won the title of the CONCACAF Gold Cup in 2019, and Alvarez was also part of the squad.

How Much Is Edson Alvarez's Net Worth? Know His Salary & Endorsement

Alvarez has been playing football for quite a while now. Currently, he is at the peak point of his career and has preserved a decent fortune. So, Alvarez has a net worth of around $500,000. On July 22, 2019, Alvarez signed a deal with his current team Ajax and received €15 million. 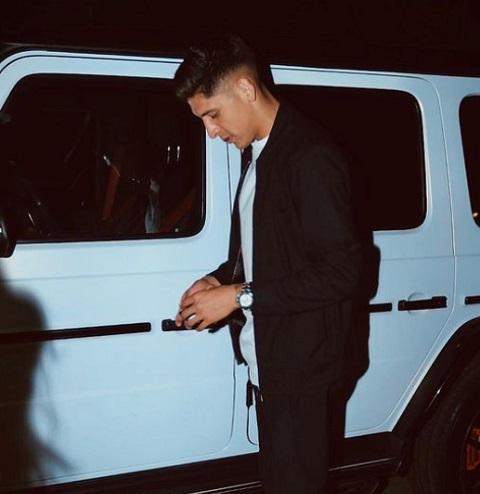 Alvarez has been a part of over 75 games. so, he earns £35,000 weekly and his annual income is £1,820,000. According to Transfermrkt, Alvarez's market value is €35 million. Looking at his earnings graph, it can be said that his income will rise in the coming years.

Additionally, Alvarez also takes some cash from his collaboration with the sports brand Adidas. The professional footballer lives a lavish life. Once, he posted an image of a fantastic Mercedes G Wagon car.

Edson Alvarez Dating Shares a Child With His Partner

Alvarez is currently in a relationship with his stunning girlfriend, Sofia Toache. The lovely couple began dating each other in 2018. Since then, they have been together and often post their cute moments on their social media handles. 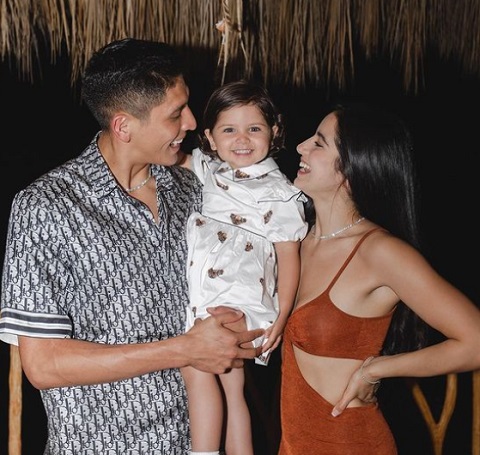 Edson Alvarez with his child and partner  SOURCE: Instagram @edsonnalvarez

Also, they have gone to different places together. Besides, Sofia is a supportive partner who has attended Alvarez's games multiple times to cheer him up. At the time of this post, they are not married but have already started a family.

Their child, a daughter, named Valentina Alvarez, was born on October 23, 2019. Sofia is also an active Instagram user who is registered as @sofia.toache.

Alvarez was born on October 24, 1997, in Tlalnepantla de Baz, a municipality in northern Mexico City, to Evaristo Alvarez and Adriana Velazquez. As a kid, he worked for his family's business of manufacturing football jerseys for local teams, which he referred to as his first step into the sport. When he turned 14, he tried out for the youth team of Pachuca but did not make the team due to his short physique. Further, he decided to try out for Club América's youth team, eventually making the team after a three-month tryout in 2014. On October 29, 2016, Alvarez made his Liga MX debut in the team's win over Santos Laguna, where he was voted third in a Man of the Match online poll by club fans. His first professional goal for his side came on December 25 in the Apertura final against Tigres UANL. Before the start of the 2017–18 season, he was assigned the number 4 jersey, previously worn by Erik Pimentel.

Alvarez received a call-up to the Mexico national U-20 team camp training for the 2017 CONCACAF U-20 Championship on the way to the 2017 FIFA U-20 World Cup. Furthermore, he scored the winning goal in Mexico's 3–2 triumph against Group B minnows Vanuatu in the World Cup U-20 team.

On January 30, 2017, Alvarez was called up to Mexico's senior squad to play a friendly against Iceland for the first time. On February 8, he made his international team debut against Iceland, replacing Jesus Molina in the 60th minute. 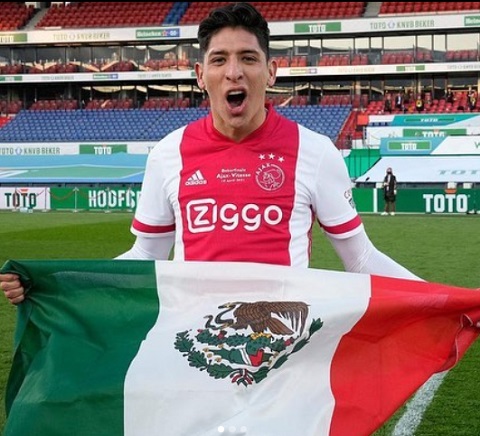 He was named for the 2017 CONCACAF Gold Cup roster for Mexico, making him the youngest rooster of the team. On July 17, Alvarez scored his first international goal in a 2-0 win over Curaçao in the last group stage game, becoming the youngest Mexican player to score a goal in a Gold Cup tournament at 19 years old.

In May 2018, Alvarez was named in Mexico’s preliminary 28-man team along with his teammates Andres Guardado, Hirving Lozano, and Erick Gutierrez for Russia's 2018 FIFA World Cup. On June 4, it was revealed that he was ultimately included in the final 23-man roster. As of now, he has played in more than 55 games.