Eddie Olczyk (fully Edward Walter Olczyk Jr.) is an American professional ice hockey analyst who also formerly played ice hockey as a center for NHL teams like Chicago Blackhawks, Toronto Maple Leafs, Winnipeg Jets, New York Rangers, Los Angeles Kings, and the Pittsburgh Penguins. As a player, he was the winner of the Stanley Cup with the Rangers in 1994.

Olczyk was born in Chicago, Illinois on August 16, 1966. He grew up mostly in Illinois and went to Brother Rice Catholic High School. He was a star player for the Illinois midget AAA team as a teenager.

Olczyk scored his first NHL goal in his first NHL game with the Chicago Blackhawks on October 11, 1984, versus the Detroit Red Wings. In 1987, he was traded to the Toronto Maple Leafs with Al Secord for Rick Valve, Steve Thomas, and Bob McGill. Olczyk was traded several times during his NHL career. 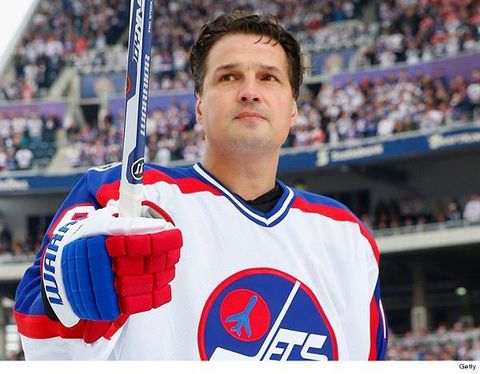 He served as the head coach of the Pittsburgh Penguins from 2003 to 2005. The following season, he became a game analyst for the Chicago Blackhawks television broadcasts. He also would become the lead game analyst for NHL on NBC. He has partnered up with Mike Emrick and Pierre McGuire for the 2010 Vancouver Winter Olympics. He gained wide fame as an analyst after his commentary on the US' 5-3 win over Canada at the 2010 Vancouver Winter Olympics.

In February 2016, he received the Ring Lardner Award, an honor for the sports broadcasters. On July 11, 2012, he was inducted into the United States Hockey Hall of Fame. He is also the recipient of two Emmys (2009 and 2011) both for his sportscasting career. Since 2018-2019, he has been narrating big games with Brian Boucher, Emrick, and McGuire. He has also given guest commentary for Thoroughbred horse racing events.

Eddie Olczyk's Net Worth and Salary

Hockey Zone Plus asserts Olczyk made career earnings upwards of $6 million from 1984 to 2000. Adjusted for the inflation that's a little over $11 million in 2022. His salary rose to a career-high of $1.1 million during the 1997-98 season. There's also the money from an analyst career to consider in the case of Olczyk. 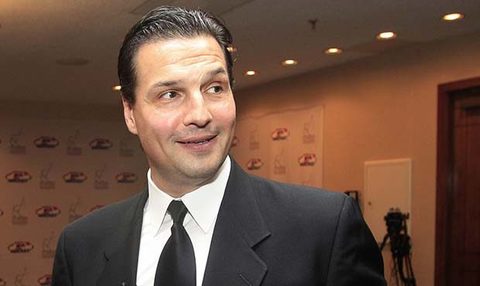 Eddie Olczyk scored his first NHL goal in his first NHL game with the Chicago Blackhawks on October 11, 1984, versus the Detroit Red Wings.  SOURCE: Arizona Sports/NHL

He could have received anything but a median paycheck being an NHL reporter. A veteran player turned hockey insider must have had a good bargain with some of the biggest sports networks in terms of salaries and benefits. It would rather be a weak argument to say he doesn't belong to the top 10% of NHL analysts who rakes in more than $100k a year.

Olczyk's net worth could be between $6-$10million; all things considered.

Eddie Olczyk's Wife; Who Is He Married To?

Olczyk shares four children with his wife, Diana. All of his three sons are into hockey - professionally. His eldest son, Nick plays for the Colorado College Tigers, his second, Tom plays for the Indy Fuel while the youngest, Eddie III is an assistant coach with the Bemidji State Beavers. 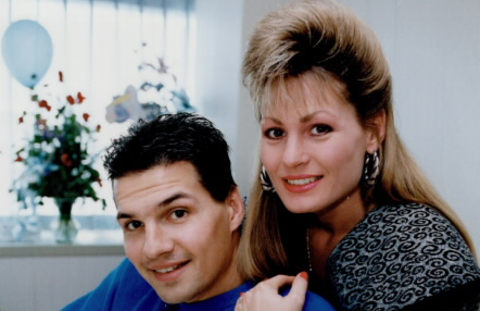 Olczyk's fourth child, Zandra, a girl, is a student at the University of Alabama. Olczyk first met Diana in 1984 when he was on a plane with the Chicago Blackhawks who had just picked him in that year's draft. He has a Thoroughbred horse named after his wife, Diana.

He has been reported to battling a form of colon cancer (stage 3). In March 2018, the analyst announced he was fully recovered. His younger brother, Rick Olczyk once played hockey for the Brown University and is now an assistant general manager for the Seattle Kraken.