Dylan Moore is an American baseball player who is currently signed to the Seattle Mariners of Major League Baseball (MLB) as their No. 25 infielder. At the 2015 MLB draft, he was picked in the 7th round, 198th overall, by the Texas Rangers.

Newport Beach, California native, Dylan Moore was born on 2nd August 1992, under the star sign Leo. Standing 1.83 m tall, he holds an American nationality and belongs to the white ethnic background. He stands at a height of 5 feet and 11 inches and weighs about 80 kg.

Though Moore got selected in the 2015 MLB draft, he did not get a chance to play in the major league. He spent four seasons playing for the minor leagues. According to the source, the average salary for a minor league baseball player, whose contract is handled by Major League Baseball, ranged from around $6,000 in Single-A to around $9,350 in Double-A to nearly $15,000 in Triple-A per month.

In the fall of 2018, Moore signed a major league 1- year contract worth $565,000 with the Seattle Mariners. As per the deal, he summoned a base salary of $565,000 from the team in 2019. As of 2020, he is again in the minor system and might score a six-digit figure as salary. Roosters such as Kyle Seager, Yusei Kikuchi, and Dee Gordon are the highest-paid athlete of Seattle.

As reported, Moore has an estimated net worth of $1 million in 2020.

Yes, Seattle Mariners – No. 25 infielder is a married man. He tied the knot with Paola Robles on 4th January 2020 in Aguadilla, Puerto Rico. 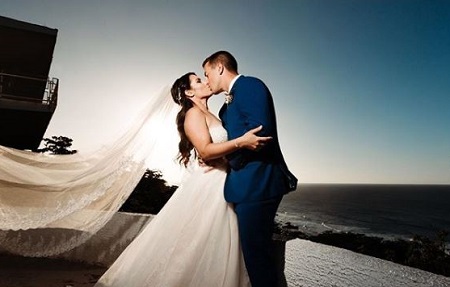 The couple met in college, the University of Central Florida, where he played baseball and she played golf. Started dating in the fall of 2013, they were inseparable ever since. 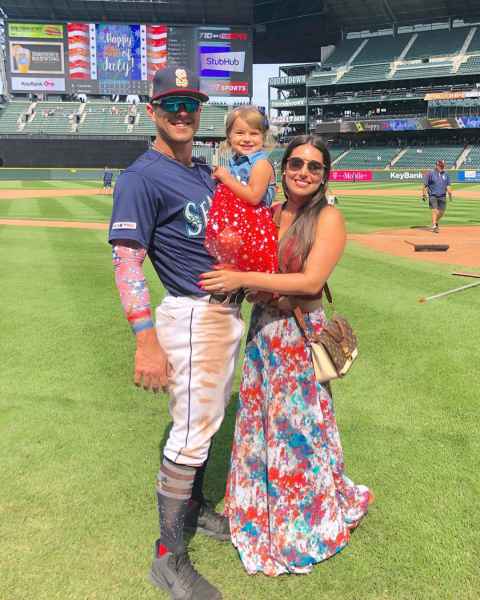 Dylan Moore with his wife and daughter SOURCE: Instagram

In 2015, Dylan got drafted to play professional baseball following two school years with Paola, leaving her with one more school year to go in Orlando F.L. Just before Paola graduated college, the duo discovered they were soon to be parents.

On 18th December 2016, they welcomed their first child, Pía Catalina. That following fall they got engaged and the rest is history.

Dyan Moore was born on August 2, 1992, in Newport Beach, California. while most of the information regarding his family background is yet to be discovered, it is known that he holds an American nationality and is of white ethnicity. 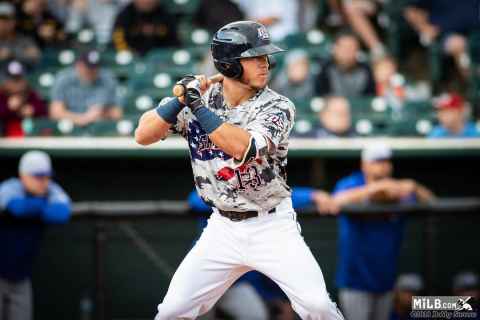 Apart from that, Moore attended El Dorado High School in Placentia, California. He then attended Cypress College for two years, before transferring to the University of Central Florida for his final two years of college.

Later, in 2016, Moore was traded to the Atlanta Braves on August 24th. He split that season between the Hickory Crawdads, Class A-Advanced High Desert Mavericks, and the Class A-Advanced Carolina Mudcats, producing a combined batting line of .269/.379/.441/.820 with 14 home runs and 63 RBI in 128 games.

On November 9, 2018, the Seattle Mariners inked a one-year major league contract with Moore. He made his MLB debut on March 20, 2019, where he had one at-bat, in which he drew a walk and stole a base.