Dustin Jacoby is an American mixed martial artist and kickboxer currently competing in the Ultimate Fighting Championship. He is also known for having competed in GLORY, Bellator, World Series of Fighting, and Titan FC. Eligible for both Light Heavyweight and a Middleweight, Jacoby was ranked as the #8 middleweight kickboxer in the world by Combat Press.

Jacoby was born on April 4, 1988, in Fort Morgan, Colorado. The 6 feet 4 inches tall martial artist has an orthodox stance and has a kickboxing record of 10 wins out of 18 fights. Likewise, his MMA record as of April 2021 stands at 13 wins and 5 losses.

Jacoby began training at age 4 and later started playing basketball and football while at high school. Many of his Division I scholarships were withdrawn due to his severe knee injury. He still got to play football at Culver Stockton College for two years and also pursued business management whilst studying there. He later enrolled himself into Quincy University.

Jacoby fought his first career bout against Dan McGlasson at Capital City Cage Wars on November 27, 2010. He won the fight by a TKO decision at 2:09 of round 1. He won the next 5 series of fights before making his UFC debut at the competition's 137th edition where he fought Clifford Starks on October 29, 2011.

Starks gave Jacoby his first career defeat by a decision unanimous at 5:00 of round 3. He was disappointed again at UFC on Fox: Evans vs Davis. 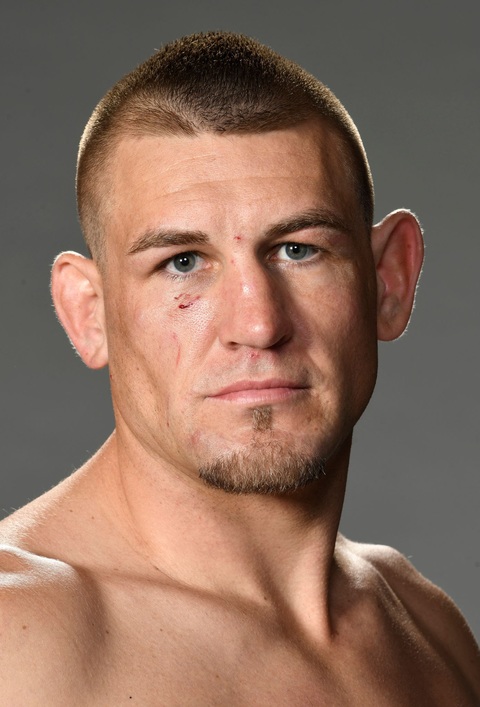 The event saw him tapping out to Chris Camozzi's guillotine choke at 1:08 of round 3. Jacoby next defeated Billy Johnson (Hooster Fight Club) and Tim Williams (Cage Fury FC 16); the latter gave Dustin his first title, Cage Fury FC Middleweight Championship. He lost the match against David Branch on November 3, 2012, at WSOF 1 by a unanimous decision. At the CCCW: The Uprising, he defeated Andrew Sanchez by a split decision.

In 2013, Jacoby defied expectations when he won the GLORY USA Light Heavyweight championship. En route to winning the title, he defeated the likes of Randy Blake, Roy Boughton, and Brian Collette.

In March 2013, he lost to Michael Duut by TKO at Glory 5: London in London, England. At Glory 9: New York: 2013 he was knocked out in the semifinal by Danyo Ilunga by a unanimous decision. His next defeat came at Glory 13 where he lost to Makato Uehara by a split decision on December 21, 2013.

He secured his 10th MMA win by upsetting Lucas Lopes at Titan FC 29 on August 22, 2014. Jacoby lost the next two matches against Muhammed Lawal and John Salter subsequently at Bellator 123 and 132. Since June 29, 2019, the Fort Morgan-born martial artist has been on a winning streak defeating the names Cody East, Ty Flores, Justin Ledet, and Maxim Grishin.

Jacoby has been earning five figures from the onset of his career. After he won the Glory USA Light Heavyweight championship, he earned a check for $20,000 along with a one-year contract with the Gory World Series. With 13 MMA wins the checks for the 6'4" fighter must have spiked numerous times during his combat career.

Some fighters have been reported making big money from MMA despite a mediocre record. On average UFC fighters are known to make as low as $50,000+ to  $100,000+ annually. A base salary is usually guaranteed for both the winner and the loser.

In an interview with Fort Morgan in 2019, Jacoby said there's a regular fight purse and extra purse for the winner. There are also additional bonuses that most fighting committees give out with each of their pay per views events, including the submission of the night, the knockout of the night, and the fight of the night. In the same sitting, the Colorado native revealed such bonuses range between $60,000 and $100,000.

Jacoby has been with his wife Kahla for more than eight years. The couple married on September 7, 2013. The pair often posts the mo of their closeness on their online diaries. On June 16, 2016, the husband, through Instagram, announced the buying of a new home for him and his wife, Kahla. 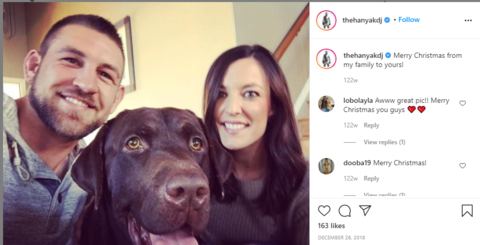 Dustin Jacoby and his wife Kahla with their dog SOURCE: Instagram

On December 19, 2014, Jacoby's fans came to know that his wife is the former winner of figure competition. The martial artist revealed this by throwing a TBT picture of the moment where his other half is showcasing her toned figure. Jacoby and Kahla are yet to have children of their own. They, however, share a dog named Dak.