Cameroon-born footballer Duplexe Tchamba currently plays for Casa Pia, on loan from Danish Superliga club SonderjyskE. Tchamba is one of the most experienced footballers, as he has been able to play for many clubs.

Not only that, but Tchamba is also a national footballer who has already represented the youth teams of Cameroon. And his debut for the senior team came in the year 2021 when Tchamba appeared in a game against Nigeria.

Is Tchamba Dating or Single?

Well, Tchamba appears to be a single guy, as none of his social media posts hints at him being involved in a romantic affair. Like many other footballers from Cameroon, Tchamba is also a private guy who loves keeping his personal matter away from the limelight. From his self-titled Instagram handle, Tchamba mostly shares updates regarding his professional life and events. So, we are unable to find out much about his personal life. From this, it can also be said that the footballer is currently at the peak point of his career and is doing pretty well in it too.

As we know, Tchamba is currently on the loan while he is professionally signed with the Danish Superliga club SonderjyskE. According to Salary Sport, Tchamba's salary in the team of SonderjyskE is £1,400 per week and £72,800 per year.

As said earlier, Tchamba also played for other teams in the past, and with them, he had fair deals. So, it can be said that Tchamba has preserved a decent net worth which may be around $1 million. On the other hand, his market value is €400Th which was €500Th on October 6, 2021. 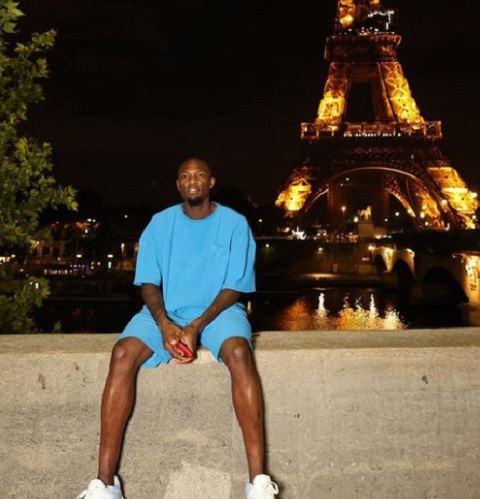 His social media posts show that Tchamba is living a luxurious life as he often visits different places. Meanwhile, Tchamba also works with Adidas, due to which his income may get rise.

A Look At His Professional Football Career

Tchamba is a product of TAD Sports Academy. On March 22, 2017, Tchamba moved to Strasbourg. And on January 16, 2019, Tchamba made his professional debut while playing against Grenoble Foot 38. Furthermore, Tchamba played in many games while representing Strasbourg.

After spending some years at the club, he was loaned to Stromsgodset. Playing with Stromsgodset from 2019 to 2021, he made 30 game appearances and also scored four goals. And on July 2, 2021, Tchamba signed a four-year contract with the Danish Superliga club SonderjyskE. 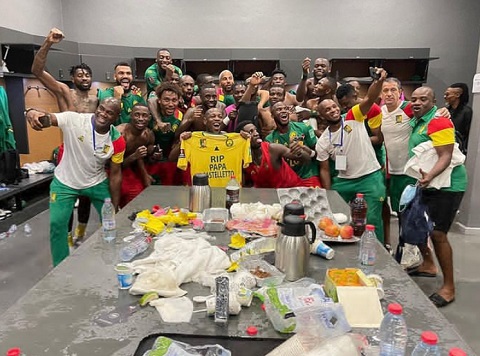 Duplexe Tchamba with his team after winning a game  SOURCE: Instagram @duplexetchamba_off_

He has already made over 20 games for the team, and later, Tchamba received an offer to play for the Casa Pia team. In the same way, Tchamba is also a national player who has played for the Cameroon U20 and Cameroon U23.

Duplexe Tchamba Bangou was born on July 10, 1998, in Yaounde, Cameroon. So, the footballer holds Cameroonian nationality, just like Pierre Kunde and Olivier Ntcham.

As for his family background, Tchamba comes from a superior family, but his parents' information remains unknown. Some online portals claim that Tchamba has a sister whose name is missing from the web.