Hunter Dickinson is an American college basketball player who is currently playing for the Michigan Wolverines of the Big Ten Conference, representing the University of Michigan. He finished his high school career at DeMatha Catholic where he was named Maryland Gatorade Player of the Year for his success in basketball and academics, and his exemplary character. Also, he was invited to play in the Jordan Brand Classic.

Alexandria, Virginia native, Hunter Dickinson was born on 25th November 2000, under the star sign Sagittarius. He holds an American nationality and is of white ethnic background. Further, the twenty years old has a gigantic height of 7 ft 2 in (2.18 m) and weighs 255 lb (116 kg).

Personal Life and Family; Who is his Girlfriend?

Born as youngest of three brothers to parents Kathy and Tim, height run in Dickinson's family: his two older brothers, one 6’9” and the other 6’10”, both earned full scholarships to play basketball in college. Further, mother, Kathy played volleyball for Niagara and her father, Tim played basketball for Buffalo State. 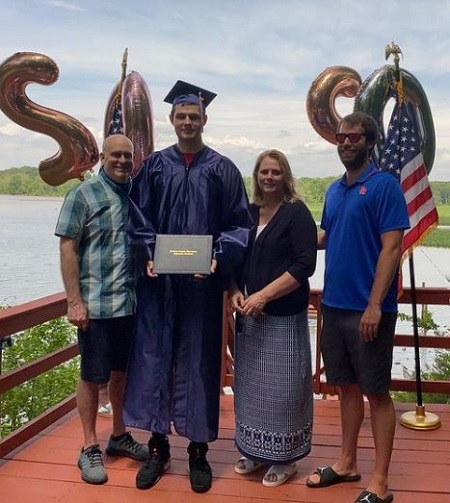 The Dickinson’s have a very close-knit family including his very supportive parents who attend every game they can for their son.  When asked about Hunter's toughness, everyone agrees it is from Hunter’s elder brothers Jason, Grant, and Ben who helped mold him as a player in a great way. 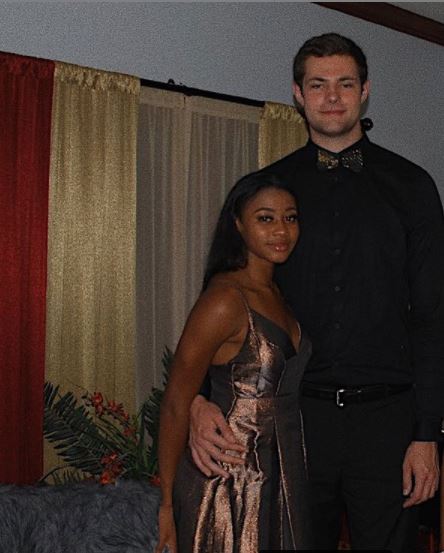 About his love affair, the 7'2" is currently in a relationship with his long-time girlfriend, Ziyah Holman. The duo met in high school and started dating there. Like Hunter, Holman committed to the Michigan women’s track and field. She is a 2x Gatorade Player of the Year. Ran for Team USA Under-20 team and is a U20 World Record holder. She chose Michigan over UCLA, Clemson, Georgia, Duke, Georgia, and Texas A&M.

Hunter Dickinson enrolled at DeMatha Catholic High School where he helped the school team to capture its first Washington Catholic Athletic Conference (WCAC) championship in 2011. He was named to the First Team All-WCAC. Further, he averaged 17.6 points, 10.8 rebounds, and 2.5 blocks per game as a junior. The following season, he averaged 18.1 points, 10.3 rebounds, 3.8 assists, and 2.1 blocks per game, leading his team to a WCAC title. He was named All-Met Player of the Year and WCAC Player of the Year honors.

A consensus four-star recruit and ranked as the second-best player from Maryland in the 2020 class, Dickinson committed to playing college basketball for Michigan over offers Florida State, Duke, and Notre Dame. On 25th November 2020, he made his Michigan debut, scoring 11 points and had eight rebounds in a 96–82 win against Bowling Green.

The answer is NO. College athletes are not allowed to take money for appearances or to be paid for advertisements that trade on their athletics skills. Even, they cannot use their athletic uniform or collection to sports for the business if they establish one. However, scholarships for some top athletes pay for tuition, fees, books, and room and board.