Drederick Irving is an American former basketball player who played for two seasons in the Australian National Basketball League. He played prominently for Bulleen Boomers from 1992 to 1994. During his professional playing career, Irving played as a shooting guard.

Besides that, Irving is also recognized as the father of Kyrie Irving. Kyrie is an American professional basketball player who plays for the Brooklyn Nets of the National Basketball Association. Furthermore, Drederick and his son, Kyrie, share a strong bond. Drederick has also attended basketball games with his son to cheer him up.

Irving has amassed a decent amount of money from being a professional basketball player. During his professional playing career, Irving played for some teams with whom he may have signed a big deal. NBA player has an impressive fortune, and we can speculate that Irving may also have a net worth of around $300,000. Drederick Irving and his son in an event  SOURCE: Twitter @JaredWeissNBA

Now he is retired from basketball, Irving may be engaged in some business that may be helping him preserve a fair sum of money. Besides that, Irving's son also makes a lot of money from being a professional basketball player.

Celebrity Net Worth reports that Kyrie is estimated to have a whopping net worth of around $90 million, and it may also increase in the coming years.

Married Life: Take A Look At His Wife and Children

Irving is now reportedly married to his wife, Shetellia Riley Irving. They tied the knot in 2004. After some time, the duo gave birth second daughter, London. Apart from that, Shetellia is not his first wife of, Irving, as he was married in the past. 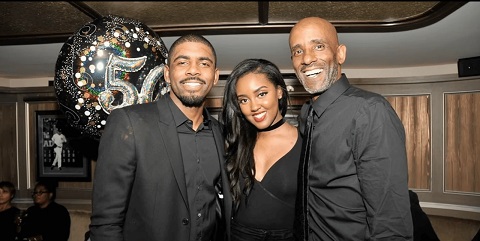 Drederick Irving with his son and daughter  SOURCE: colaisteanatha

Irving met his first wife, Elizabeth, at Boston University. During that time, Elizabeth played volleyball. They were married from 1990 to 1996. Also, Elizabeth and Irving gave birth to two children named Asia and Kyrie. Sadly, Irving faced a tragic incident as Elizabeth passed away from an illness in 1996.

Now, Irving is married to Riley, and they are living a blissful life. 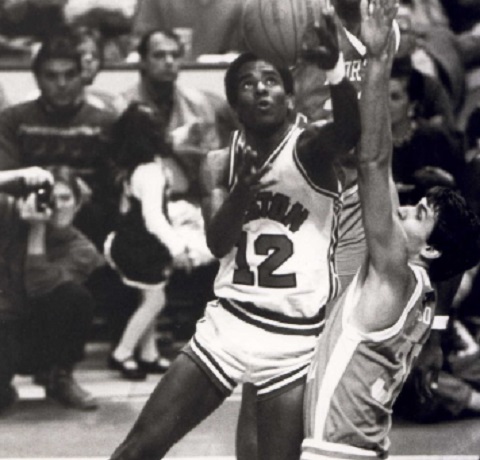 Furthermore, Irving became BU's all-time leading scorer with 1,931 points. He graduated from BU with a degree in economics. After that, he was invited to join the Boston Celtics training camp roster but didn't reserve a roster spot.

And in 1992, he signed a professional deal with the Bulleen Boomers of the South East Australian Basketball League (SEABL). For the 1992 season, he played for the Boomers. During that time, he averaged 30 points per game.

Irving's Family: More On His Father and Brother

Drederick Rubin Irving was born on January 11, 1966, in the Bronx, New York, USA. Irving was raised by his parents and five siblings, whose details are not available in the public domain. His father's name is Lillian Irving, while his mother's identity remains unknown. 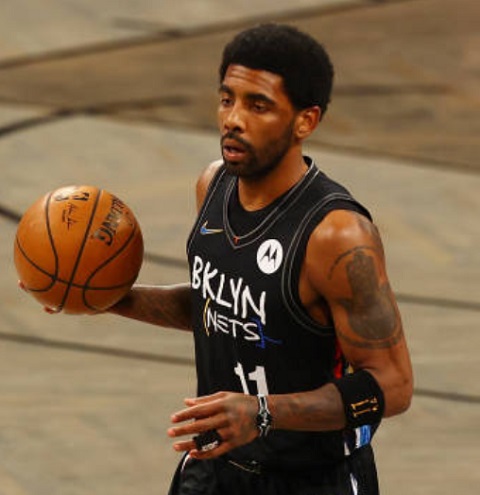 Moreover, Irving holds an American nationality and has a height of 6 feet 4 inches.