Dragan Skocic is a football coach from Croatia who served as the head coach of the Iranian football team from 2020 to 2022. Besides, he is also a former footballer who played for multiple clubs beginning with Rijeka and ending with Al-Ittihad Kalba.

Being a football manager, he has already served on different teams. He also managed the Khoone be Khoone in the 2017-18 season, and the team became the runner-up of the Hazfi Cup. While serving at Rijeka, Skocic led them to win the title of the Croatian Cup (2005-6).

Dragan Skocic's Salary and Net Worth

Skocic earns most of his gains from being a football coach. He has already served in many teams and might have preserved a considerable fortune. While serving for the national football team of Iran, Skocic may have received a decent deal, but the amount remains under review. Also, we are unable to reveal his net worth as none of the verified sources have shared the fact. A person working as a Head Coach in Croatia usually earns around 20,700 HRK per month. So, it can be said that Skocic may earn above the average wage as he has been serving in the role of coach for many years and has also gained broad experience.

Additionally, Skocic is also a former player who has represented multiple clubs. Moreover, Skocic lives a lavish life from the income made through his career in this sport. Furthermore, the football manager shows his life via his Instagram handle, where we can find him active as @coach_skocic.

Married Life: Details On His Wife or Partner

Coach Skocic is happily married to his beloved wife, Majda Skocic. The couple tied the knot on June 6, 2016, in the presence of their family and close ones. Since then, they have supported each other as a husband and a wife.

Likewise, Skocic is not only a loving husband but also the father of three children. He and his wife became parents for the first time after giving birth to a daughter Ana in 2018. Apart from that, Skocic has two other kids, reportedly from his previous relationship. 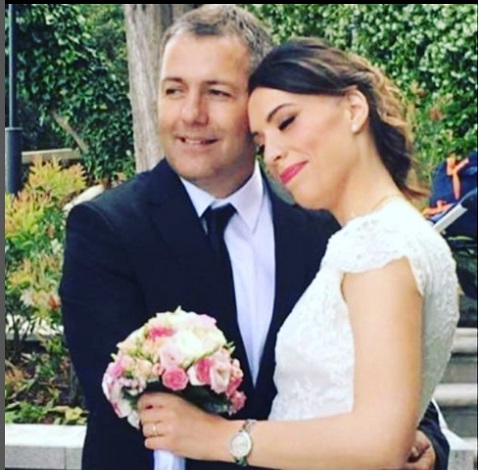 Dragan Skocic and his wife on their wedding day SOURCE: Instagram @coach_skocic

It is reported that his son, Luka, was born in 1996, while his daughter, Nika, was born in 2000. Furthermore, Skocic is a family guy whose life can be explored by following him on Instagram. Skocic often posts images of his partner and kids on his social media handles. Back in December 2020, he and his wife went to Plaza Kantrida and also shared the moment on IG.

Details On His Playing and Coaching Career

Skocic began playing football in 1987 after joining Rijeka. Later, he moved to play with Las Palmas. Likewise, he joined Compostela in 1993 and played with them until 1996, making 12 game appearances. In 1996, he returned to Rejika and played in just two games.

After that, Skocic also played for Novalja and Al-Ittihad Kalba. Skocic retired on January 1, 2005. And Skocic's coaching career started when he was appointed as the manager of his hometown club, Rijeka, in 2005. He just served for one year and moved to manage Interblock. 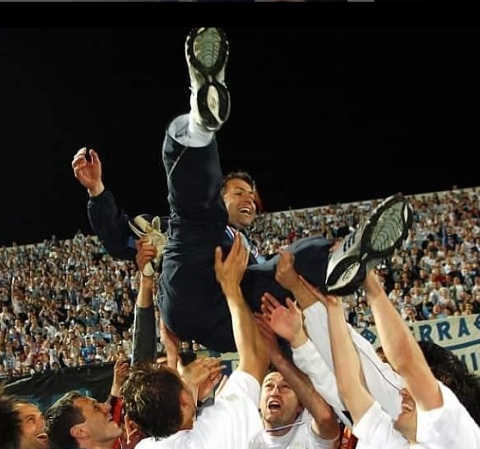 In the same way, Skocic managed multiple teams like Al-Arabi, Al Nassr, Malavan, Foolad, Khooneh be Khooneh and Sanat Naft. On February 6, 2020, Skocic was named head coach of the Iran national team. So, he served the national team for some time but was fired on September 7, 2022, before the beginning of the FIFA World Cup 2022.

Why Was Dragan Skocic Fired From Iran Team?

Skocic was fired from the national football team of Iran on September 7, 2022, ahead of the 2022 World Cup. Iran will be participating in the World Cup for the 6th time in the country's history and on a third straight occasion. Skocic successfully took charge of the squad, winning 15 of 18 matches in charge but losing two out of his last three, which led to his departure despite Iran qualifying for their third straight World Cup.

It is said that some of the players on the side were against Skocic, which made the 2-1 friendly loss to Algeria an easy time to part ways. Also, Skocic shared a post about his departure from the national team on Instagram. Now, Carlos Queiroz is the new man who will lead the Iranian team.

Queiroz is a Portuguese football coach who has served many teams, including Real Madrid. Also, he has been a part of the national team of Iran, Colombia, Portugal, South Africa, the United Arab Emirates, and Egypt.

Dragan Skocic was born to his parents in 1968 in Rijeka, SR Croatia, SFR Yugoslavia. His birthday falls on September 3 every year. Besides, Skocic holds Croatian nationality.

Like many personalities, Skocic is also a private guy who does not like to expose his personal matters in the media. Due to this, his family details remain unknown.

Skocic fans are more than excited to explore his social media life. Also, people want him to follow online portals where they can keep him updated about his daily life. So, Skocic is active primarily on Instagram and Twitter.

So, we can follow Skocic on Instagram as @coach_skocic, whereas he is accessible on Twitter under the username @trenerri. Additionally, Dragan shares football-related content on his social media handles and often communicates with his fan online.