Dottie Pepper is a well-known professional golf player and also a television golf broadcaster. Dottie started her professional golf career in 1988 at the LPGA Tour. She played in the event until 2004. Pepper won twenty-five professional wins, including seventeen LPGA tours, Symetra Tour, and others.

Dottie Pepper was born on August 17, 1965, in Saratoga Springs, New York. She is the daughter of Donald Hoyte Pepper and his wife, Lynn Pepper. Her father is a former professional baseball player. After graduating from High School, Dottie enrolled at Furman University. Pepper stands five feet and five inches tall and weighs 55 kg.

Dottie Pepper has an estimated net worth of more than $5 Million. She earned most of her net worth through her career at the LPGA and golf broadcasting. The player crossed her $1 million mark in career earnings with a tie for fourth at the 1992 Itoki Hawaiian Ladies Open. The following seasons, She crossed the $2 million mark in career earnings with her win at the World Championship of Women’s Golf. 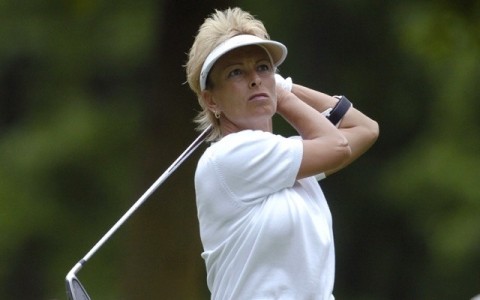 In 1995, Dottie made $290,000 from a single game and crossed the $3 million mark in career earnings after winning the McCall’s LPGA Classic at Stratton Mountain. It took her next three seasons to cross her $4 Million mark and another season to her $5 Million earings mars. Totaling her career earnings from LPGA events, it sums to $6,827,284. Pepper is among the highest-earnings LPGA golf player.

Who is Dottie Pepper Married To? Know About Her Relationship Status and Husband

Although Dottie had numerous successes in her golf career but had ups and downs in her love life, she was first married to Doug Mochrie for almost a decade. The duo got married in 1986 after dating for some time and then got divorced in 1995. There is no record of the couple having any child while they were married. 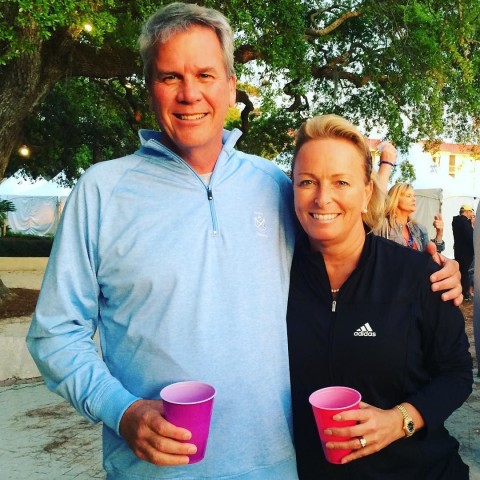 Dottie shares a photo with her husband, David SOURCE: Pinterest

After her first failed marriage, Pepper remained single for some time and then married her second husband. However, there is not a single word about her second husband to the public. Like that of her first marriage, this also ended shortly. In 2010, She tied her wedding knot with her third husband, David Normoyle. David is a  golf writer and historian.

Career in Golf and Broadcasting

Dottie won numerous Amateur titles before turning professional in 1988. She won her first major title at the 1992 Major Championships and topped the money list finishing in the top ten in ten of eleven seasons between 1991 and 2001. Pepper also got a chance to play for the United States in Solheim Cup six times.

Pepper ended her professional career in 2004 with twenty-five notable titles to her name. Dottie joined the Golf Channel for NBC as a golf commentator. After spending eight years with the team, She retired from commentating in December 2012. The following season, Dottie signed with ESPN to commentating on a limited basis.