Donyell Malen is a Dutch professional footballer currently signed to the Bundesliga club Borussia Dortmund as a forward and has made over 17 appearances scoring four goals since 2019 for the Netherlands national team. Donyell made his senior team debut for the Netherlands on 6th September 2019, won the 2017-18 Eredivisie League for PSV, and has been awarded the Bronze Bull for being the Best Talent.

Wieringen, Netherlands, native Donyell Malem was born on January 19, 1999, under the star sign Capricorn. The young footballer holds Dutch nationality. He stands 1.76 m ( 5ft 9 in) tall and weighs over 68 Kg.

How much is Donyell Malen's Net worth?

Besides club, footballer earns much from endorsement. According to Transfermrkt, Malen is working with Nike. 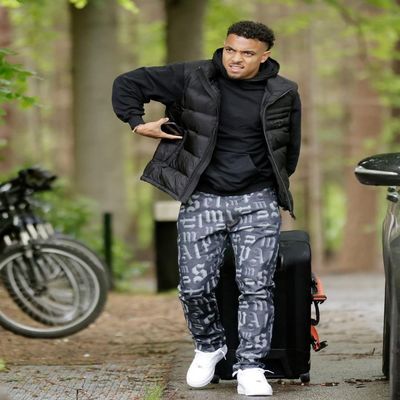 Donyell Malen is heading out for the match.
SOURCE: [email protected]

Dortmund's forward's net worth is estimated to be approximately $3 million, and there is more to come for this talented player.

Who is Donyell's Wife? (Married Life and Children)

Donyell, aside from his professional life, Dortmund's forward has been living with his wife, Delisha Chanayla Malen, who is of Surinamese origin. The couple had been best friends for a long time and now enjoy a happy married life together.

The couple has not disclosed the date of marriage yet. However, Donyell announced the pregnancy of his wife on June 24, 2020, and is now blessed with a son, London Felipe Lou Malen. 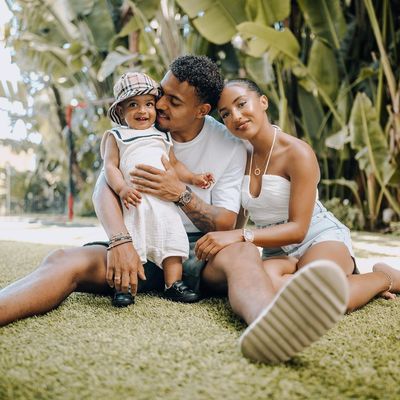 Donyell Malen with his wife Delisha and his son.
SOURCE: [email protected]

Donyell has always spent his valuable vacations with his family, and as a father, he never fails to please his family. We can get updated on the footballer's life by following him on social media.

Donyell started his career with club Ajax in 2007 and later joined Arsenal in 2015, where he played for the youth teams of Arsenal in the Youth Premier League, where in the 2016-17 seasons, he scored 14 goals playing the FA Youth Cup.

In August 2017, Dortmund's forward was transferred to PSV Eindhoven, where he played as a winger for Jong PSV and was named in Voetball International's Jupiler League team. Donyell was awarded the Bronze Bull as the Best Talent for the Second period of the 2017-18 Jupiler League. 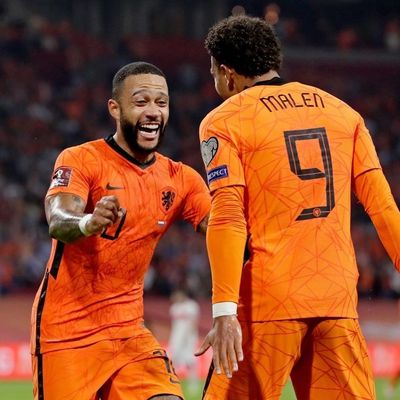 Donyell Malen in one of his professional games
SOURCE: [email protected]

The Dutch forward made a five-year deal with Borussia Dortmund on July 27, 2021. As a dutch player, he has been seen taking part in Netherlands' under-18 team, the 2017 UEFA European Under-19 Championship.

Donyell made his senior debut for the Netherlands on September 6, 2019, in the UEFA Euro 2020 qualifier against Germany. Furthermore, Malen is one of the footballers to be listed in the national team playing in the Qatar World Cup 2022.