Albert Almora is a well-known American professional baseball player. He has been playing at the Major League Baseball for the New York Mets. Albert started playing in 2016 along with Chicago Cubs and played there until 2020. He was also part of the 2016 Pan American Games Baseball Silver Medal Winning team.

Alber Almora was born Reinaldo Albert Almora Jr. on April 16, 1994, in Hialeah Gardens, Florida. He seems to the only child born to Albert Almora Sr. and his wife, Ana Almora. His father played baseball in Cuba before he defected to the United States. Albert graduated from Mater Academy Charter School and enrolled at the University of Miami. Talking about his physical appearance, Almora stands six feet and two inches tall and weighs 86 kgs.

Albert Almora has an estimated net worth of $5 Million. Albert has been earning much of his net worth through his short career in the baseball league. Albert made his major contract in 2012 with the Chicago cubs worth almost $4 Million and Chicago Cubs. The average salary of an MLB player is more than $4 Million in 2020. It is one of the highest average wages in the United States. 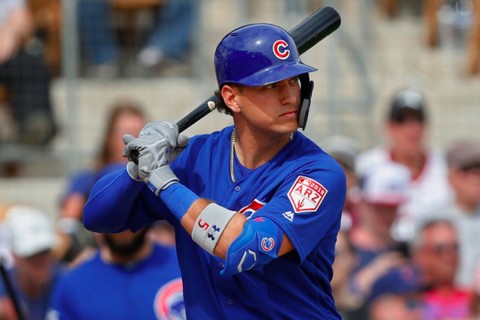 CAPTION: Albert played in the MLB with Cubs for five seasons SOURCE: The Athletic

Married Life of Albert Almora; Who is his Wife?

Albert is living a happy married life along with his wife and their children. Albert tied his wedding knot with Krystal Gregorio on July 21, 2016. The love birds had been dating each other for more than two years before their marriage. Krystal is a former Philadelphia 76ers and Philadelphia Flyers dancer. They met each other at an NBA game. 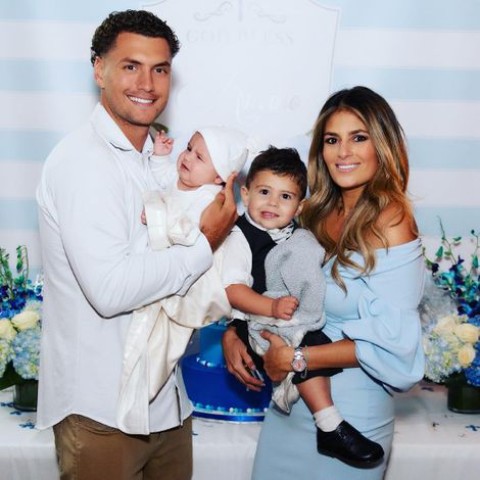 CAPTION: Almora shares a photo along with his wife and their children SOURCE: Pinterest

Almora and Krystal welcomed a son named A.J in August 2016. The family of three extended to four after they welcomed a new baby, Antonio, in 2018. Almora spends most of the time at the training session and with the games. He spends his free time with his children and his family. Krystal is very much supportive of her husband. She keeps attending his games regularly.

Albert started playing baseball from a very early age. He played on six national teams while in high school. Almora was named USA Baseball's athlete of the year in 2011. He won several other titles in the same year. Chicago Cubs drafted him in 2012 for the minor leagues. Almora played with AZL cubs and Boise Hawks in the Minor leagues until 2015.

In 2016, Almora started playing for the Chicago Cubs along with Kris Bryant. The same year, He played a crucial role in winning the 2016 World Series. The team won their first series in 1908. Albert finished his 2017 season with a .298 batting average, eight home runs. He was part of the team until 2020 and joined New York Mets in 2021 with a one-year deal.