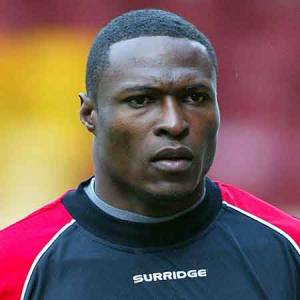 Donovan Ricketts is Jamaican footballer who plays the position of a goalkeeper. Previously played for Tulsa Roughnecks in the United Soccer League. He has played for the Major League Soccer as well making more than 100 appearances and has been named MLS Goalkeeper of the Year Twice.

Ricketts was also the captain of the Jamaica national football team in the past. He is a World Cup Veteran who was a member of the 1998 FIFA World Cup Jamaican Squad. He was also a representative of Jamaica in the 2010 World Cup qualifying matches where he played in all eight games. He retired from international football in 2013.

Donovan Ricketts was born on 7 June 1977, in Montego Bay, Jamaica. He completed his high school education from Cornwall College High School where he played on the Dacosta Cup team. He began to play football professionally after completing high school. He began his football career playing for the Wadadah team in 1997.

After completing his time with Wadadah, he moved from one club to the next, playing for clubs like Seba United, Galaxy F.C. and Village United in his native Jamaica. It was in 2004 that he signed with Bolton Wanderers of the English Premier League.

Donovan Ricketts' high level of professional play should have begun with his signing in with the Bolton Wanderers but he never played a game with the team. He was loaned to Bradford City for a year in July of 2004. Ricketts' first season at the English Premier league was spent as an understudy to the Australian Paul Henderson.

Donovan Ricketts' debut match came in April of 2005 where he played in the final four games for the team. He signed a contract to keep him permanently at the City for two years until 2007. Due to a broken foot, Rickett's stayed away from the early nine games of the 2005-2006 season being replaced by Russell Howarth. He continued to play most of the matches in the 2006-2007 season.

Ricketts became a part of the Major League Soccer in the 2009 season. He was announced to be signed by LA Galaxy on 23 December 2008. Toronto FC of Canada had also shown interest to get Rickett but he decided to join Galaxy due to the advice of Tyrone Marshall. In his first season at the Galaxy, he was able to lead the team to the Western Division title.

Galaxy was also able to reach the 2009 MLS Cup Final. During the finals, Donovan Rickett's sustained a mid-game injury to be replaced by Josh Saunders. The team lost the game to Real Salt Lake in the penalties. The following season, Ricketts was selected as the MLS Goalkeeper of the Year 2010. He did not play for the most of 2011 season due to injury but his team went on to win the 2011 MLS Cup.

Donovan Ricketts was traded to the Montreal Impact on 28 November 2011 in exchange for allocation money. He made 24 appearances with the team before being traded to the Portland Timbers on 7 August 2012, in exchange for goalkeeper Troy Perkins. He stayed with the team until the end of 2014 season. Ricketts was nominated in the 2014 MLS Expansion Draft where he was picked by the Orlando City SC.

Ricketts was traded back to LA Galaxy on 30 July 2015 by Orlando City in exchange for a second-round pick in the 2016 MLS SuperDraft. His stay at the team this time around was short lived as he was released from the team on 7 December 2015. He was picked by Tulsa Roughnecks for the 2017 season but he never made any appearances in the playoffs.

There has not been any information about Donovan Ricketts' personal life. There are rumors of him being married and that he has a wife and a child. But, there have not been any concrete evidence to prove the rumors true. There are also no details of past love affairs.

Donovan Ricketts' net worth is under review at the moment. He was at one time the highest paid Jamaican football player with him having the base salary of $170,000. Information regarding his current salary and annual revenue is not disclosed.

Zheng Haixia 1967 - Zheng Haixia Salary and Earnings as a Coach in China; Her WNBA Stats, Career, Personal Life, Family, and Girlfriend
Biography
Ron Guidry How much retired MLB Ron Guidry earned from his 14-year long career? How much is his net worth in 2020?
Biography