Tarick Ximines is a well-known football player hailing from Jamaica who plays for Mount Pleasant Football Academy as a right back or midfielder. Also, he is a national player who plays for the Jamaica national football team.

Furthermore, Ximines got interested in pursuing a career in football from an early age. So, at a young age, he already made his debut for the youth national football team. Likewise, Ximines has participated in the National Premier League in some games too.

Ximines is currently playing for Mount Pleasant Football Academy. At this time, Ximines makes most of his gains from being a professional footballer, and he has also been a part of a few teams. However, the actual amount of his earnings is not available in the public domain. 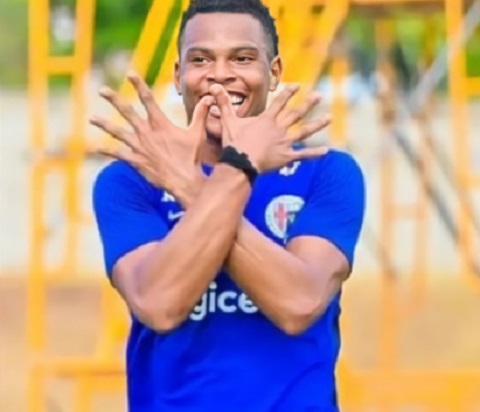 As we know, Ximines has also played for the national team. So, being a national player, Ximines may earn $15,000 (TT$892) and $40,000 (TT$2,380) monthly, which is the average salary of a footballer in Jamaica. As Ximines is still in the early phase of his career, his income will surely rise in the future.

You May Read: Kevon Lambert

Is Tarick Ximines Dating a Girlfriend?

No, Ximines is not dating anyone at the moment. There is no record of him having a girlfriend. Also, the young footballer has not been engaged in any rumors or controversies regarding romantic affairs. So, it is believed that Ximines is giving priority to his career rather than searching for a life partner.

Like many other young footballers, Ximines also prefers to stay lowkey. So, due to his private nature, none of the media outlets are able to accumulate info about his love life. In the same way, Ximines does not have much presence on Instagram.

However, there is an account under his name on Instagram which does not seems to be official.

More on His Football Career

Moving into his career, Ximines began playing football after joining Harbour View. Being a part of Harbour View, Ximines appeared in 16 games. Also, he scored one goal for the team. Later, Ximines received an offer to play for Mount Pleasant Football Academy in JPL.

So, on April 1, 2022, Ximines signed a deal with Mount Pleasant Football Academy. Apart from his career at the club, Ximines has also played for the national football team of Jamaica. On March 27, 2022, Ximines made his debut for the U17 team while playing in a Concacaf World Cup Qualifier.

During that time, he was just 17 years old.

Born on October 7, 2004, Tarick Tarrio Ximines grew up in Kingston, Jamaica. So, Ximines holds Jamaican nationality, and he stands at an impressive height of 6 feet 0 inches.

Meanwhile, Ximines has not given much info about his family life to the media as he is very private about it. So, his father's and mother's details also remain under review.