A Dutch professional football player Donny van de Beek, is currently signed to the English club Manchester United and plays as a midfielder. He is also a member of the Netherlands National Team and even played for the youth team at different levels. He started playing professionally with Jong Ajax in 2015 and won the Eredivisie title.

As a promising youngster, how much does Donny van de Beek from Manchester United? Who is his girlfriend? Also know everything about his family, childhood, and career.

How much does Donny van de Beek Earn in Premier League?

The Dutch professional joined Premier League giant Manchester United on a five-year contract for a reported £35 million-plus £5 million in add-ons. As per Salary Sport, he earns £140,000 weekly and £7,280,000 yearly.

Donny was a key player for Ajax before he moved to England. He also won the domestic league title and helped the team reach the semi-finals of the UEFA Champions League 2019-20. At the Dutch club, he earned £3,400 a week with a yearly salary of £176,800 in 2019.

Van de Beek, who wears the No 34 shirt at United, has made it into the top league. Besides, Beek's market value is €20 million, while the highest value was €55 million on December 18, 2019. One of the top-rated youngsters, Donny will undoubtedly earn more salary and endorsements shortly. 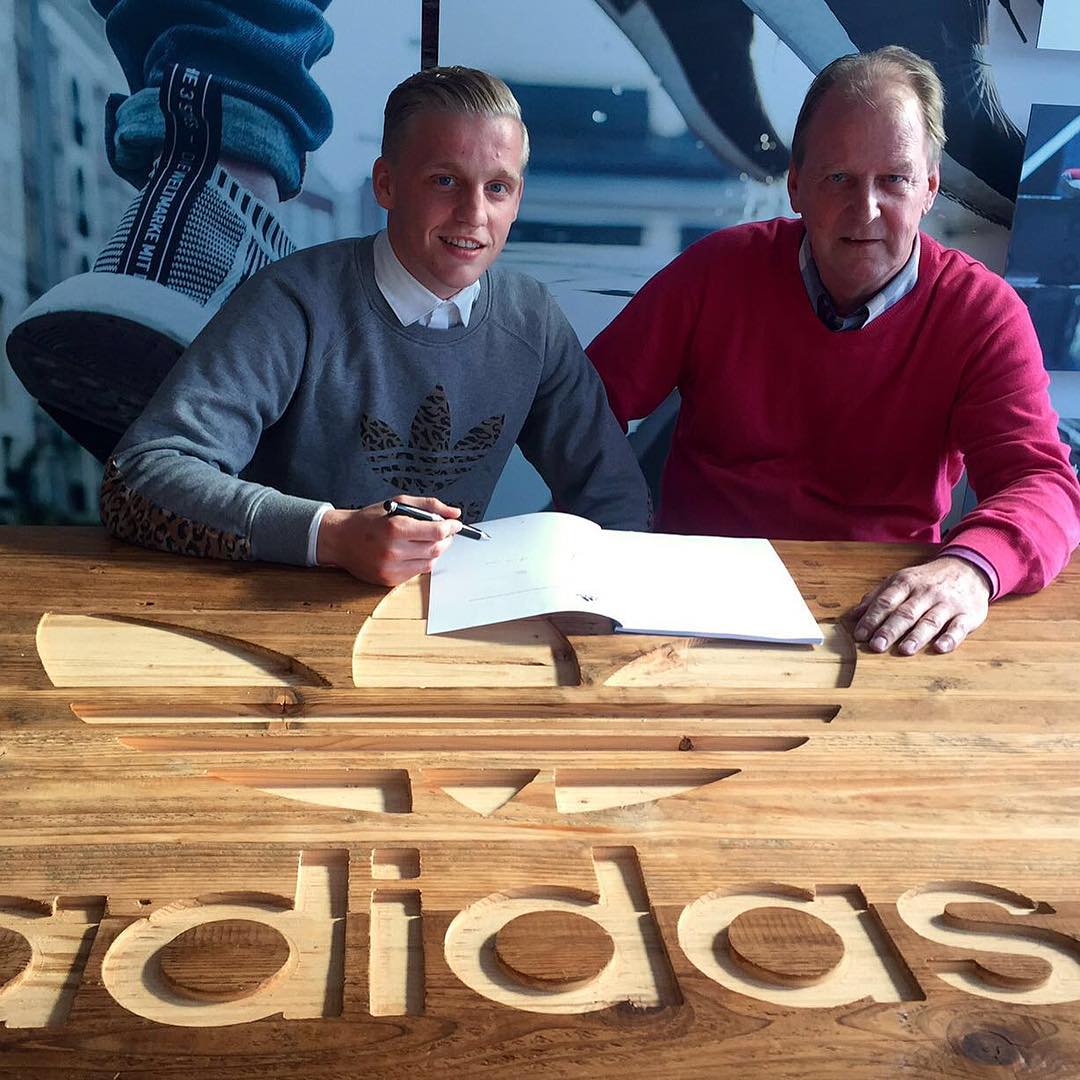 The Dutch international has a shoe deal with Adidas and wears custom-designed Adidas shoes during matches and training. In 2016, he signed a 4.5-year contract with the company and got a certain amount as a part of the contract. He extended the deal with the company in 2019. And as of now, Beek has a net worth of around $10 million.

Who is Donny's Girlfriend? Details On Their Children

Donny van de Beek's girlfriend is Estelle Bergkamp, the stunning daughter of Arsenal legend Dennis Bergkamp. Donny and Estelle are not married yet. Still, they have been in a relationship for some years now. The lovebirds marked their three years of togetherness in August 2022. 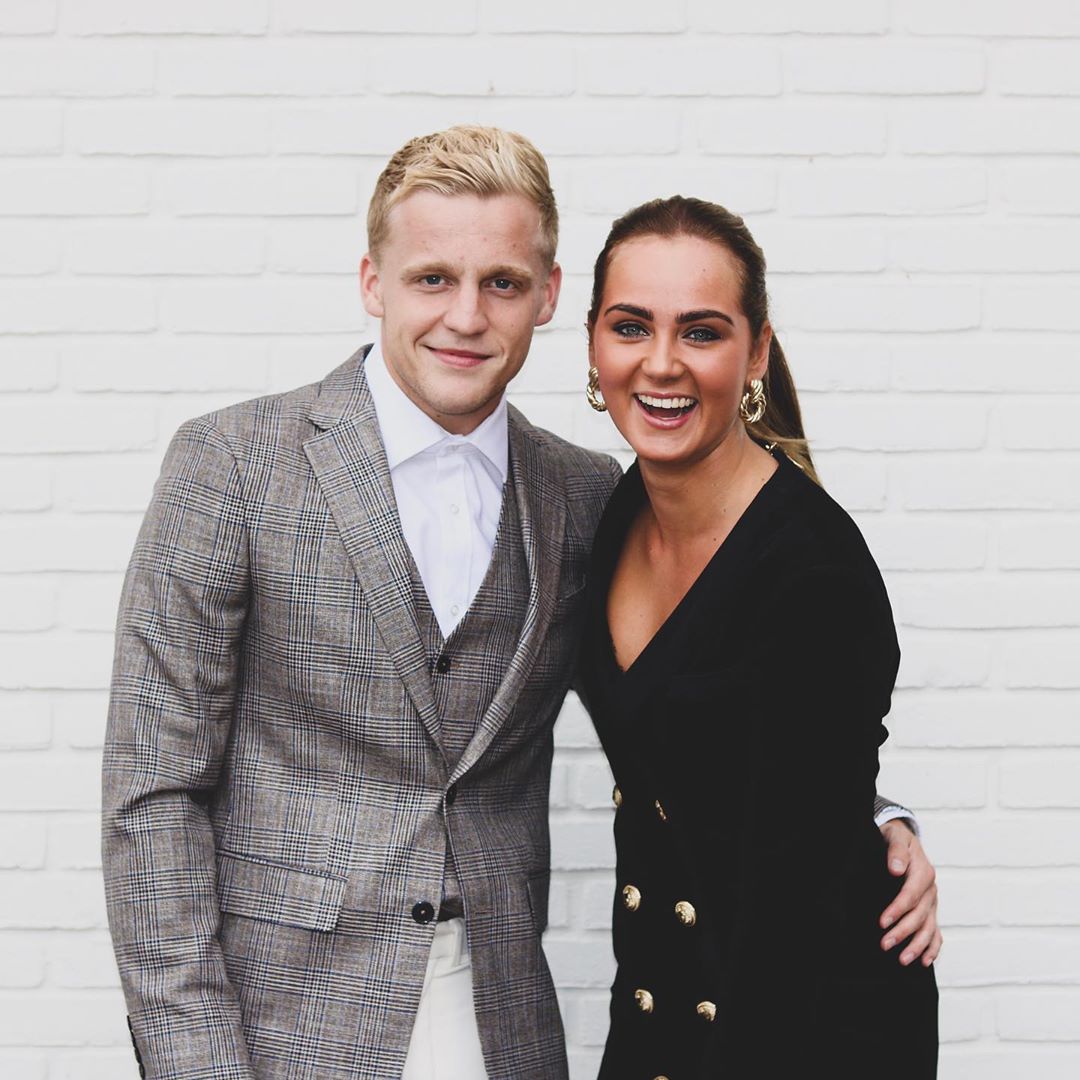 Donny and his girlfriend might have come closer due to football and started dating in August 2019. They first met in Amsterdam in the summer of 2019. They are fun-loving people and often feature unforgettable moments on their social media handles. Apart from dating each other, the duo has started a family. On April 9, 2022, Beek and his girlfriend welcomed a child named Lomee van de Beek. Donny van de Beek and his girlfriend have a baby  SOURCE: Instagram @donnyvdbeek

Donny van de Beek was born on April 18, 1997, in Nijkerkerveen, Gelderland, Netherlands. He holds Dutch nationality. His parents are Andre and Gerdina van de Beek. He also has a younger brother named Rody, who plays for Veensche Boys. His father supported Ajax and took Donny to the stadium when he was only 5.

Van de Beek started training football with Veensche Boys at a very young age. He then joined the youth academy of Ajax in 2008. In 2015, Donny made his professional debut with Jong Ajax and played for the Ajax team. He remained with the team until 2020 and signed with Manchester United. He has also been representing his senior national team since 2017. Now, the national team of the Netherlands is also playing in the FIFA World Cup 2022, and Beek is also included in the squad.