Donald Stewart Cherry was a former Canadian ice hockey player, NHL coach, and commentator. Currently 88 years old, Don started playing ice hockey in the year 1954 and he played until 1972. During the time period of these 19 years, Don had gained quite an experience and later served as a coach and then as a commentator.

The former player, coach, and commentator has married twice. Father of two children, he has a huge net worth of $12 million.

Don Cherry has an estimated net worth of $12 million as of 2022. Talking about his main profession, he was an ice hockey player. Then he took retirement and served as a coach for a few years. Finally engaging himself into commentating live matches of ice hockey, he has currently taken retirement.

On average, a professional ice hockey player earns $2 million to $3 million depending on the team annually. Further, a coach earns about $1 million per year and a commentator also has a salary around the same range. Seeing all these facts, Don's net worth won't surprise us quite much.

Also read: 30 Years Ice Hockey Player Phil Kessel Dating Anyone as Girlfriend or He Is Married

Don Cherry first married Rose. The couple tied the knot in 1957. Don needed to move frequently to the cities due to his profession. He was frequently away playing while at home significant family events, like the birth of their little girl and first child Cindy, occurred in his absence. 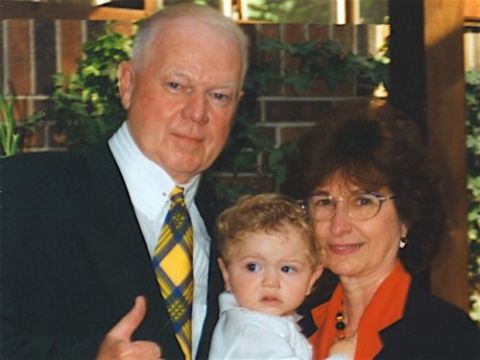 Don Cherry with his ex-wife and child SOURCE: Goulet Communications

The duo was blessed with a son, Timothy, 6 years after their first child's birth. Unfortunately, a tragedy happened with Tim. When he was 13 years old, he had massive kidney damage and needed a transplant; his sister Cindy became his donor.

Now the siblings are close with each other and they live in Mississauga across the road from one another, just near their father. Unfortunately, his wife, Rose died in 1997 due to liver cancer and Don married for the second time to Luba Cherry.

Cherry was born on February 5, 1934, in Kingston, Ontario. He was born to Delmar (Del) and Maude Cherry. Talking about his grandfather, John T. (Jack) Cherry, was an original member of the Royal Canadian Mounted Police, and a Great Lakes ship captain. 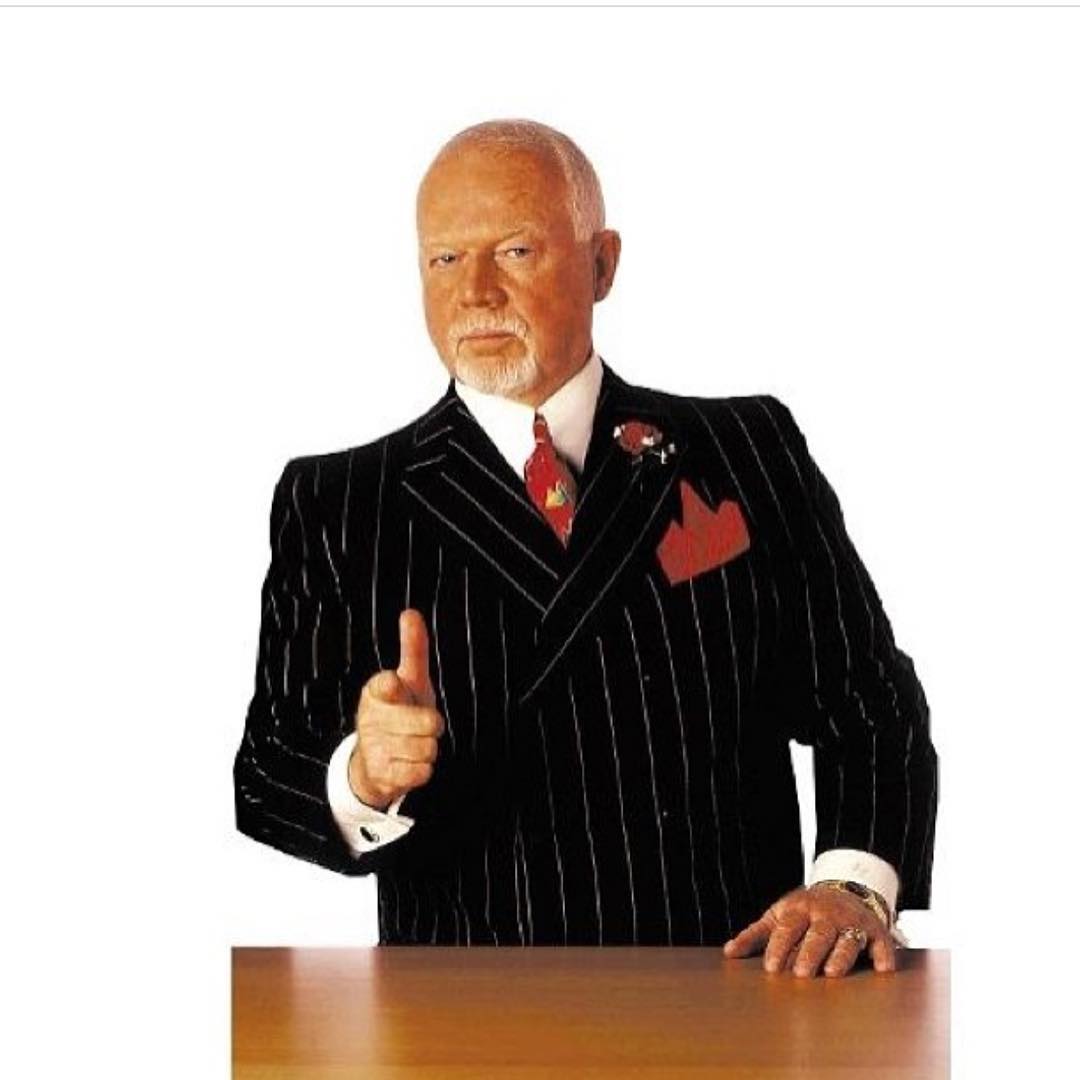 Don's father Del was an amateur athlete who also worked as an electrician with the Canadian Steamship Lines. Cherry's younger brother, Dick Cherry is also a professional ice hockey player. If it was up to Bobby Orr, Don Cherry would be in the Hockey Hall of Fame.

Talking about Don Cherry's career, he played junior hockey with Barrie Flyers and Windsor Spitfires in the Ontario Hockey Association. In the match, Cherry won the title for the best defender and was awarded Memorial Cup. Cherry had a long playing career in professional minor hockey, and in 1955 played his only NHL game. Don is a great supporter of Sidney Crosby, who is also a Canadian ice hockey player.

After his playing career was over, that was in 1972, he started coaching. But before that Cherry struggled for a time as a Cadillac salesman and a construction worker. He worked as a house painter earning $2 per hour. Finally, in the year 1972, he became the coach of American Hockey League's Rochester Americans and won Coach of the Year.