Diego Costa is a football player and the striker for Spanish club Atletico Madrid and the Spanish national team. Having good physicality along with the talent to keep the possession of the ball and goalscoring, he is undoubtedly a talented striker. He has been in confrontation with many of his opponents for which he has been punished on several occasion and criticized as well.

His career began with Braga and Penafiel in Portugal but has since then he has gone on to play for major clubs like Atletico Madrid and Chelsea as well.

Diego da Silva Costa or Diego Costa was born in Lagarto, Sergipe, Brazil on 7 October 1988. His father is José de Jesus and mother Joseileido. His father had named him in honor of Argentine footballer Diego Maradona. He has an elder brother named Jair which is named after Brazilian player Jairizinho.

Costa trialed for his hometown team Atletico Clube Lagrtense but was unable to find success. At age 15, he left Sergipe and moved to Sao Paulo, to work in the store of his uncle Jarminho. His uncle had connections in football and recommended him to Barcelona Esportiva Capela.

He turned professional at the club and was earning £100 per month. Costa competed in the under-18 Taca de Sao Paulo despite having a four-month ban for slapping an opponent and dissent towards the referee.

He was sent off in the first game of the tournament but he was able to attract the attention of the renowned Portuguese agent Jorge Mendes. Later, Mendes offered him a contract at Braga. Despite his father suggesting he join the nearby Associate Desportiva Sao Caetano, he would adamantly take the opportunity and his journey would begin from Braga.

Net Worth of Diego Costa

Diego Costa has been in a professional scene for a very long while. In his long career period, he has played for some of the biggest clubs in Football world such as Chelsea and Atletico Madrid. Costa's earning during his time in Chelsea was £150,000 a week and his current salary at Atletico Madrid is £153,846 a week. Earning such huge numbers in a week shows his net worth to be big as well. Diego Costa's Net Worth is estimated to be $40 million.

Talking about Diego Costa's Cars, Houses and lifestyle is completely an exciting story. After his transfer to Chelsea, Costa bought a home in $8 million but the player after having a problem with the club shifted his family to Spain. While shifting from Chelsea to Athletico, Diego Costa was seen selling his Mercedes, Range Rover, and Ferrari along with his house but the most amazing thing was that he refused to sell his nightclub and shifted it along with him.

Career as a Professional

His first involvement with a European Club was in February 2006, when he signed for Portugal's Braga. Costa struggled to cope With a new environment and cold weather of Northern Portugal. He was loaned that summer to Penafiel in the second division.

Due to his negotiation with Spain's Atletico Madrid, Mendes arranged Costa's transfer for €1.5 million and 50% of the player's rights in December 2006 but he remained on loan at Braga until the end of the season. Costa was presented by Atletico Madrid president Enrique Cerezo on 10 July 2007 as the "new Kaka".

Costa and Mario Suarez were loaned to Segunda Division side Celta de Vigo for the season later that month and Costa became a regular in the team. His first goal in Spanish football came during the seventh league match in the dominant home victory over Xerez.

After his goal, he showboated which caused a brawl which resulted in him being sent off. He was further involved in two more controversies in the mid-season. His personality to start up squabble earned him a reputation for being a disruptive influence.

Even with Costa's reputation for his conduct, Gimnastic de Tarragona and Malaga were still interested in Costa. After the attendance of Atletico's pre-season tour of Mexico, Costa was signed on loan for Albacete. He was not satisfied with the club that he was signed to and would often misbehave on and off the pitch during his time on Albacete.

Costa was sold to Real Valladolid on 8 July 2009 with the transfer including a €1 million buy-back option that could be activated by Atlético at the end of the season. Costa had competition up front from fellow new signings Alberto Bueno and Manucho who were signed from Real Madrid and Manchester United respectively but he would forge a friendship with Manucho later.

In June 2010, Costa returned to Atletico Madrid and was initially a backup to Sergio Aguero and Diego Forlan. He was an Unused substitute as Atletico won the 2010 UEFA Super Cup on 27 August. On 26th September, Costa would get out of the substitute bench to score the game's only goal at home against Real Zaragoza. On 3rd April 2011, Costa was made into a starter after the manager demoted Forlan. 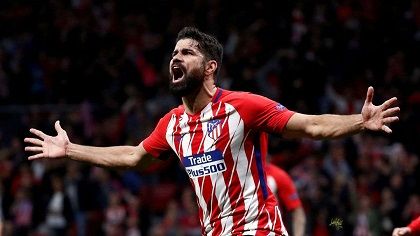 In July 2011, Costa suffered a serious knee injury and had to miss the majority of the season. Costa was an unused substitute for the second time in his career as Atletico won the UEFA Super Cup on 1 September 2012 without him getting on the field.

Costa stayed in Atletico Madrid till 2013-2014 season. He finished the 2013- 2014 season with 27 league goals to become the third highest scorer. He also scored eight goals during the Champions League campaign of 2014 which equaled the record held by Vava since 1959 for most in a season by Atletico player.

On 15 July 2014, Chelsea confirmed the completion of the signing of Costa. Costa stayed with Chelsea till the 2017-2018 season. He helped Chelsea to win the Premier League and the League Cup titles on his first season with the team. In his time at Chelsea, Costa was involved in many controversies before returning to Athletico. 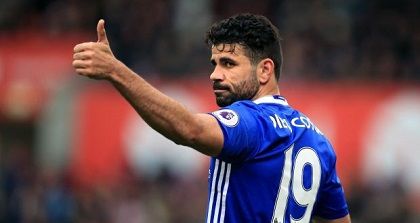 Some of his controversies were the three-match ban by the FA for stamping on Emre Can on January 2015 during the League cup semi-final and September 2015 three-match ban for violent conduct.

In June 2017, Costa was told by Conte that he was not part of his plans for the coming season and that he was free to move to another team via text message. Costa has signed with his former team Atletico Madrid and has been playing with Atletico since this season.