Houston, Texas native, DiDi Richard was born on 8th February 1999, under the star sign Aquarius. She is the daughter of Damian and Ungeanetta Richards and has one brother, Damian. Richards is an American by nationality and is of Afro-American ethnic background.

DiDi Richards is a quite confidential person when it comes to her love life. Everything about her past and the present affair is being kept under wraps. She is not the one who flaunts rather enjoys it behind the camera. Since, there is no information available regarding her dating, she is assumed to be single. 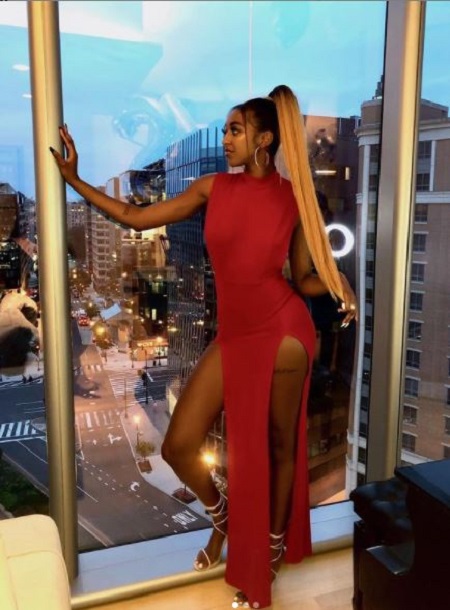 Her Instagram where she has 75.4k followers has total of 111 posts as of April 2021. Most of the pictures on the page are from basketball and rest her amazing solos.

All-time leading scorer at Cypress Ranch High School, DiDi averaged 18.5 points, 8.2 rebounds, 2.3 assists, and 2.9 steals per game as a senior. A five-star recruit, she was also named to Jordan Brand Classic and McDonald’s All-American in 2017.

For a college basketball career, she chose Baylor where she had a breakout in sophomore. That season, she started in all 38 games, helping the team to a national championship. In her junior season, she was ranked 14th and 13th in the NCAA.

In the 2021 WNBA draft, he was picked by the New York Liberty with the 17th overall.