Dick Vitale is a professional basketball sportscaster from America who is currently working as a college basketball broadcaster in ESPN. Throughout his career, he was very famous for his phrases such as "diaper dandy". For his 41 years of contribution to college basketball, he was inducted into the College Basketball Hall of Fame n 2008. Also, in 2016, he was inducted into the New Jersey Hall of Fame.

Before working as a broadcaster he previously worked as an NBA coach. During the 1978-79 season, he coached the NBA Team Detroit Pistons and led them to a 30-52 record. He was also a head coach of different high schools and colleges including the University of Detroit. In 4 years, in 1977he led the team to the 32-team NCAA tournament.

Besides sports, the 2013 NSMA Hall Of Fame inductee has also written an autobiography book and appeared in different movies and televisions. Also, he has appeared in commercials, he has had a long career.

Who is Dick Vitale? (Bio and Early Life)

Richard John Vitale, famously known as Dickie V was born on June 9, 1939, in Passaic, New Jersey, United States. He is a Christian by religion and his zodiac sign is Gemini.

His family background was not well established. His mother was Mae Vitale who used to work in a factory. His father's name is John Vitale who was an operator of a piece work clothing press and also worked as a security guard. 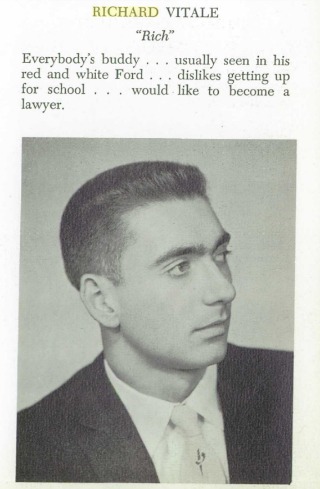 He grew up in Garfield, New Jersey along with his brother John Vitale. He was much interested in coaching since his early days. In 1958, he started his first job as a coach at just 19 years of old. After, he started coaching East Rutherford High School and even won the New Jersey State championships.

The 2019 Sports Emmy Award winner attended East Rutherford High School and later went to Seton Hall University for his bachelor's. He graduated with a degree in business administration from Seton before finishing his Master's degree from William Paterson University.

Dick Vitale has an estimated net worth of $23 million approximately. His primary source of income of all of his assets and monetary value is from coaching different teams and working as a sports broadcaster.

As of today, he earns mostly from ESPN. He has been involved with ESPN for more than 40 years and it has turned out a good career choice for him.

He is also involved in the real estate business. According to sources, he and his wife bought undeveloped land of 1.4-acre plots. Later they completed the project which worth is more than $7 million as of 2021. So, they are the owner of 12,700 square foot mansion. 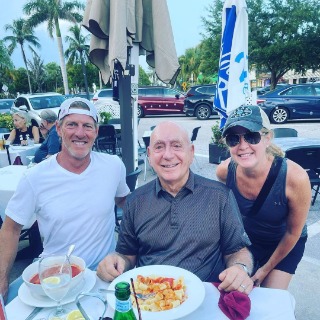 Besides, he is also a great supporter of College footballers who should get a chance to earn from their Name, Likeliness and Image. He said.

“If a player can go out and make some money on his likeness and his name? Why not,” he asked. “Years ago, Olympic athletes were amateurs and didn’t get paid. That’s changed drastically. There’s millions out there. There’s no doubt in my mind that the players should get something for their likeness and their name. They can make an appearance. Why not?”

Recently, in 2021, it was announced that he agreed to extend his contract with ESPN throughout the 2022-23 season.

“I’ve said this 5 million times: If the day ever comes I don’t recall names, I can’t recall information I need to share, I’ll be the first guy to pick up the phone and say the party’s over. But I feel better than ever. In fact, people tell me you sound more enthusiastic than ever.”

He is one of the most exciting and senior broadcasters of ESPN. As per the sources, he currently earns around $3 million per year with the ESPN.

However, top NBA Sportsperson and announcers can earn up to $10 million per year. Stephen A. Smith is the highest-paid announcer of the NBA, who works for ESPN. Other top earning ESPN's broadcaster is Mike Greenburg and Tony Kornheiser who earns $6.5 million and $6 million respectively.

The ESPN college basketball sportscaster is currently married to his wife and former girlfriend Lorraine McGrath. The pair have been married for nearly 5 decades. 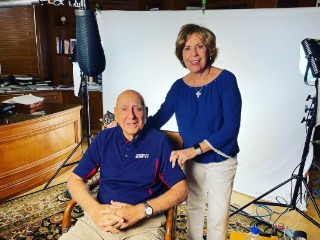 Dick Vitale met his wife Lorraine in October of 1969 for the first time. At that time he was working at East Rutherford High School as a head basketball coach. Later on 22 of May, the couple got married.

On his meeting with his wife, he said,

“I met Lorraine in 1969, the day the New York Mets won the World Series. The Mets won a championship and I hit a grand slam.”

Dickie V and his wife Lorraine are blessed with 2 children, both daughters. The eldest one is Terri, who is currently married to Christopher Sforzo. She is a graduate with an MBA degree from Mendoza College of Business. Terri has previously, served as the president of the Monogram Club.

She has 2 children named Ryan Sforzo and Sydney Sforzo. 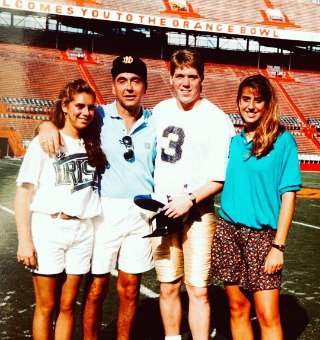 And Vitale's other daughter Sherri is currently married to Thomas Krug. She has also an MBA degree and like her sister, she also played tennis back in 1990.

From Sherri, Dick V has 3 grandchildren, 2 grandsons and 1 granddaughter.

Besides being a sportscaster, Lorraine's husband Dick Vitale has also written books. He is very famous for his iconic sayings on different occasions of game. Some of them are,