Richard William Duncan Pound widely recognized as Dick Pound s a Canadian swimming champion, lawyer, as well as spokesperson for the ethics in sport. Featured as one of the "100 Most Influential People in the World" Pound was the first president of the World Anti-Doping Agency and also a vice-president of the International Olympic Committee.

How Much Is Dick Pound's Net Worth? Know His Income Source

Longtime IOC member Dick Pound's net worth is almost $2 million as of 2020. The significant source of his earning is the sports industry, intially as a pro swimmer, and then after holding several positions in the Canadian Olympic Committee. 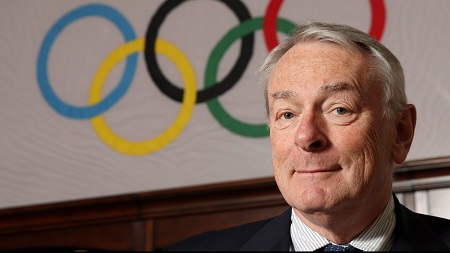 Additionally, being a lawyer he adds tremendous sum to his bank account. The average Lawyer salary in Canada is $107,221 per year or $54.99 per hour.

What's more, Pound also earns much from his books. His most recent published was 2014 Made in Court: Supreme Court Cases that Shaped Canada. Fitzhenry & Whiteside.

Dick Pound has married twice, however, there he has never talked about his first spouse in front of media. But it is no secret that he has three children from his first marriage.

He celebrated his second marriage with a Montreal author Julie Keith. The couple does not have their bio child but Pound is stepfather to Keith's two children. Currently, the family resides in Westmount, Quebec.

Born as eldest of four children, Pound's father was an engineer at a pulp-and-paper-mill, hence the family moved often to numerous Quebec towns, including La Tuque and Trois Rivieres.

He enrolled at the Mount Royal High School and Selwyn House School in Montreal. In addition to swimming, he was a squash player who has won the 2X Canadian intercollegiate championship.

In 1962, Pound received a Bachelor of Commerce degree from McGill University. Moreover, he has a B.A. with honors from Sir George Williams University (now Concordia University) earned in 1963. Also, he holds a degree in a B.C.L.from the McGill University Faculty of Law in 1967.