Derrick Deshaun Watson who is also known as Deshaun Watson is an American Quarterback who is currently playing with Huston Texans in NFL. He is an active rooster who has been the two times winner of  Davey O'Brien Award, Manning Award,  Heisman Trophy finalist.

Born on September 14, 1995, in Gainesville, Georgia, he has completed his high school from Gainesville High School and he is graduated from Clemson University. He was selected by the Texans 12th overall in the 2017 NFL Draft and from then he is been on the spotlight. 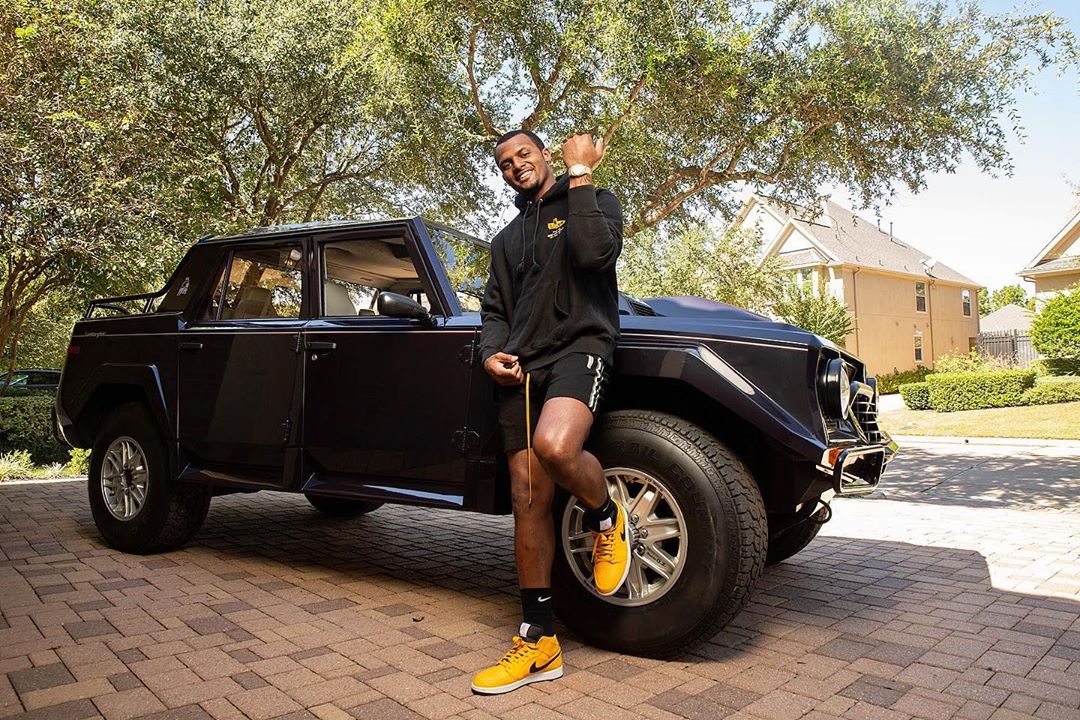 The NFL QB has a collection of several expensive cars. He owns Bently which is worth $200,000 and similarly he also owns Lamborgini which costs around $1.5 Million.

Deshaun seems to have endorsements and sponsorship from various brands. Recently he became the brand promoter of Rolex, Snickers and we believe that he has sponsorship form more well-established brands but he has not disclosed his actual income from endorsements till this date.

The quarterback NFL player seems like he is enjoying his fame. Houston's fans were shocked after they found out their favorite QB is dating Instagram model Ashley Marie. He took his new girlfriend on the ProBowl and from there, the rumor hit the internet. 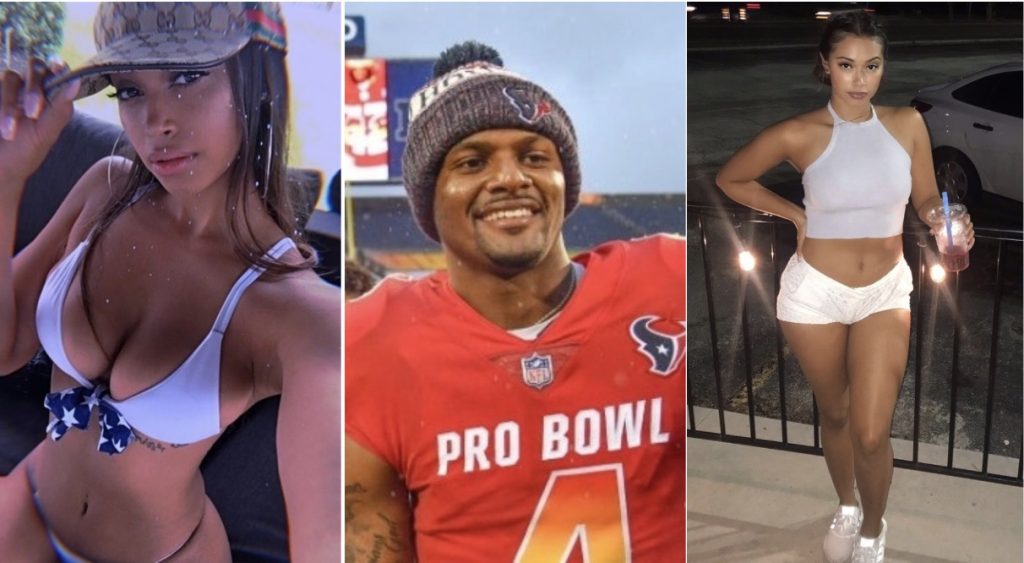 It was the trip of Orlando where Houston Texans quarterback Deshaun Watson played his first Pro Bowl game in Jan 2019 where he helped the AFC to take home a nice extra paycheck and in a trip, Watson was not alone in the trip to Orlando he took his new girlfriend, Ashley Marie.

However, till this date, Watson has not confirmed his relationship status and it seems to be just a rumored but for Houston fans, it's become the new topic to gossip and for Watson, it became a new way to be in the spotlight.

It was Sep 2017 when 6 ft 2in NFL player was rumored to be dating the former adult movie star and model Mia Khalifa. Twitter post of Mia Khalifa went when she posted a video where she is hanging out with NFL player at her home.

Watson's video was actually filmed in June but was posted on Thursday as part Khalifa’s happy birthday message to the 22-year-old Watson. 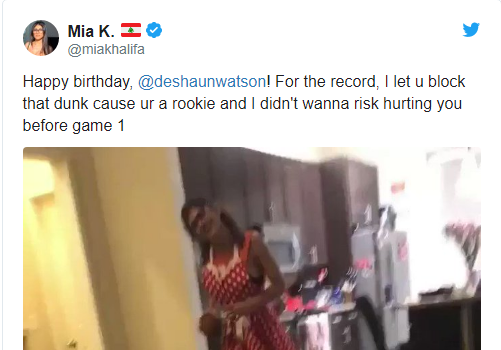 Later on, in one of the interviews with Mia Khalifa, she said,  “It all started over a home-cooked meal when Deshaun moved to H-Town. Mia says she lives close to Watson and, with him being new to the area, she invited him to her place for some hospitality and from that day we have been tight ever since. No sex though.”

Mia Khalifa is considered as the Black widow because it was not a first time she date sports players, before Deshaun, she has dated Chad Kelly, Duke Williams, and Willson Contreras

Deshaun Watson and Dallas Robson used to be bound in love since college days. They dated each year for a long time and during those days couple was away from the spotlight. 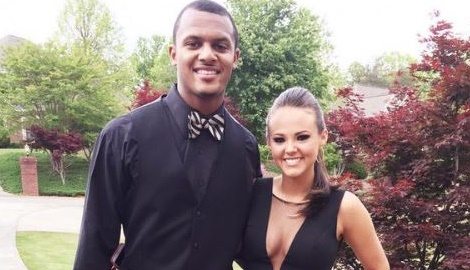 Dallas Presley Robson used to play basketball from Gainesville, Georgia where she attended Gainesville Middle School and Gainesville High; therefore, she and Deshaun met there and started dating there as well.

Dallas a basketball player and soccer player Deshaun graduated from Gainesville High School from where she graduated in 2016. she used to be the captain of the varsity team.

The 6 ft 10 in Quater back is born and raised in Gainesville, Georgia where he was raised by his Mom, Dean Watson with four kids. He and his siblings were raised by a single mother and they literally have nothing to rely on. However, his mother works hard to put two times meals for kids.

Deshaun is the second of four children. His older brother, Detrick, is 27 years old. Deshaun has two younger siblings, a brother, and sister, who are twins. Tinisha and Tyreke are the youngest Watsons.

They grew up in the hood in a government apartment with two-bedrooms where he lived with seven people. It was tough for him because they bearly used to have lights in the house. His mom used to works for community service. Her mom is a hero for him because it's her whose hard work and struggle made him star today.

His mom is the victim of tongue cancer and she is unable to speak because of cancer, she has been diagnosed several times but she has not been recovered yet. In one of Watson's interview, he said “I think my purpose in life is to share my story and be able to give back to other people,”  “Let people know they can achieve anything they want to.”

In 2017 he gave Jaguar XJ to his mom as a gift in her birthday. Somehow 24years old quater back has reached in peak and he is not just a player, he has proved to world that everything is achivable with hard work and honesty.

After getting admission to Gainesville he initiated his career and During those days Watson set numerous state records, including total yards (17,134), total touchdowns (218), career passing yards (13,077), and career passing touchdowns (155) and due to his contribution he led the Gainesville High School Football Team to the state semi-finals and in 2014, he was ranked the number one quarterback recruit for the 2014 class by ESPN.

In 2014 he enrolled at Clemson Tigers football team and following the same year he broke a bone in his right hand in a game with Louisville Cardinals. He left in the first quarter of the game. Because of his injury, he missed several games but he was returned for the game against Georgia Tech.

He is now playing with Huston Texans and because of his performance Texans have managed to perform competitively in league games. He plays alongside.