Dennis Anfernee Santana Sanchez, famous as Dennis Santana is a professional baseball player from San Pedro de Macorís, Dominican Republic. The hunk currently plays for the Los Angeles Dodgers of the MLB as their No. 77 Pitcher.

Born on April 12, 1996, the Dominican man was signed by the Dodgers as an international free agent in March of 2013 and played for the minor leagues until 2018.

Furthermore, the baseball pitcher enjoyed $170,000 of signing bonus in 2013. Players such as Clayton Kershaw, Justin Turner, and Kenley Jansen are the highest-paid rooster of the Dodgers.

Before being promoted to the senior team, he played 5 seasons in the minor leagues. According to the source, the average salary for a Baseball Player, Minor League (AAA) is $82,122 per annum. 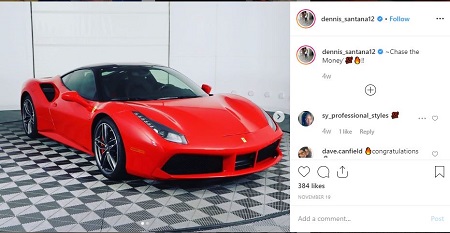 Got Married On The Mound

Santana and his girlfriend, Marisela tied the knot on the hill in the first wedding of a Raptors player at Lindquist Field, in July 2015. The pair met in April when he was working out at the Dodgers' extended spring training facilities in Marisela's native Arizona. 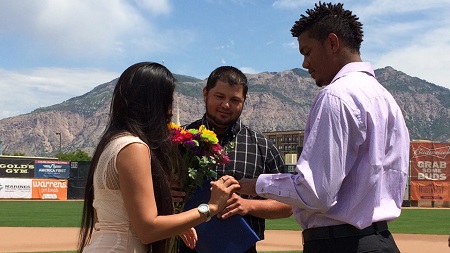 Since Santana was assigned to the Pioneer League in June, the duo grew accustomed to life as a baseball couple, with the team traveling for up to seven days at a time. 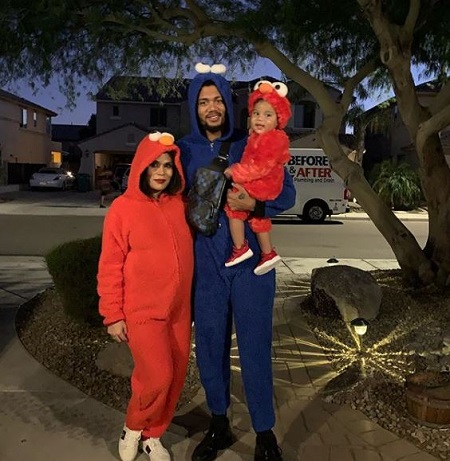 Dennis Santana with his wife and son SOURCE: Instagram @dennis_santana12

On 14th February 2018, the couple announced they are expecting their first child. On the 4th of July, they welcomed their little one whom they named Dennis Jr. As of 2019, the family of three is expended to four, following the birth of their second child.

His Father Names Him After Two Professional Athletes

He said, “My dad really liked basketball, and he liked (Anfernee) "Penny" Hardaway, so I got the name because of that,” said Santana, the whose given name is Dennis Anfernee. "My first name was for Dennis Rodman".

Though his father wanted him to be a basketball player, he showed a keen interest in baseball since his childhood and excelled in the game during four years playing in the Miramar League, while still in school.

At the age of sixteen, Dennis Santana was signed by the Los Angeles Dodgers as an international free agent. The following year, he made his professional debut with the Dominican Summer League Dodgers where he spent the entire season. In 2015, he pitched for the Arizona League Dodgers and Ogden Raptors.

In 2016, he appeared for the Great Lakes Loons and was a Midwest League All-Star with the teams. For the 2017 season, he started with the Rancho Cucamonga Quakes and later promoted to the Tulsa Drillers.

Began with Tulsa, he was promoted to the AAA Oklahoma City Dodgers. That same year on 30th May, he was called to the majors by the Dodgers, making his major league debut on the 1st of June.