Denis Bouanga is a well-known French professional football player. He is currently playing in the French league, Ligue 1, for Saint Etienne. Denis turned professional in 2014, playing with Lorient in Ligue 1. Bouanga plays as a Winger for his club and country.

Denis Bouanga was born Denis Athanase Bouanga on November 11, 1994, in Le Mans, France. He rose to fame through his successful career and has not shared much about his parents. Denis has a brother Didier Bouanga who is also a football player. Bouanga stands five feet and eleven inches tall and weighs 70 kg.

Denis Bouanga has an estimated net worth of more than $2 Million. He has earned most of his net worth through his football career. A football player has multiple sources of income. Bouanga must be receiving a handsome amount from his sponsorship and advertising deals. As per sources, Denis receives an annual salary of £1,040,000 while playing with AS Saint-Etienne for the 2022 season. He has a weekly wage of £20,000. 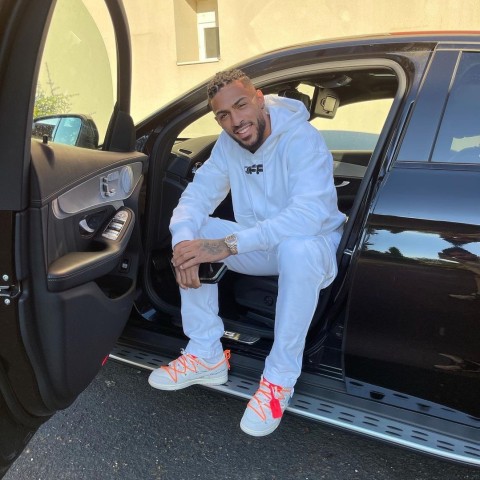 Denis signed a three-year contract with Nimes FC for a reported €3 million, but the following season, He moved to Saint-Etienne and signed until 2023. None of them shared the contract details. Bouanga started his career in 2015, playing for £26,000. His salary increased to £124,800 in the following season and then to £624,000 in 2018. The player is very early in his career and will be adding millions in the future.

Denis is very open about his relationship status. The football player is a married man living happy married life with his wife and children. Bouanga exchanged his wedding vows with his longtime girlfriend, Maella. They had been dating each other for several years before their marriage. The pair had a private and beautiful wedding ceremony with close friends and family. 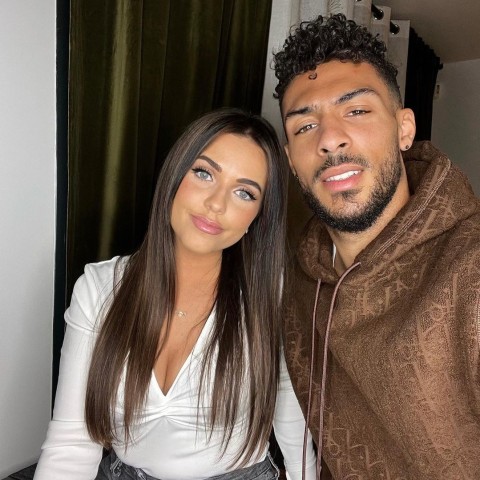 Denis along with his wife, Maella SOURCE: [email protected]_20

Denis and Maella welcomed their first child, Kaais, in August 2017. Bouanga is very close to his family and spends his free time with them. In early 2020, The duo opened, expecting their second child. In August 2020, The family of three extended to four with the birth of Nakiya Bouanga. Denis keeps sharing his children's photos on his timelines.

Denis started training football with SO Maine's youth academy from his early days. The player remained with the youth academy until 2011 and moved to Le Mans. He signed his first major contract with the club and played until the 2013 season. At the end of the season, Bouanga moved to Mulsanne-Teloche and earned his senior team call. However, He could not get a chance to play for the team.

In 2014, Denis moved to Lorient and signed until 2017. The player appeared in thirty-eight matches for the club. He was loaned to Strasbourg for the 2016 season and then to Tours in 2017. In 2018, Bouanga moved to Nimes for a three-year contract but signed with Saint-Etienne in 2019. He is currently playing with Paul Bernardoni and Ryad Boudebouz