Puerto Rican professional baseball player Enrique Javier Hernandez is often called Enrique Hernandez. He currently plays as a baseball utility player for the Los Angeles Dodgers of Major League Baseball. He is most experienced as an outfielder but also can be fit in every position except pitcher and catcher.

The twenty-seven-year-old hunk is married. Further, he has a tremendous net worth of $6 million as of 2019.

Enrique Hernandez Net Worth and Endorsement

Enrique Hernandez has an estimated net worth of around $5.5 million. His significant source of income is his baseball as he has not revealed any information related to an endorsement deal.

In 2017, Hernandez earned $5 million as his annual salary from his current club. With a tremendous net worth, Hernandez is living a lavish and luxurious lifestyle.

Enrique Hernandez Personal Life; Who is he Married to?

Enrique Hernandez got engaged to his fiancé Mariana Vicente, Miss Universe Puerto Rico 2010 as well as had a top-10 finish in the Miss Universe Pageant. The couple is together for a very long time.

The couple often makes public appearances together. Mariana and Enrique spent quality time together, roaming in a mesmerizing holiday destination in their vacations. 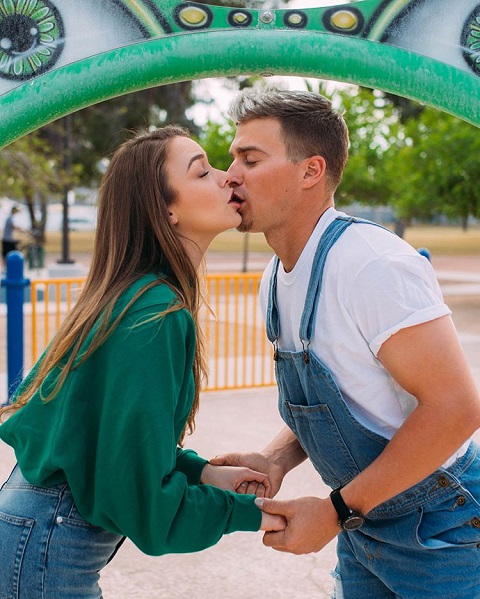 What's more, the duo exchanged wedding vows in 2018 and honeymooned in Thailand.

Hernandez is an animal lover. He owns two dogs to which he treats like his children and often take along with him while going to holidays, events or walk.

At the age of six, Hernandez started playing baseball and participated in international youth tournaments in the Dominican Republic and Venezuela. He enrolled at American Military Academy in Guaynabo, Puerto Rico, and was only the MLB player to be drafted out of his high school.

Enrique Hernandez holds Puerto Rican nationality and he is of white ethnicity. His birth sign is Virgo.

Enrique Hernandez was picked by the Houston Astros in the 6th round of the “2009 Major League Baseball Draft”, where he earned $150,000 as his signing bonus. On 1st July 2014, he made his major league debut against the Seattle Mariners.

On 31st July 2014, Hernandez was traded to the Miami Marlins along with Jarred Cosarts for Francis Martes, Colin Maran, Jake Marisnick, and a compensatory draft pick. On 26th September, he represented Marlins against Washington Nationals where he hit a ninth-inning grand slam off Craig Stammen which was his first career grand slam in the major league. He made a total of 18 games appearance and batted 175 for the Marlins.

On 10th December 2014, Hernandez, Andrew Heaney, Austin Barnes, and Chris Hatcher were traded to the Los Angeles Dodger in an exchange for Miguel Rojas, Dan Haren, Dee Gordon, and cash. He was loaned out to the AAA Oklahoma City Dodgers and was recalled by the Los Angeles Dodgers on 28th April 2015.