Austin Barnes is a professional baseball catcher for the Los Angeles Dodgers of Major League Baseball (MLB). He was picked in the 8th round of the 2011 MLB draft by Florida Marlins and made his MLB debut in 2015. Talking about his playing position, he plays both as a catcher and as an infielder.

Currently,  Austin is married to his fiance, Nicole Rappaport. The duo exchanged vows in 2012. Well, want to know further information? Then stick with us till we introduce Austin to you in detail.

Austin Barnes Net Worth and Earnings; How much does he earn in 2019?

Austin Barnes is currently married to his sweetheart Nicole Rappaport. The duo reportedly met each other through a mutual friend. Besides, the lovely couple got engaged in February 2017.

Although they planned to get married on January 18 of 2018, their marriage was a little postpended and they tied a knot on January 20, 2018. 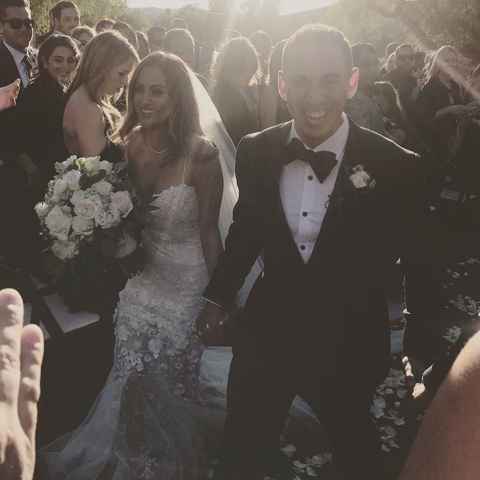 Austin Barnes and his wife Nicole Rappaport on their wedding SOURCE: Instagram

His wife Nicole is an alumna of Riverside’s Martin Luther King High School. The couple currently lives in Riverside.

Apart from that, Austin has a clear past record as we don't have any of his previous dating records. Likewise, he is also far away from any rumors or controversy Until this date the player haven't been rumored of anything.

Besides, Dodgers players have made the most of this off-season eventful, with a couple of weddings taking place. With five already taking place and more on the way, the Blue Boys are reminiscent of when they were called the Bridegrooms. Alanna Rizzo tweeted a list of players to be married during the off-season. 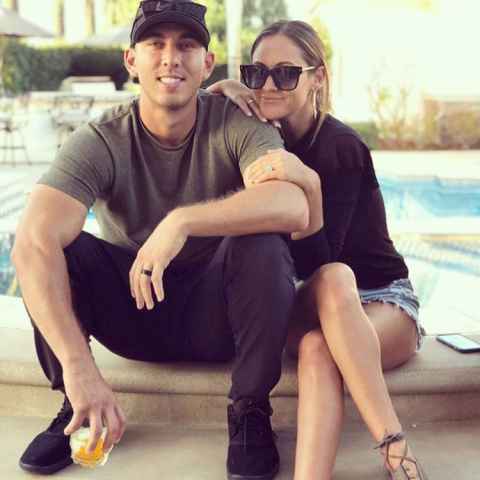 The Dodgers' first marriage was of pitcher Ross Stripling and his wife Shelby, who tied a knot at the beginning of November 2018. The next Dodger to get married was Alex Wood, a pitcher. Alex and his wife Suzzana were married at the end of November. Last but not least, the next on the list was Justin Turner and his wife Kourtney. The couple got married in December of 2018.

Austin Barnes has a perfect height of 5 feet and 10 inches tall. Likewise, he has a highly-maintained healthy body that weighs about 84 kg.

Austin Barnes was born on December 28, 1989, in Riverside, California as Austin Scott Barnes. Apart from that, he is the nephew of former MLB infielder, Mike Gallego. Likewise, his younger brother, Griffin, played catcher for Grand Canyon University and recently signed with the Los Angeles Angels.

The oldest of four children, his parents are Stephanie Barnes (mother) and Dennis Barnes (father). His two other siblings are Savanah Barnes (sister) and Dylan Barnes. Dylan Barnes also played baseball in his teens and now works in Riverside

As per Austin, his favorite actor is Will Ferrell and he enjoys playing golf in his free time. Further, nothing much is known about his family background. Likewise, Austin attended Riverside Polytechnic High School. Further Austin is a graduate of Arizona State University.

Austin Barnes was selected by the Florida Marlins in the eighth round of the 2011 Major League Baseball draft and he made his professional debut that season for the Jamestown Jammers. From 2012 to 2014 he played for the Greensboro Grasshoppers, Jupiter Hammerheads and Jacksonville Suns. Later, he split time between catcher and second base.

On December 10, 2014, Barnes was traded to the Los Angeles Dodgers, along with Chris Hatcher, Andrew Heaney, and Enrique Hernandez, in exchange for Dan Haren, Dee Gordon, Miguel Rojas, and cash. He was assigned to the AAA Oklahoma City Dodgers.