The gifted player Ron Dayne, born by the name Ronald Dayne, is a former American college proficient football player who was a running back in the National Football League for Eight Seasons. He played for New York Giants, Denver Broncos, and Houston Texans until his retirement in 2007.

NCAA's all-time leading rusher was born in 1978, on March 14, in Berlin, Township, New Jersey, the United States. His nationality is American, and his ethnicity is black. He didn't receive proper love and care from his parents when he was a child as they got divorced, and he had to move to his relatives.

The former NFL star is currently married to his wife, Courtney. The couple tied the knot in July 2016 after dating for a couple of years. Ron Dayne reportedly was in a relationship with his former girlfriend Alia Lester and planned to marry her in July 2001. However, the couple never revealed the marriage and separation. 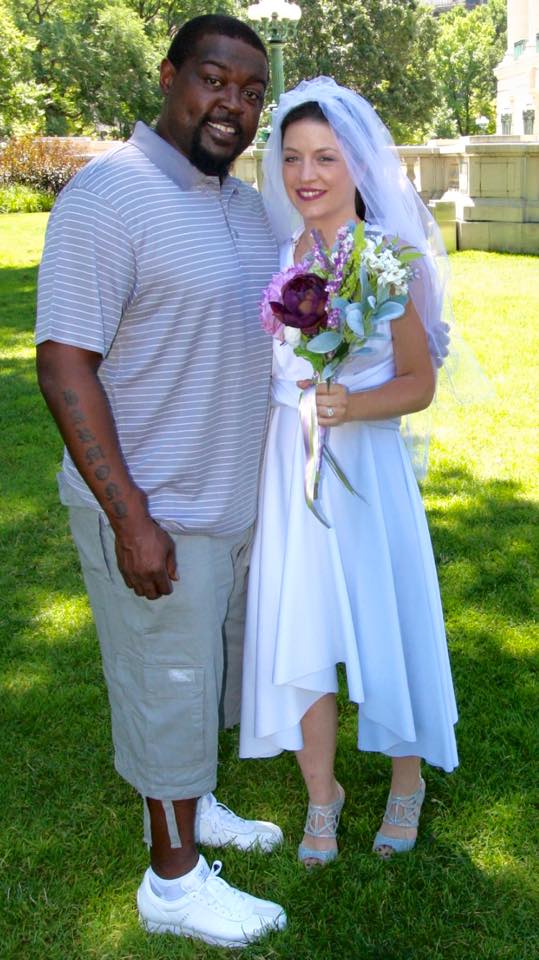 Ron Dayne and his wife Courtney at their wedding SOURCE: [email protected]

His former girlfriend Alia also studied at the University of Wisconsin-Madison, where the couple might have met each other. She is a graduate with a degree in journalism.

Ron is the father of two children, Jada Dayne and Javian Dayne, with Alia. Their daughter Jada was born in November 1997. His son Javian plays as a running back at Boston College.

He has huge fans and followers because he was one of the renowned names in football. He is socially active on social networking sites. He can be easily found on Twitter, Facebook, and Instagram. He has a pleasant personality and a perfect height of 5 feet and 10 inches.

This player is still highly praised for his outstanding records and achievements. Entering his professional career and early life, he went to Overbook High School in his hometown, and at the early phase of his life, he excelled in track and field sports. He made several records.

He went to the University of Wisconsin-Madison for his higher education, and there he played for the Wisconsin Badgers football team from 1996 to 1999. He was popular and fabulous, set the career records for career rushing yards, and managed to win the Heisman Trophy.

In 2000, he turned professional and started his career by playing with New York Giants. He also played for Denver Broncos and Houston Texas. He took retirement in 2007.