David Wotherspoon is a famous football player based in Perth, Scotland. David plays as a mid-fielder for the club St Johnstone, wearing jersey number 10. Besides, he formerly played for the professional football club Hibernian. Additionally, David is also capable of playing as a Right Midfielder and Left Midfielder.

Moreover, David was born on January 16, 1990, and started his early career in Perth. As a youth, he played at the youth level with Abernethy Cubs. Also, the footballer was a St Johnstone supporter in his childhood. He was raised by his parents, Ian and Sheila Wotherspoon. More, the pro-player holds dual nationality of Canada and Scotland. And he is qualified to play for Canada through his mum Sheila, who was born in Canada and holds Canadian nationality. However, David has also been part of Scotland's Under 18,19, and 21's squads.

How Much Does David Wotherspoon Receive Playing For St Johnstone?

David Wotherspoon is a talented and skilled player whose current salary is £1,400 per week and receives £72,800 playing for St. Johnstone annually. Similarly, the football club has 41 players in their home squad, and David is among the highest-paid players in his squad.

Likewise, his teammate, Remi Matthews, receives a weekly salary of £4,700 and £244,400 annually. Additionally, David's current market value is €600 thousand; meanwhile, he has a market valuation of €1.25 million as of March 1, 2010, when David was playing for his former club, Hibernian FC. 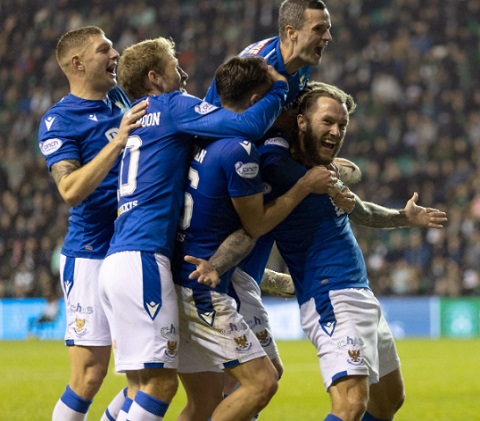 Additionally, the Canadian footballer Scott Kennedy signed a deal worth €150 thousand with SSV Jahn Regensburg. Talking about his net worth David's net worth is estimated to be $100 thousand. Besides his professional career, David might be adding more money into his bank account from other sources like sponsorships and collaboration. However, David hasn't revealed much regarding this topic.

Details On His Professional Career- Contract With St Johnstone

The Canadian footballer David is currently playing for St Johnstone as a midfielder. Wotherspoon signed a two-year contract with the club on July 2, 2013. On February 2019, Wotherspoon extended his contract with St Johnstone for another two years. In his early career, he played at the youth level with Abernethy Cubs.

Likewise, he was also part of the Hibernian youth side in 2009. Playing for the club Hibernian, he completed four seasons. In 2013 he played for St Johnstone, where David made more than 250 appearances and has already scored 23 goals.

Further, he joined the Canadian senior squad in 2018. As of today, he has earned ten caps and scored 1 goal representing the senior team.

Wotherspoon Is A Proud Father Of Three

The former Hibernian player, David Wotherspoon, is married. Besides, he is a family man and a proud father of three. David is a well-established footballer and is blissfully married to his wife, Sophie. Another football player, Atiba Hutchinson, is a married footballer wedded to Sarah Hutchinson.

Unfortunately, David hasn't shared much about his wedding life, nor has the player revealed his wedding date and venue. Also, David likes to keep his details private from his social media handle as he is a career-focused player whose foremost concern is his growing career. 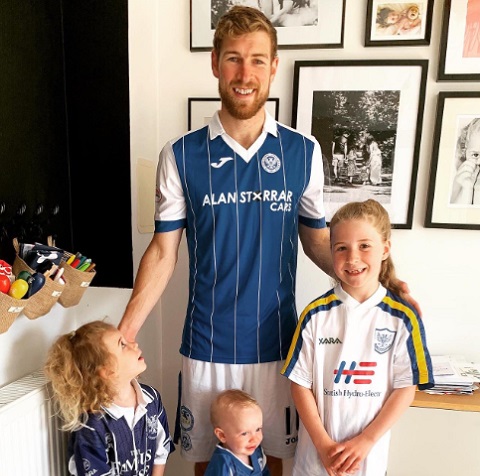 However, we know that Wotherspoon is a caring and loving father and a husband to his three kids and wife, Sophie. And the footballer loves spending quality time with his kids whenever he is free from his hectic schedule.

David is a versatile player and among the skilled and talented players in his squad. So, he started as a right-back for Hibs. 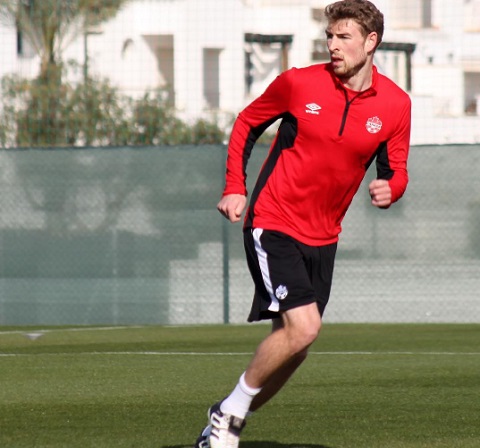 He primarily played as a central midfielder, but as mentioned earlier, David can also play as a right-sided or attacking midfielder. Furthermore, David is also known for his regular use of the "Spoony chop."

There are more than hundreds of questions about the Perth Midfielder, David's injury updates and fans are concerned about his health update. Recently, the St Johnstone star has escaped serious injury. Similarly, he was fortunate enough only to suffer severe bruising.

The famous sportsperson, Wotherspoon, is also popular online as he is actively available on social media platforms, including Twitter. Well, David is one of the active users of Twitter, where he shares his daily life update, including his personal and professional career. So, we can follow him under the username @spoony_10. David has earned more than 8k followers on the platform and has shared above 100 posts. Likewise, David prefers communicating with his fans online. However, he mostly shares football-related content on the platform.

Wotherspoon is a handsome hunk, and well fit player. Moreover, he stands at 5 feet 11 inches and knows to utilize his height in the pitch. Likewise, he weighs 76 kg which is 170 lbs.