David Villa is one of the most famous Spanish football striker. In his entire football career, he has played for many popular clubs like Valencia, Villareal, Barcelona, and Athletico Madrid. Currently, he is associated with American soccer team New York City FC.

Recently, he reached the milestone of 400 goals in his entire soccer career. He is high profile striker who has huge net worth and salary. As of 2016, he has a salary of  5.61 million USD.

At the age of 4, he suffered a severe right leg femur fracture. The injury he had was threatening for his football career but he worked really hard and recovered from the injury. At his young age of 4, Villa came to the conclusion that he won’t be able to play again but with the encouragement of his parents, he gradually made a positive progress from his injury.

David Villa's father was fond of football and was David's first coach. Later, David Villa joined sports school Mareo where he started his journey of becoming world's most known striker in the world’s most popular sports “Football”.

David Villa is one of the best strikers of his generation and was associated with different big soccer clubs like Barcelona, Valencia, Villareal, Athletico Madrid.

David Villa spent his most of his playing career in a Spanish league called “La Liga” but he started his professional career with Sporting De Gijon club Portugal.

Later after two years, he moved to club Real Zaragoza where he eventually made a La Liga debut, Winning Copa del Rey and Supercopa de Espana.

He won his first La Liga and UEFA Champions League title with the club Barcelona and moved to Atletico Madrid in 2013, winning his second La Liga title. 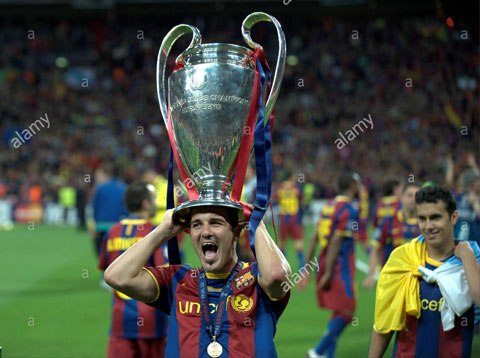 He then moved to MLS franchise New York City, where he is club record goal scorer. David Villa was an integral part of Spanish national team, winning UEFA Euro 2008 and the FIFA World cup 2010. 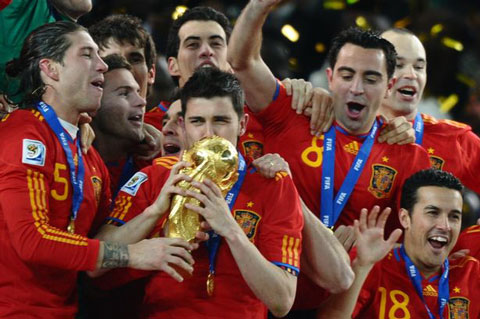 David is the first Spanish player to ever to reach the tally of 50 goals. later, he resigned from international level after playing 2014 world cup.

David Villa is a professional footballer married to his childhood sweetheart Patricia González in 2003. He had affair with his spouse since his early childhood. Moreover, she had also been a footballer in her teenage years. 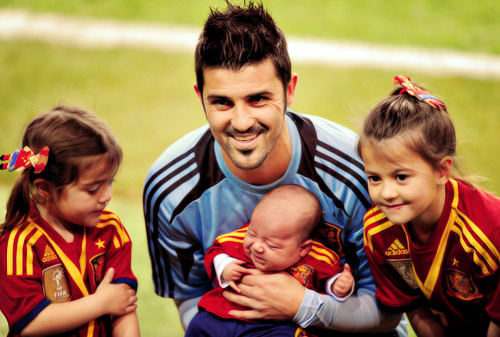 The couples have three children named Zaida, Olaya and Luca respectively.  Villa frequently involves in charity events and currently, he is active with the campaigns of UNICEF charity. Fellow Asturians  Luis Enrique and Quini is his footballing idol and he played together with them  in Sporting de Gijón and Barcelona

David Villa net worth and salary

David Villa has an estimated net worth of around $50 million and his annual salary is $7 million. Most of his earning are from his profession as a footballer. As of 2018, David Villa is one of the top-10 highest-paid players in MLS.  Being specific, he stands in 5th position in the list of top ten players having a base salary of $5,610,000.00.