David Stern was the former commissioner of the National Basketball Association (NBA) who started as an outside counsel, joined the NBA in 1978 as General Counsel and later became the league's Executive Vice President. He became Commissioner in 1984 and is often credited for increasing the popularity of the NBA.

David Joel Stern had an estimated net worth of over $135 million dollars before his death. He had an average salary of $20 million dollars annually when he served as the commissioner of the NBA.

The former NBA Commissioner was in charge for 30 years since 1984 during which the NBA was receiving $22 million a year for the broadcast rights while the teams earn upto $930 million from the TV rights now. In 1984, the 23 teams were worth $400 million collectively while that increased to $12 billion in 2014.

Kept aside David Joel Stern's financial earnings, his personal assets included a Home in Scarsdale, New York. The property is valued at around $3.6 million.

David Stern married Dianne Bock in 1963. They were blessed with two sons named Eric and Andrew. Among his sons, Eric worked at CNN, and Andrew recently graduated from NYU Law School.

David revealed less about his family in front of the camera and has kept his personal life very secret. His family currently resides in Scarsdale, New York.

David Stern was at first hired as outside counsel at National Basketball Association in 1966. In 1978, David became the General Counsel and after two years, he promoted to Executive Vice President of the NBA. He served the Commissioner for four years and ultimately became the Commissioner of the NBA on 1st February 1984, succeeding Larry O'Brien. 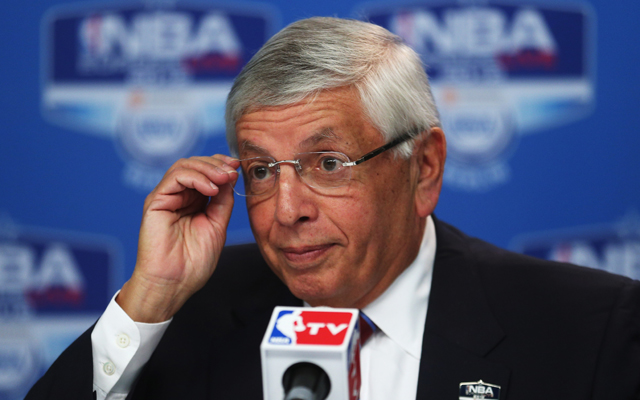 In that same year, basketball players Michael Jordan, Hakeem Olajuwon, Charles Barkley, and John Stockton entered the NBA. When Michael Jordon entered in NBA, it helped in a new era of commercial bounty for the NBA and brought in shoe deals from Nike. This helped the league to gain more national attention. Stern supervised the NBA to increase from 10 to 30 franchises, expand into Canada and televise games all over the world.

As of the present day, the NBA game is televised in 215 countries in 43 languages. Further, it has 11 offices outside the United States. It also operated the Women’s National Basketball Association (WNBA) and the National Basketball Development League under Stern’s watch. David Stern officially retired from the NBA in February 2014. After his retirement, David became a member of the FIBA Hall of Fame. 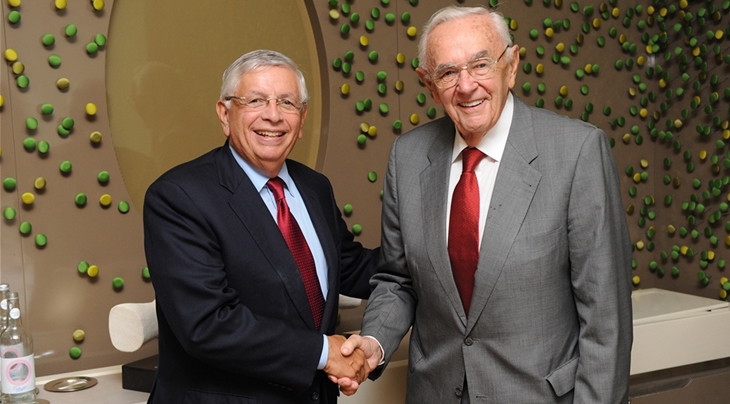 Stern passed away at the age of 99 on January 1, 2020, on Wednesday. He suffered a brain hemorrhage on December 12 while dining in a Manhattan restaurant and died after a couple of weeks.

"For 22 years, I had a courtside seat to watch David in action. He was a mentor and one of my dearest friends. We spent countless hours in the office, at arenas and on planes wherever the game would take us. Like every NBA legend, David had extraordinary talents, but with him it was always about the fundamentals – preparation, attention to detail, and hard work."