David Pollack is an American football linebacker who played in the NFL for two seasons with Cincinnati Bengals. Pollack took retirement from football after suffering a career-ending injury in the second match of the second season. He played college football for the University of Georgia where he was a three-time All-American, and also renowned as the top college defensive player in the nation.

David Pollack is married to his wife and has two children with her. He currently has an estimated net worth of $500,000 in 2022.

The former NFL linebacker has an estimated net worth of $500 thousand as of 2022. He only played three seasons in NFL and his total career earnings reportedly is $7.9 million.

Pollack owns a house in Monroe, Ohio (OH), US.

PollackHe also involved himself in the world of charity. He is donating his part of a salary to the Young Men’s Christian Association.

Pollack got married to Lindsey Pollack on May 21, 2005, but has shared very less information about his wife and married life. The couple dated for some years before getting married and has already been 16 years of togetherness. 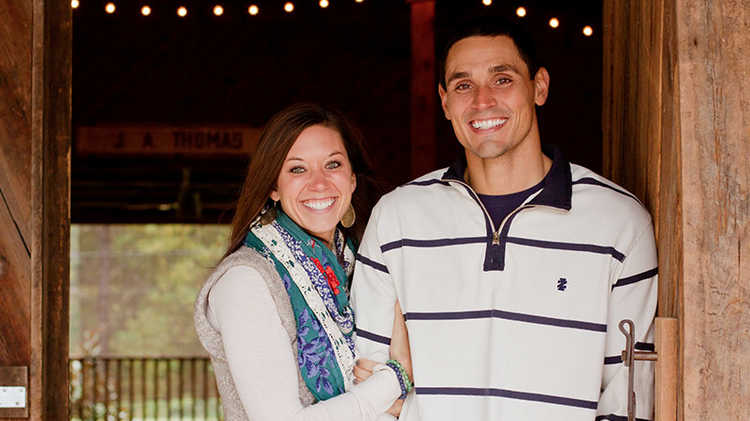 The couple is the parents of two children Nicholas (12yrs) and Leah (10yrs).

Pollack currently lives with his wife Lindsey and their kids, Nicholas and Leah in Athens.

He has an outstanding height of 6 feet and 2 inches. He is widely followed on social networking sites. One can easily fetch his information from Wiki.

David Pollack was born on June 19, 1984, in Snellville, Georgia, the United States. It is obvious he is an American and according to sources, we found he has a white ethnical background. His parents are Kelli Pollack and Norm Pollack. It seems he is a single child of his parents.

He was raised in New Brunswick, New Jersey, and went to Shiloh High School in Snellville, Georgia. From an early age, he showed a keen interest in sports. He excelled in football, basketball, and wrestling.

As a senior in football, he was a class 5A all-state selection and the Atlanta Touchdown Club named him Defensive Lineman of the Year. He attended the University of Georgia where he played under coach Mark Richt’s Georgia Bulldogs football team from 2001 to 2004.

David Pollack started his professional career with Cincinnati Bengals after being picked in the first round of the 2005 NFL Draft, but he suffered from a career-ending injury in the second game of his second season.

However, after his retirement, he started his career as a television host and works as a college football analyst for ESPNU. He was also part of ESPN's College GameDay. In 2012, he replaced Craig James and joined Rece Davis, Jesse Palmer, and Samantha Ponder on ESPN's Thursday Night Football.