David Bautista is a well-known actor, former professional wrestler, and MMA fighter from the United States. Starting his career as a WWE wrestler, he is currently indulged in Hollywood as an actor and has worked for several movies such as Guardian OF The Galaxy Vol. 1 and Vol 2.

He agreed to appear in WWE under the ring name Batista. Dave is a six-time World Champion and has managed to win the World Heavyweight Championship four times.

How Much Is Dave Bautista Net Worth In 2021? Know His Salary

As of 2021, Dave Bautista has an estimated net worth of $13 million. Active in the wrestling industry for almost two decades, he has earned a big chunk of money through the field. In his debut year, he earned $1 million as salary from the WWF SmackDown! Since then, he continued to earn no less than the seven-digit figure per annum as salary from his wrestling career until his retirement. 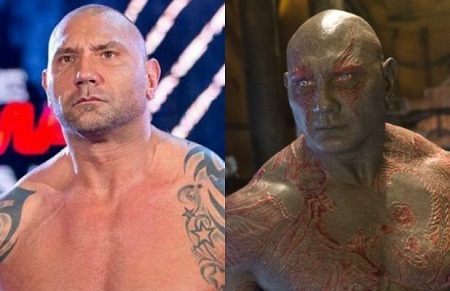 Apart from wrestling, he is active on the acting industry. Some of his earnings from movies are listed below the table:

Additionally, he has starred in Marvel's movies such as Avengers: Infinity War and Avengers: Endgame from which he has earned million as salary.

Furthermore, he owns a lavish mansion in Lutz, Florida (FL), US.

Personal life of Dave Bautista; Who is his Wife?

He was married to Glenda Bautista in 1990 but the pair separated after living together for eight years in 1998. He has two daughters from his first wife named Keilani (born in 1990) and Athena (born in 1992). 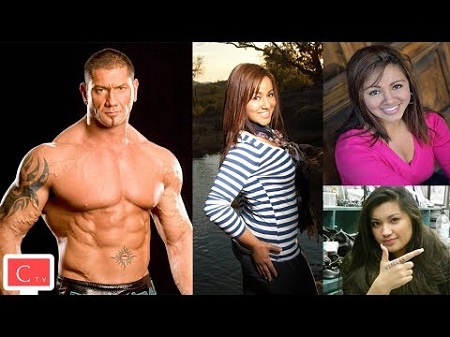 His second wife was Angie whom he married in 1998 after his divorce with his first wife but they separated after living for one short year. 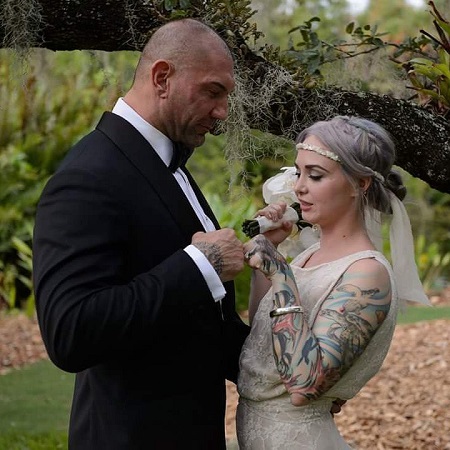 Bautista and his 3rd wife separated in 2019 SOURCE: Sportswallah

In 2015, he celebrates his marriage with an actress Sarah Jade. Before their wedding, they also appeared as a boyfriend and girlfriend. In early 2019, the duo divorced.

Dave was born on January 18, 1969, in Washington D.C, the United States to the David Michael Bautista and Donna Raye Bautista. He grew up with two sibling brothers: Donna Raye Bautista and Michael Bautista. Bautista is of American nationality and his ethnicity is white. Born with the star sign Capricorn Bautista is one of the greatest wrestlers for WWE promotions and is gathering quite a lot of success with action movies too.

He started his professional career with World Wrestling Federation/Entertainment/WWE. He made his debut in Ohio Valley Wrestling under the ring name Leviathan. With an attractive physique, he soon caught the eyes of WWE promotion and penned a contract with the WWE entertainment.

He managed to win the World Tag Team Championship, once teaming with John Cena. He has also shown his excellence in the mixed martial arts.

On August 2012, he agreed to a contract with the Classic Entertainment & Sports to compete in the MMA. Dave Bautista managed to win his MMA debut on October 6, 2012, by defeating Vince Lucero.

On October 16, 2018, Batista returned to WWE, reuniting with the rest of Evolution for an appearance on SmackDown's 1000th episode, where Batista teased a match with Triple H. Further, he returned to RAW where he attacked Ric Flair backstage.

On 8th April, he announced his retirement from professional wrestling.

Dave has appeared in several Hollywood blockbusters such as Spectre (A James Bond Movie), Riddick, Man with Iron Fists, Guardians of the Galaxy and many more. Further, Dave Bautista also made his appearances in commercial advertising. He has been super busy in 2018 and has appeared in power-packed action movies like Avengers: Infinity War as Drax the Destroyer, and in Escape Plan 2: Hades as Trent DeRosa.

He is passionate about tattoos. He has numerous tattoos on his body. He has a height of 6 feet and 6 inches. His body weight is 279lb and he is popular on Instagram and Twitter.