Davante Adams is a professional American football wide receiver who plays for the Las Vegas Raiders of the National Football League (NFL). Playing as a wide receiver, Adams wears jersey number 17 on his team.

Furthermore, Adams' professional career started after getting drafted by the Green Bay Packers, and since March 18, 2022, he has been playing for the Las Vegas Raiders. Likewise, Adams is one of the most successful athletes, and he has preserved a massive fortune.

How Rich Is Davante Adams? His Net Worth Revealed

According to Celebrity Net Worth, Devante Adams is estimated to have a considerable net worth of around $25 million. All of Adams' income came from his professional career in this sport. Being a part of some teams in the past, Adams has taken home decent cash.

Some online sources report that Adams had a deal of $58 million with Green Bay. When he came to the Raiders, Adams received a massive deal of $141.25 million, making him the highest-paid wide receiver in the NFL. 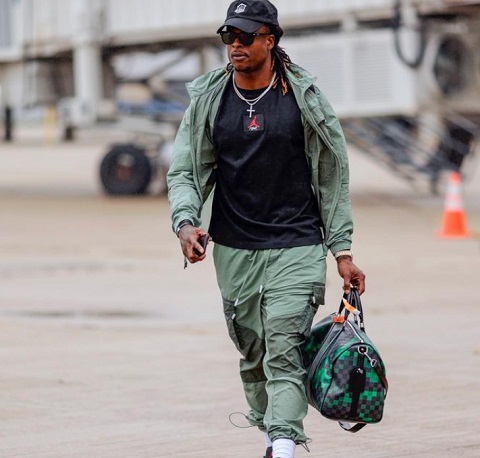 Having an impressive bank balance, Adams surely lives a lavish life, and the wide receiver flaunts his life via his Instagram handle, where we can find him as @taeadams.

Married Life: Adams Has Two Children With His Wife

Talking about his love life, Adams is already married, and he lives a happy life with his stunning wife, Devanne Villarreal. The loving duo met each other at the University of Fresno. After knowing each other for some years, the pair began dating and has been together since then.

And in 2017, Adams proposed to Villarreal in the Bahamas. Also, Villarreal posted a series of photos of Adams proposing on Instagram. After getting engaged, Adams and Villarreal married in 2018 at Pebble Beach in Monterey County, California. 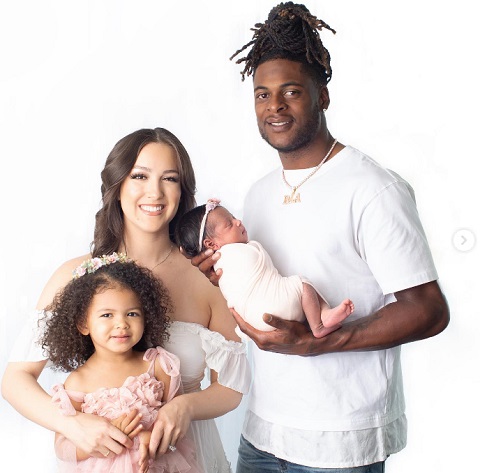 Apart from being a husband and a wife, they are already parents, and the pair shares two children together. Their first child, Daija Leigh, was born in September 2019. Likewise, the couple welcomed their kid, Dezi Lynn, in April 2022.

The California native went to Palo Alto and later committed to play college football at Fresno State. From 2011 to 2013, Adams played on the Fresno State Bulldogs football team. After the 2012-13 season with them, Adams announced on December 27, 2013, that he would refrain from his final two college seasons and enter the 2014 NFL Draft.

So, the Green Bay Packers drafted him in the second round with the 53rd overall pick in the 2014 NFL Draft. He signed a professional deal with the team on June 12, 2014. He gave an amazing performance for the team and played with them until 2021. Davante Lavell Adams was born on December 24, 1992, in Redwood City, California. His parents, Pamela Brown and Douglas Adams raised him along with his brother and two sisters. Moreover, Adams is a family guy who lives a low-profile life with them.

More to this, Adams holds an American nationality and stands at the height of 6 feet 1 inch, which is 1.85 m.