A British mixed martial artist Darren Stewart currently competes in the Middleweight division of the Ultimate Fighting Championship. He made his professional MMA debut in 2013 and also fought at Cage Warriors previously. He is also popular by his Octagon name The Dentist. Darren holds a Black belt in Taekwondo and a Purple belt in Brazilian Jiu-Jitsu.

Darren has an MMA record of 11-5-1 while his UFC record is 4-3-1. He is scheduled to fight Maki Pitolo on 8 August 2020 at UFC Fight Night 174. Scroll down to know his UFC career, earnings, family, relationship, and more.

The UFC middleweight fighter has earned around $419,400 from his UFC career besides he has also fought at Cage Warriors where he made good earnings. His net worth as of 2020 is estimated to be about $200,000. He is making quite good money in recent years. His UFC earnings until 2017 was just $132,000.

moreover, Stewart also adds some more money to his account from endorsement and sponsorship deals.

Darren Stewart has not married but is already engaged to his girlfriend turned fiance, Katherine, an Ecuadorian. There is no details about their relationship but they have been together for a very long time. The couple has two children; both sons named Marlon and Tyler. 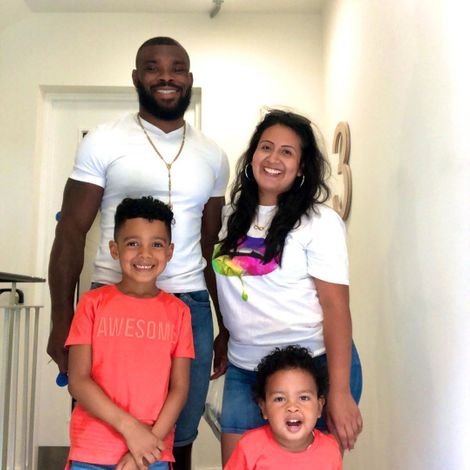 He currently lives in Barking with his wife and two sons.

Darren was born as Darren Springer-Stewart on 30 December 1990 and is 29 years old currently. He was born in Poplar, London, East London, England, and holds a British nationality. He was born to Jamaican father while his mother is originally from St Vincent.