Danylo Sikan is a professional football player from Ukraine who currently plays in the German third division league, 3. Liga. He plays in the forward position for Hansa Rostock where he joined on loan in 2022. His parent club is the Ukrainian club Shakhtar Donetsk. He wears the Number 26 Jersey for his team.

During his time at Shakhtar Donetsk, he won the Ukrainian Super  Cup in 2021. He has also represented Ukraine in international tournaments. In 2019, he won the FIFA Under 20 World Cup. Individually, he won the Silver Boot in the same competition.

Danylo Yaroslavovych Sikan, famously known as Danylo Sikan was born on April 16, 2001, in Zhytomyr, Ukraine. According to astrology, his birth sign is Aries. 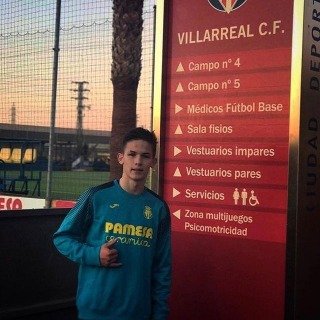 His father's name and mother's name are still not revealed. He has never talked about his parent's details in the public too. Also, the same goes for his siblings too.

He started his career with the local team named Polissya Zhytomyr where he played until 2014. Then he moves to the youth team of Karpaty Lviv at the age of 13.

Finally, in 2018, he got promoted to the senior team of Karpaty. He was bought by Shakhtar Donetsk in 2019 where he is officially associated.

Since then, he has been transferred to other clubs like Mariupol and Hansa Rostock where he is currently playing now.

His weight is around 71 kg and has short black hair.

As per sources, the net worth of D Sikan is estimated to be $700,000 approximately. Most of the earnings come from his profession of playing football. 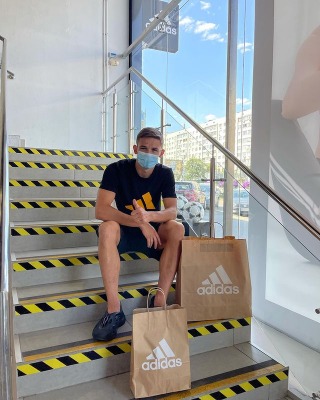 His net worth includes his properties, cars, houses, and assets. He lives a moderate lifestyle with his partner in Germany.

He has also been sponsored by brands like Adidas. He frequently shares and promotes them on his Insta.

Who is D Sikan dating?

Donetsk's forward Sanylo Sikan is currently in a relationship with a girl whose identity is still not revealed. The couple has been together for more than 3 years.

It is not sure when and where they started dating but he announced his relationship for the first time on August 2, 2019. In the photo, the pair were seen enjoying their moments in their arms. 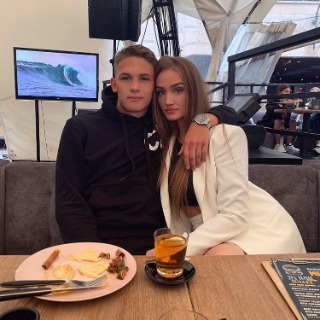 Since then, he has frequently shared photos with each other. As of now, Sikan has not married and engaged too.

Read: Ethan Horvath's Dating Life; Who is his Girlfriend?

Danylo is active on Instagram with the username @danilsikan where he has more than 17,300 followers.