Daniil Fomin is a professional football player from Russia who currently plays in the Russian top league, the Russian Premier League. He plays in the defensive midfielder position for Dynamo Moscow where he joined in 2020. He wears the Number 74 Jersey for his team.

Before joining Dynamo, he was in the team Ufa and Krasnord before that. He has also represented Russia in different tournaments. He was also in the Russian national team to play UEFA Euro 2020. But he did not appear in any games. He made his debut match for Russia in the Nations League. It was on October 11, 2020, and against Turkey.

Daniil Dmitriyevich Fomin, also known as Daniil Fomin was born on March 2, 1997, in Tikhoretsk, Russia. According to astrology, his birth sign is Pisces.

He has not revealed information about his family background. His father's name and mother's name are still under the radar. So, does his brothers and sisters' information. 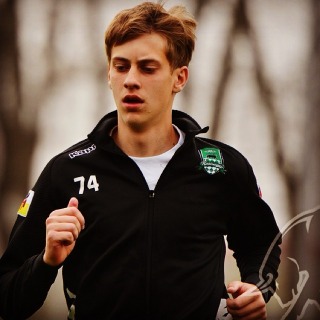 He was very much talented from his childhood and did not delay joining the local academy of Russia named Altair Tikhoretsk. At that time, he was just 6. After playing for 6 seasons he went to Krasnodar. They promoted him in their second tea in 2014 and finally in their senior team in 2016.

He transferred to Dynamo Moscow from Ufa in 2020.

What is the height and weight of Fomin?

His weight is around 79 kg and has short white brown hair.

The net worth of Daniil? How much does he earn at Dynamo?

As per sources, the net worth of a Russian young defensive midfielder is more than $3 million. His net worth includes all his properties, cars, houses, monetary worths, and all luxuries.

At just 24 years old, he has been earning a massive salary from his playing career. As per Salary Sport, the yearly salary of Daniil is £988,000 per year. It means he earns £19,000 per week. 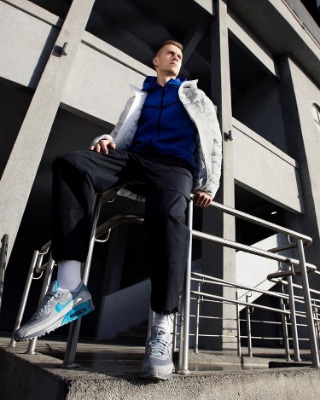 He is one of the highest salaried Dynamo's players. The highest-earning player in the club is Fabian Balbuena who earns £1,404,000 per year. The second and third salaried players are Anton Shunin and Diego Laxalt who earn £1,352,000 and £1,092,000 respectively.

Is Daniil dating anyone?

As of 2022, Dynamo's defensive midfielder is currently not in a relationship with anyone. He has not been previously married or engaged. 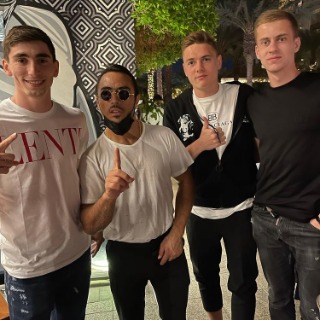 Read: Who is Kolo Toure married to? Who is his wife?

He is a close person who does not like to share his relationship status in the public. And he has never shared any photos with any girls on his social media too.

Daniil Fomin is an active Insta user where he shares photos related to his games, training, and his lifestyle.