Daniel Theis is a German professional basketball player who plays in the National Basketball Association (NBA) for the Boston Celtics as their Power forward/Center. Before NBA, he played for Germany teams SG Braunschweig (2009–2012), Phantoms Braunschweig (2010–2012), Ratiopharm Ulm (2012–2014), and Brose Bamberg (2014–2017).

Born on April 4, 1992, Daniel Theis went undrafted in the 2013 NBA draft. Besides, he also represented his national side Germany national basketball team in both junior and senior level. He played at the EuroBasket 2015 qualification tournament.

Daniel Theis's Contract, Career Earnings, Salary, & Net Worth As Of 2020

Talking about his career earning, Theis has summoned $7,193,857 through three seasons in NBA.  Besides, Daniel had played for many clubs in Germany and must have earned a good amount of money from them.

He is living a happy married life with his wife, Lena and they have a daughter named Laila Theis and a son, born in November 2019. Currently, Daniel is settled in the United States with his family and has adapted the American Lifestyle. 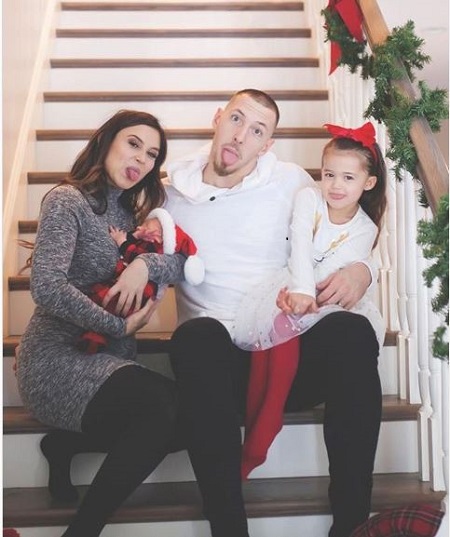 Theis with his spouse and children SOURCE: Instagram @dtheis10, shared on DECEMBER 26, 2019

Daniel is not only a world-class athlete but also a very attractive individual and has many followers in his social media. The Famous NBA star Theis is 6 feet 8 inches in height and weighs around 110kg. He has Tattoos in his right arm and on the inside of his biceps of the left arm.

Salzgitter, Germany native, Daniel Theis, wanted to be a soccer player during his childhood but his father and brother inspired him to play basketball.

He grew up along with his Elder brother Frank Theis. His elder brother was also a basketball player but he had to quit his basketball career after suffering a knee injury. Currently Frank is working as a middle school teacher in Germany.

Daniel Theis debuted in German league in 2010–11 season for Bundesliga. During the 2013 - 14 season, Theis won the BBL Best Young Player Award with Ratiopharm Ulm. After his break-out with Ulm, Theis signed with the German Bundesliga club Brose Bamberg. 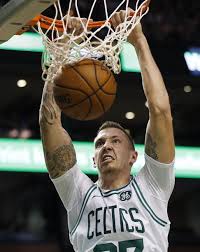 Daniel won his first German League championship with Brose Baskets during the 2014 - 15 season. In the German League Finals, Brose beat FC Bayern Munich 3–2. Later on, he signed a new two-year agreement with the Bamberg team in April 2015 and won two more German Championships with Bamberg in 2016 and 2017.

Daniel signed a contract with Boston Celtics on July 20, 2017, and made his NBA debut against Milwaukee Bucks on October 18. In the meantime, Daniel suffered a torn meniscus in his left knee on 12 March 2018 and missed the remainder of the 2017–18 season after Theis had surgery to repair his left knee lateral meniscus.

Daniel was found to have a slight tear in his right foot of the plantar fascia on October 29, 2018, and will be out indefinitely.