Dana Carl Holgorsen is an American football coach who is currently serving as the head football coach at the University of Houston. Earlier, he was the head coach of West Virginia University (2011-2018). During his coaching career, he has worked under big names such as Mike Gundy, Kevin Sumlin, Hal Mumme, and Mike Leach.

Davenport, Iowa native, Dana Holgorsen was born on 21st June 1971, under the star sign Gemini. The fifty- years holds an American nationality and is of white ethnic background. He is a 1989 graduate of Mount Pleasant Community High School. Further, he joined Iowa Wesleyan College where he played wide receiver and also earned a degree in 1993. In 1995, he had his master's in health and physical education from Valdosta State University.

How Much Is Dana Holgorsen's Net Worth In 2021? Contract & Salary

In 2012, he signed a new six-year contract with West Virginia. The deal gave him $2.3 million in the first year of the pact, with raises bringing his salary to $2.9 million at the end of the contract. Also, he was eligible for up to $600,000 in bonuses each year.

Basically, the Houston head coach receives a $300,000 base salary and $3.7 million in non-salary compensation.

As of 2021, Holgorsen's net worth is approximately $7 million.

Dana Holgorsen was married to Candice Holgorsen. The two divorced in 2005. Further, he is the father of three children: McClayne, Logan, and Karlyn. 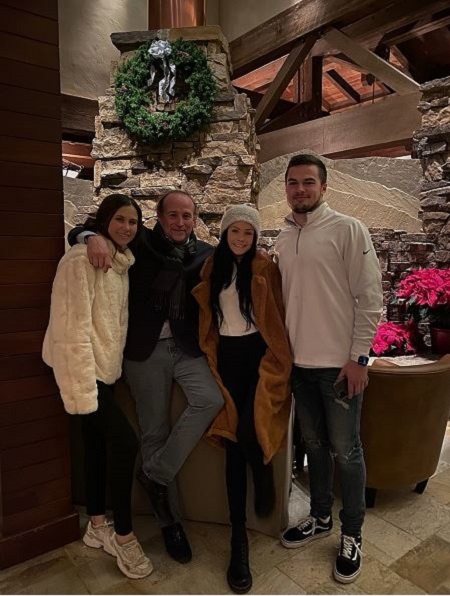 It is unknown if Dana remarried or is in a relationship. He has kept his personal life out of media.

In 2014, he built a house in Morgantown which is the first luxury residence in the U.S. to be built completely of cross-laminated timber.

On 22nd December 2010, Holgorsen joined West Virginia as offensive coordinator. By 10th June 2011, he was named the head coach of West Virginia.

On 1st January 2019, Holgorsen resigned from his West Virginia to become the head coach at the University of Houston.