Bridgeport, Connecticut native Dan Orlovsky was born on August 18, 1983, under the star sign. The thirty-eight years old is an American by nationality who is of white ethnic background. Regarding his physique, he stands 6 ft 5 (1.96 m) tall and weighs 215 lb (98 kg). 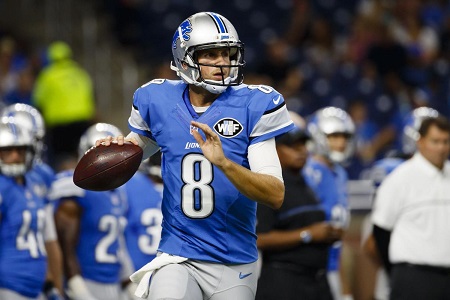 Dan Orlovsky is a married man. He is tied in a marital knot with his long-time girlfriend, Tiffany Orlovsky, in 2009. Dan always used to send flowers to Tiffany's office, but on Thanksgiving week, the quarterback sent them with a sweet note explaining why he was thankful for her. 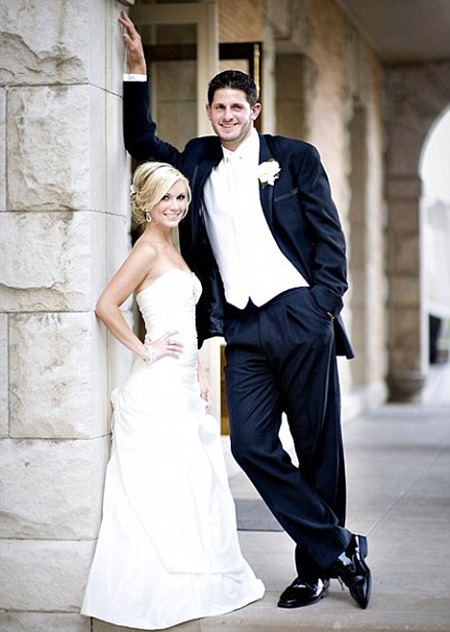 On Thanksgiving day, Tiffany's family gathered at her aunt and uncle's house. There her family stalled Tiffany and got her to stay, and after some time, she was surprised to see Dan. Dan said he had one more thing to give her this week, like a romantic hero. He got down on one knee in front of his whole family and proposed to her for marriage.

The couple is the parents of 4 children: Madden, Noah, and Hunter, and a daughter, Lennon. Madden and Hunter are identical twins born in 2011, along with Noah, who is fraternal. Lennon was born in 2015 and is six years old.

Dan's father, Orlovsky Sr. and mother, divorced when Dan, the youngest of their three children, was only one year old. His dad owns custody of the children. Though his mother was given visitation rights, Dan stated that he has not seen or spoken to her since he was 8.

He enrolled at Shelton High School, where he was the starting quarterback in his sophomore year. During his senior year, he threw 2,489 yards and 58 touchdowns as the Gaels went 12–0, winning the state championship. Per his commitment, he played for the UConn Huskies football team representing the University of Connecticut.

At the 2005 NFL draft, Dan was picked in the 5th round with a 145th pick. On October 12, 2008, he made his first career NFL start in a 12–10 Lions loss against the Minnesota Vikings. Also, he started the final game of the 2008 season but could not lead his team to their first victory.

On July 30, 2011, Dan signed with the Indianapolis Colts as a free agent. On December 18, 2011, Orlovsky and the Colts won their first game of the season (after starting 0–13) against the Titans.

On March 15, 2012, the Tampa Bay Buccaneers signed Orlovsky. The following year on April 4, Orlovsky was cut by the Buccaneers but was re-signed with the Buccaneers. On April 2, 2014, he signed to Detroit Lions as a backup quarterback to Matthew Stafford. On July 20, 2017, Dan signed with the Los Angeles Rams. On September 2, 2017, he was released by the team. On October 11, 2017, Dan announced his retirement.