Dalton Prout is a Canadian professional Ice-hockey player who plays in the National Hockey League (NHL). As of 2019, Dalton Prout currently plays for the Calgary Flames as their Defence. Dalton Prout has played for other teams like Columbus Blue Jackets and New Jersey Devils.

As a Defence, Dalton Prout reportedly earns around $800,000 as his yearly salary from Calgary Flames. Further, Dalton Prout has an estimated net worth of over $3 million. Further, he is rumored to be in a relationship with his girlfriend named Courtney Tucker.

Dalton Prout Net Worth And Salary

Further, the NHL player has an average salary of $800,000 annually while Johnny Gaudreau is among the highest earner of the tea, with an annual salary of $6,750,000. Dalton Prout so far has made earnings of $6,294,117 from his entire NHL career.

Unlike his professional career, it was tough work to find out about his marital status. Reportedly, he is yet to be married but, he is rumored to be in a relationship with his beautiful girlfriend, Courtney Tucker. However, there aren't any concrete source to claim the information with a guarantee. 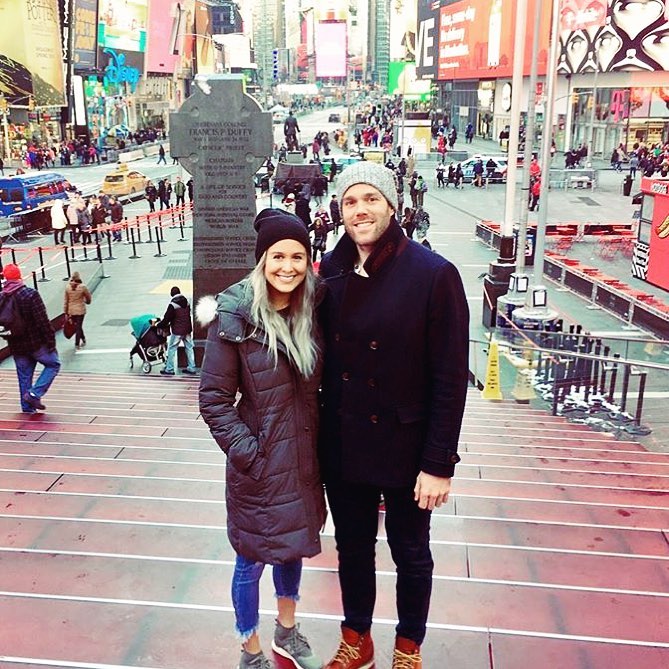 Further, the duo has been spotted spending their free time and clicking pictures together. So with the reference, we cannot deny that they are having affair in recent time. However, Dalton hasn't revealed any evidence about his relationship status is his social media accounts.

Dalton Prout was born on March 13, 1990, in Kingsville, Ontario, Canada. Moreover, the details about his parents and siblings are not available in the media yet. As per his nationality, he is Canadian and belongs to the white ethnic group. Further, his star sign is Pisces.

In the 2010 NHL Entry Draft, Dalton was selected 154th overall by the Columbus Blue Jackets. On July 1, 2011, Prout signed a three-year entry-level contract with the Blue Jackets. Further,  Prout made his debut in the NHL on 30 March 2012 against the Florida Panthers.

Prout's tenure in Columbus ended in the 2016-17 season in his sixth season as he was handed over to the New Jersey Devils by the Blue Jackets on March 1, 201,7 in exchange for Kyle Quincey. On December 30 the Devils traded Prout to the Calgary Flames in exchange for Eddie Lack.

Currently, he is playing along with his star team-mates such as Noah Hanifin, Travis Hamonic and many more.