Travis Hamonic is a Canadian professional Ice-hockey player who plays in the National Hockey League  (NHL). As of 2019, Travis Hamonic currently plays for the Calgary Flames as their Defense. Previously,  Travis Hamonic played for New York Islanders.

As a Defense, Travis Hamonic reportedly earns around $3,857,143 as his yearly salary from Calgary Flames. Further, Travis Hamonic has an estimated net worth of over $12 million. Additionally, he is happily married to his wife Stephanie Hamonic and shares 1 daughter with her.

Travis Hamonic was born on August 16, 1990, in St. Malo, Manitoba, Canada to parents Gerald Hamonic and Lisa Hamonic. When he was five years old, his father Gerald died from a heart attack. As per his nationality, he is Canadian and belongs to the White ethnic group. Further, his star sign is Leo.

He grew up at Manitoba's Hamonic Farms. He played major junior hockey in the Western Hockey League with the Moose Jaw Warriors in 2007.

Travis Hamonic Net Worth And Salary

As of 2019, Travis Hamonic has an estimated net worth of over $12 million which is quite similar to Patrick Kane's net worth. He reportedly signed a  contract with Calgary Flames in 2017.

Further, the NHL player has an average salary of $4,875,000 annually whereas Johnny Gaudreau is among the highest earners of the team with an annual salary of $6,750,000. Travis Hamonic so far has made earnings of $24,474,695 from his entire NHL career.

Enlisted below is his career contracts, and earnings, including bonuses and incentives:

Exploring his marital status, Travis Hamonic is a married man and is happily married to his wife Stephanie Hamonic. However, detailed information about when and where did the couple got married is not available in the media yet. 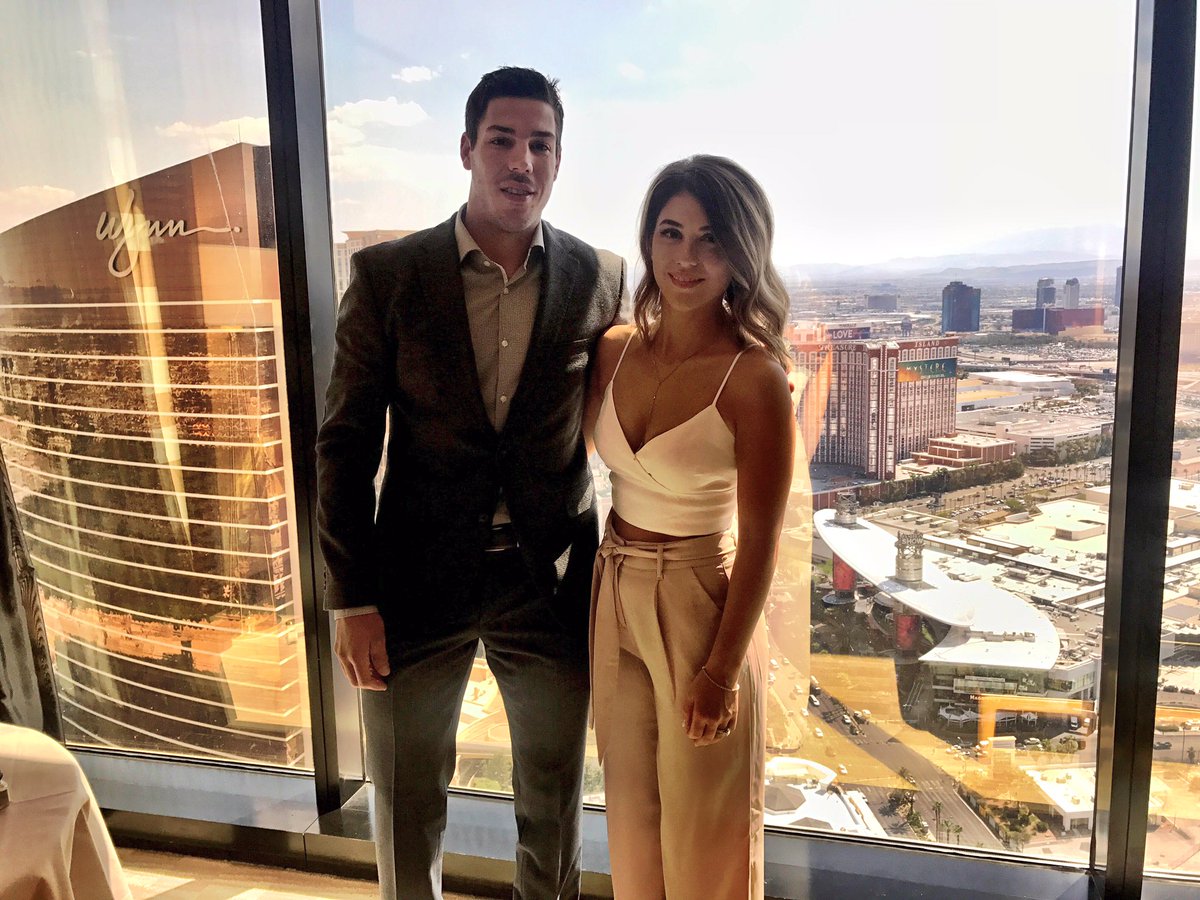 In one of his interview, he said

"The wedding was great. Speaking for both Steph and me, I think the wedding was everything we had imagined it would be. It’s the most special day of your life, and it certainly was for us. It was a great time."

Additionally, he added that his wedding was attended by many of his team-mates and believes that every one of them had a great time, attending his wedding ceremony. Further, in the interview, he revealed that he and his wife went to Hawaii for their honeymoon.

Congrats to Travis and Stephanie Hamonic on the birth of their daughter Charlie!

In addition, the couple is a parent of a single daughter named, Charlie. Their daughter, Charlie was born on May 4th, 2018. Additionally, Travis seems to be a family guy as he hasn't been involved in additional affairs or relationship till date.

The New York Islanders selected him in the 2008 NHL Entry Draft's second round, 53rd overall. Hamonic made his NHL debut, putting a strong performance for New York, which ultimately lost overtime against the Columbus Blue Jackets.

He later scored his first NHL goal on February 1, 2011, against Atlanta Thrashers' Ondrej Pavelec, and in 62 games he finished the season with an impressive five-goals and total of 26 points. Later, Travis Hamonic was traded from the New York Islanders to the Calgary Flames on June 24, 2017.

Currently, he is playing along with his star team-mates such as David Rittich, Oliver Kylington and many more.