Noah Hanifin is an American professional Ice-hockey player who plays in the National Hockey League (NHL). As of 2019, Noah Hanifin currently plays for the Calgary Flames as their Defense. Previously, he played for Carolina Hurricanes. Additionally, Hanifin has represented the United States internationally at both junior and senior level.

As a Defense, Noah Hanifin reportedly earns around $4,950,000 as his yearly salary from Calgary Flames. Further, Noah Hanifin has an estimated net worth of over $3.5 million. Additionally, he is enjoying a romantic relationship with his girlfriend, Monique Fischer.

Noah Hanifin Net Worth and Salary

Further, the NHL player has an average salary of $4,950,000 annually whereas Johnny Gaudreau is among the highest earners of the team with an annual salary of $6,750,000. Noah Hanifin so far has made earnings of $7,725,000 from his entire NHL career.

As per his marital status, Noah is unmarried but reportedly, he is in a romantic relationship with his girlfriend, Monique Fischer. 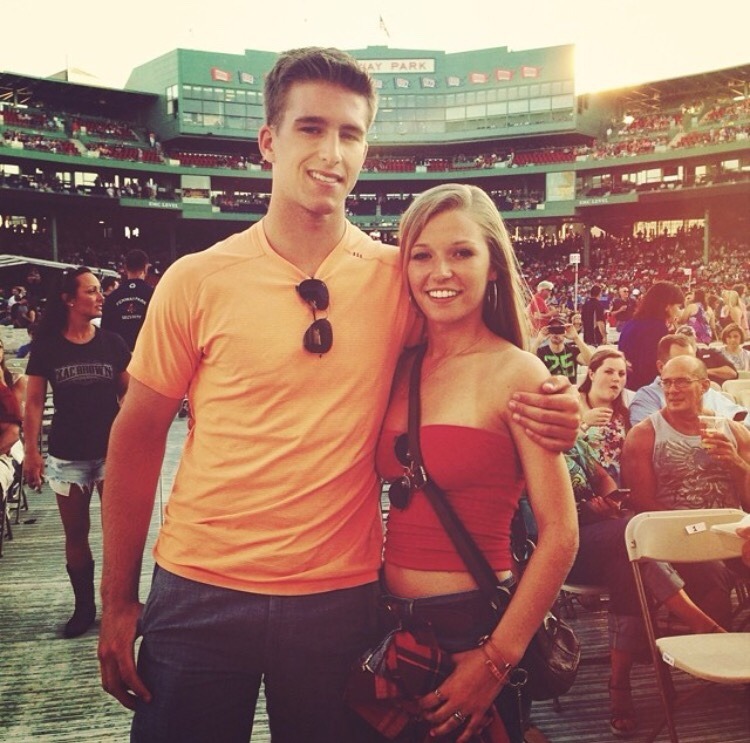 Further, exploring his Instagram account, he hasn't posted a picture of his girlfriend which suggests that he is trying his best to keep his relationship status low profiled.

Noah Hanifin was born on January 25, 1997, in Boston, Massachusetts, the U.S. to parents Bob Hanifin and Tina Hanifin. As per his nationality, he is American and belongs to the White ethnic group. Further, his star sign is Aquarius.

Hanifin has two siblings named, Cole and Lily. When Hanifin was 13 years old, his father was diagnosed with colon and kidney cancer.

Whose car we takin'? #dosocho #tbt

Noah Hanifin attended Saint Sebastian's School where he played for their varsity team.

Hanifin enrolled at Boston College as a 17-year-old after fast-tracking his high school graduation, playing for the Eagles and becoming the second youngest player in the team's history.

The Carolina Hurricanes selected Hanifin fifth overall in the 2015 NHL Entry Draft. Hanifin signed an entry-level three-year contract with the Hurricanes on July 11, 2015.

He made his NHL debut against Nashville Predators on October 8, 2015. Later on November 16, 2015, Hanifin scored his first NHL goal against the Anaheim Ducks' Anton Khudobin.

On 23 June 2018, Hanifin was traded in exchange for Dougie Hamilton, Micheal Ferland and prospect Adam Fox to the Calgary Flames (along with teammate Elias Lindholm).

Currently, he is playing along with his star team-mates such as Andrew Mangiapane, Mikael Backlund and many more.