Dakota Prukop is a renowned professioanl North American football player. He serves as a quarterback for the Canadian Football League(CFL) team Winnipeg Blue Bombers. The American international initially represented Montana State and later played for POreon University during his college career. As of today, Dakota made a presence in several football teams such as Toronto Argonauts, Calgary Stampeders, Edmonton Elks and Winnipeg Blue Bombers.

Dakota Prukop, a quarterback for the Winnipeg Blue Bombers, kicked off his football journey in 2017 with Toronto Argonauts. He is one of the most popular Americans to complete in the Canadian Football League. Shortly after his career, he tried for the NFL, but he went undrafted in the 2107 NFL Draft and switched to the CFL afterward.

Former Edmonton Elks quarterback Dakota Prukop's was born in the unincorporated community in Newport, California, on 17 October 1993. Talking about his age Prukop is just 28 years old as of 2022. As per the astrologers, Dakota was born with the sun sign Libra. The quarterback puts on no.12 in his jersey for the Bombers. The former Toronto Quater back is American by nationality and held American citizenship. His roster status is active, and his CFL status is in America. Apart from football, he is also very passionate about traveling and adventures. He often travels on adventures journeys whenever free and out of his work.

Dakota, a Blue Bombers jersey no.12, is a muscular-built white man with a good height of 6 ft 1 inch or 1.85 m. He regularly hits the gym to maintain his physique. He has a well-maintained healthy, and athletic body structure. The athlete weighs over 94 kg or 208lb. Further details, he is a white racial individual with fair skin complexion and brown eyes. He was born and grew up in a white neighborhood.

Dakota Prukop, the California-born quarterback, was born into a football family background. He is born to his caring father, Tim Prukop, and mother, Lisa Prukop. His father is also on the football line, currently pursuing his career as a coach. Both of his parents are of American descent and have American citizenship. His parents are his staunchest backers. 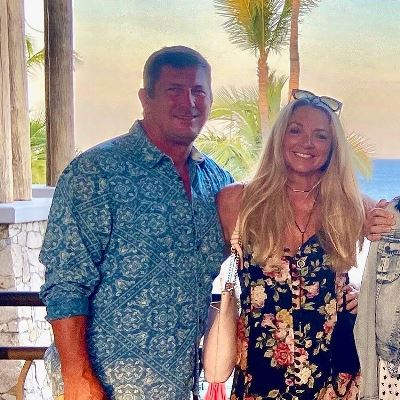 His father, Tim had a great mark on his son's football career. They were always very aware of their son's interest, Love and passion for football, so they never forced him against his interest. He followed his father's prints, and now he is one of the best CFL quarterbacks. Mr.and Mrs. Prokup almost makes a physical presence in their son's match to boost his confidence and cheer him up. His parents are Christian; believe in and practice the Christian religion. 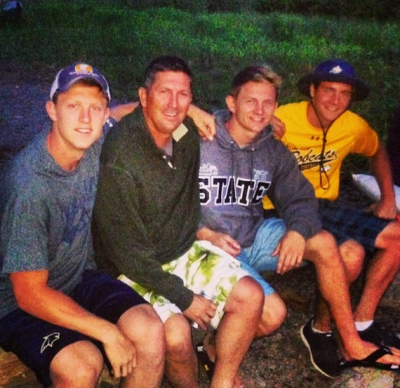 Dakota is very supportive and protective of her. He also quite often shares his siblings' photos on various social media.

His father is a football coach, too, and he involved his sons, Dakota and Tristain, in football from an early age only.

The 2017 Grey Champion, Dakota Prukop, spent most of his childhood in Newport, California. after his primary level, the American international attended Austin High School for high-level studies.

Before moving to Oregon University, the Winnipeg Blue Bomber's star player played his college football for Montana State from 2043 to 2015. On 5 Jan 2016, he joined the Oregon football team and later became a vital player on the team as well. He was very well known among the girls at Oregon University.

During his time at Oregon, he played his college career, and at the same time, he was trying for the BFL . he was eligible for the 2017 NFL draft but remained undrafted. Shortly after that, Dakota, the former Edmonton Elks quarterback, decided to switch to foreign football side, i.e., Canadian Football, in 2017. First-Team FCS All-American members Dakota began his professional career with Toronto Argonauts, signing a two-year contract on 23 May 2017. 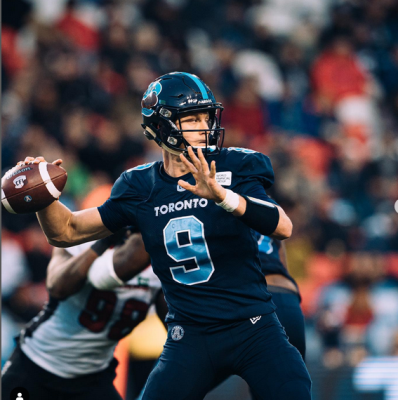 He played in nine matches as a third-string quarterback; With the Argonauts, he also won a 2017 Grey Championship. He got his release on 7 February 2020 from Toronto. After that, he joined Calgary Stampers on 11 February 2020 and Edmonton  Elks on 30 July 2021. His football stats were quite good for those teams. During his tenure at Edmonton, he appeared in eight regular seasons with stats of 18 0f 26 pass attempts for 183 yards with one touchdown and two interceptions.

On 15 Feb 2022, the 6 ft 1 inch 94 kg veteran footballer signed a year contract with the Winnipeg Blue Bombers. Dakota has 36 passing completion, 56 passing attempts, and 467 yards in his whole CFL career. Greg Ellingson, Jackson Jeffcoat, and Deatrick Nichols are some of his famous teammates from Winnipeg Blue Bombers.

The net worth of Dakota Prukop in 2022

Dakota, the 28-year-old quarterback, seems to be earning handsome banknotes from his football career. Currently, he resides in a healthy and outlandish Life with his family. He is one of the well-paid athletes in the CFL. However, he didn't make money playing for the College. Presently, from the Bombers, he nets the annual pay of $2,35,000 playing from the team.

As per the report, Dakota has a net worth of about $5Million. Besides football, he also makes fortunes from his sponsorship and commercial deals. Regardless, he hasn't revealed how much he accumulates from it.

When it comes to relationship matters, Dakota is very open to his fans and followings; Via his social media, he gives his fans a space to sneak into his personal Life. The Bomber quarterback Dakota's marital status is married. He is the loving and romantic husband of his beloved spouse Blaire Prokup, a photographer. The couple dated for some before walking into the marriage aisle. 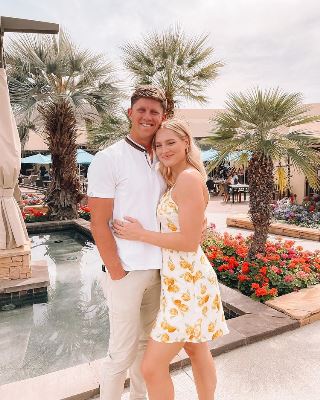 The Love birds are wedded on 6 May 2022, and they had a grant party in his hometown. The y are very supportive and encouraging of each other. Despite being married for tw years, the Prokup family is yet to have a baby. They are loving and living their marital Life to the fullest.

The Quarterback also utilizes his Instagram to publicize his brands and sponsors. Via his social, he keeps his fan up to date about his personal and career happening and events.