Deatrick Nichols is arguably America's finest football cornerback who plays for the Winnipeg Blue Bombers of the Canadian Football League (CFL). The 28-years-old player has been leading a happy love life with her girlfriend, Demya McCullough. The couple also shares a baby girl. Keep reading to learn more about his personal and professional life.

Deatrick Nichols was born on June 8, 1994, in Miami, Florida, the US making his age 28 as of 2022. He went to Miami Central High School in West Little River, Florida, where he played football and ran track. And in football, the 28-years-old player recorded 105 tackles, 12 interceptions and two forced fumbles in four years as the Rockets prevailed in state championships in his freshman, junior, and senior seasons.

Furthermore, Nichols committed to playing college football at the University of South Florida. There, his high school coach Telly Lockette was on the coaching staff. Talking about his college career, Nichols played four seasons for the South Florida Bulls and began at defensive back his final three years. The gridiron football cornerback came off the bench as a reserve defensive back in seven games and began one game as a freshman.

After finishing his college career, Nichols signed a contract with the Arizona Cardinals as an undrafted free agent on April 28, 2018. And on September 16, 2018, he made his NFL debut in the match against the Los Angeles Rams. Later, he was waived but again, on October 8, 2018, he was re-signed to the practice squad.

On December 31, 2018, Nichols signed a reserve/future contract with the Cardinals. Likewise, on August 31, 2019, he was waived by the Cardinals as part of the final roster cuts. Later, he went to another team, i.e., the Houston Roughnecks. 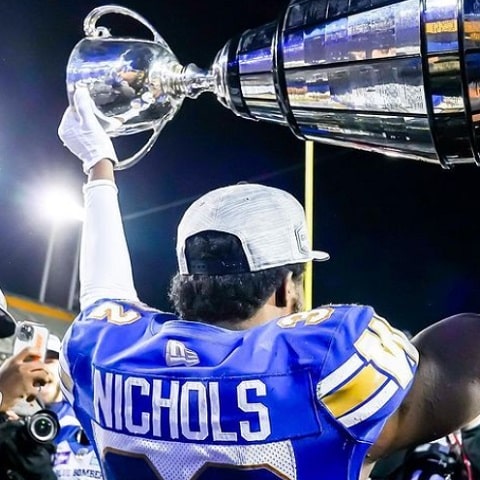 The Roughnecks selected him in the 39th Round of the 2020 XFL Draft. He recorded 24 tackles with a sack, six passes defended, and a league-leading three interceptions before the 2020 XFL season was withdrawn following increasing crises about the COVID pandemic. Nichols was set on the reserve league lists on March 23 after signing with the Saints. And on April 10, 2020, Nichols had his contract terminated when the league suspended operations.

Similarly, Nichols went on to play for the Winnipeg Blue Bombers of the CFL, and the team signed him on February 5, 2021. Since then, Nichols has been playing for Blue Bombers and has helped the team to win several titles.

Currently, Nichols plays for the Winnipeg Blue Bombers. So, from his current team, he must be receiving a good salary, but the amount remains under review. Previously, he played for the Miami Dolphins. With them, he had one year contract worth $675,000, as reported by Spotrac. 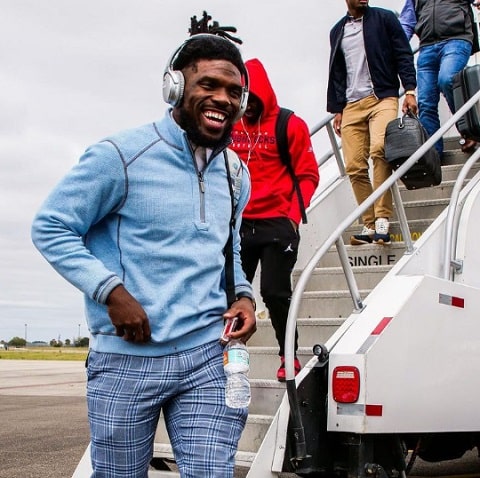 So, having such a high income, Nichols must have preserved a huge net worth which is speculated to be a million dollars. But the exact net income of Nichols is unknown. Meanwhile, some sources say that it is somewhere around $1 million to $5 million.

All of his earnings come from his profession as a professional football cornerback. Apart from that, he is one of the most loved athletes, and he has worked with some brands. So, from this, we can say that Nichols makes money from sponsorship and endorsement deals.

As of June 2022, he has gained over 5k followers on his Instagram account, where we can find him under the username @d.nichols.jr. From there, Nichols flaunts his lifestyle. Back in April 2021, he shared a photo of a supercar named Automatic Slingshot RL, which is over $26,799.00.

Personal Life: Details On His Girlfriend and Kids

Moving onto his personal life, the Winnipeg Blue Bombers cornerback is in a happy relationship with his girlfriend named, Demya McCullough. Analyzing his Instagram account, we can say that the couple has been together for a long time as they have already started their own family.

Nichols and McCullough have a daughter named D'Lailah. Nichols usually prefers to keep his personal details away from the media as he is highly aware of his privacy. Due to their lowkey nature, the details regarding their marriage remain under wraps. So, he has not made any post regarding his love life on his Instagram handle. 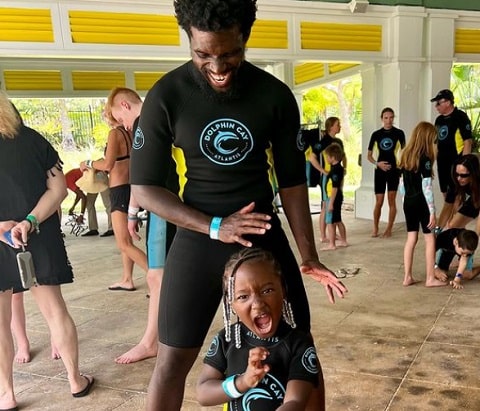 CAPTION: Deatrick Nichols has a daughter with his girlfriend SOURCE: Instagram @d.nichols.jr

Short Details On His Early Career

As mentioned earlier, Nichols grew up in Miami, Florida and was interested in sports from an early age and was a childhood friend of future South Florida teammate and present Cincinnati Bengals running back Quinton Flowers. Not to mention, Nichols is the son of Lawanda Nichols, and he also has a sister named La' Deatiea.

Being interested in sports from a young age, Nichols played football and ran track. Regarded as a three-star recruit by most recruiting services, he committed to playing college football at the University of South Florida. Furthermore, he had received offers to play from various teams, including LSU, Tennessee, Miami, and Clemson.

As a senior, Nichols recorded 56 tackles, 12 pass breakups and three interceptions. Not only that but Nichols was also named first-team All-AAC. During his collegiate career, Nichols had a record of 175 tackles, 11 interceptions, 24 passes defended, three forced fumbles, one fumble recovery, one sack and 14.5 tackles for defeat in 50 games played.

The skilled cornerback has an amazing athletic body. Talking about his physical appearance, Nichols reportedly stands at an average height of 5 feet 10 inches which is also (1.78m). On the other hand, he weighs around 189 lbs (86 kg).