The resident of Canada, Craig Andrew Simpson, reportedly earns around $150,000, as his yearly salary from the network, and as of 2018, he reportedly has an estimated net worth of over $15 million. He is married to his longtime girlfriend Jamie Sale and has a daughter Samantha Rae Simpson and a stepson Jesse Pelletier and three other stepchildren.

Craig Andrew Simpson was born on February 15, 1967, in London, Ontario, Canada to Donald Simpson and Marion Simpson. He holds a Canadian nationality and belongs to White ethnic group.

Further, Craig spent his childhood among his Brother Dave Simpson and sister Christine Simpson. Craig's star sign is Aquarius. Craig's brother is also a hockey player and his sister is a famous reporter for Rogers Sportsnet.

Craig joined Michigan State University and acquired his Bachelor's degree from there. Simpson was a hockey player since his college days. He worked for the Michigan State Spartans from 1983-85. Pittsburgh Penguins drafted him 1st round in the 1985 NHL Draft and later traded from there to Edmonton Oilers for Paul Coffey. 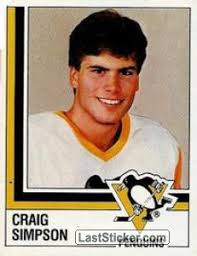 During his career with Oilers, he played along with Hall of Famer Mark Messier and Glenn Anderson scoring his career-high 56 goals winning Two Stanley Cups. Craig was caught in a career-ending injury in a game against Tampa Bay and he officially ended his career at the age of 28 in 1996.

Craig Simpson Net worth and Salary

Besides, Broadcasting career, Craig Simpson as a former hockey star made a good fortune from his career in Hockey. Before his retirement in 1996, his average salary was around $500,000 annually.

The Canadian sportscaster/anchor Craig Andrew Simpson has an estimated net worth of $15 million. As of 2018, the reporter receives an annual salary of $150,000 from his successful reporting career with Hockey Night in Canada.

Craig Andrew Simpson started his professional career with FOX Sports their hockey analyst and later worked as a color commentator for CTV Sportsnet. Simpson was also the assistant coach of Edmonton Oilers. 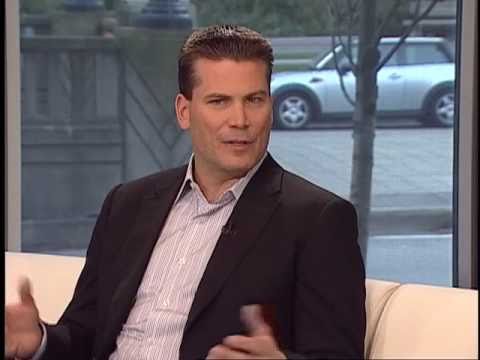 Simpson also worked for CBC tv along with Jim Hughson after resigning from Oilers. They both moved to Sportsnet after NHL Rights were gained by Rogers media in 2014. Moreover, they also broadcasted game between Oilers and Colorado Avalanche and after finishing the game they moved towards for the Hockey Nights In Canada.

Simpson is also the former color commentator for the EA Sports NHL franchise, along with play-by-play partner Hughson. He also appears for Carpet Superstores of Edmonton in TV commercials and print ads.

Craig joined Edmonton Oilers as a coach in 2005 and served as the team's assistant coach. He helped the team in the 2005-06 season at the Stanley Cup Finals.

Craig Simpson married to Jamie Sale on June 21, 2012. Jamie Sale was a figure skater and they were in an affair since 2009. Besides, they had worked together in the first season of CBC in 2009.

The couple has a daughter together named Samantha Rae Simpson, besides Craig had three children before getting married to Sale. Jamies also has a son named Jesse Pelletier before getting divorced from her first husband David Pelletier.

One of our favourite days of the year...helping families in need during the holidays #yeg @HolidayHamper ?? pic.twitter.com/TrZITQvmX8

The famous sportscaster and former hockey player is 6 feet 2 inches tall in height and weighs around 88 kg. Other than being a famous broadcaster, Craig is quite popular in social media with a huge number of followers.

He currently, lives in Edmonton, Alberta, along with his family, and has a beautiful home there.